I’d wager that many of you fine readers have struggled with the problem of being the odd-ball pagan trying to find acceptance in a family of hard-core Christians. That is a regular thing that happens down here in the bible-belt. It can be really challenging, especially for young adults just starting out.

For 15 years I lied and hid who I really was from my family which was both miserable and pitiful. I regret how I handled things. Here are a few tips to consider, should you choose to come out of your broom closet, too.

I’ve written several articles about my mother, her death and funeral, and my journey to reconcile my upbringing with my newfound witchery. On my article about how she haunted me after she died, I received this comment with a very important question:

Heron – looking back, what would/could you have done differently while your mother was still alive? I find myself exhausted by life in the broom closet, but our mothers are much the same in their religious perspective and I’m not prepared to sacrifice my family yet.  ~CB

What would I do differently?

If I had a do-over, I would find a way to show her the respect of an honest adult relationship, and come completely out of my “broom closet” for her to see.  I’d brave the storm of condemnation it could cause in the beginning, and openly be the woman of conscience that I was called to be–just like she was. I would do so respectfully, but firmly, regardless of her approval. She never gave a damn what people thought of her convictions. That is a pro-tip I learned from her.

I’d like to give her the chance to understand the fulfillment I’ve found through my unorthodox choices. I have no doubt that it would cause a fight. I hope would grow through adversity with each other, as she faced the fact that a beloved daughter became a priestess of a different Deity, and I faced the challenge of standing proudly on my sacred ground without flinching under her fire. I’d like to think that as that priestess of Aphrodite, I could set a high standard of unconditional, Divine Love, grace and beauty with my mother, and then allow her the chance to rise to that standard with me, until we found peace. <sigh>

Easier said than done, I know.

I go back to the commenter’s question and my eyes keep falling on the word sacrifice.  “Sacrifice my family…” But how would I “come out” without sacrificing my family? That is the key to this question.

The truth is, that when I began the tippy-toe steps out of the broom closet, one consequence was that my eleven year long marriage did eventually end, in no small part due to my religious convictions. So *I did* sacrifice one form of family that I valued very much. Though, I found other forms of family that were far better for us all; I can assure you that it was for the best.

I’ve thought on this question for a while and I don’t have any sure-fire answer to what works, but through blundering experience I do have a story to tell, and I’m a story-teller, so I’ll start there:

My mother and I had already gone down this road part-way, when I admitted under duress that my ex-husband and I weren’t Christians. Therefore, the odds of us taking our small children to church to learn about “the fear and admonition of the Lord” (no kidding, she used exactly those words) were pretty slim. Just for context, I was 32 at the time. It was also 9 months before her eventual death and she had no idea I’d just self-initiated to Witchcraft and helped form a coven.

My ex-husband is a physicist, so I told her a truth, that we were raising our children to understand the scientific explanations about the Universe.  Whooo, boy!  That went over like a fart in church! She chased me room to room, there was weeping, gnashing of teeth and rending of garments (sorry, I can’t help myself with the biblical references). It devolved to pleading about how being a mother meant she just couldn’t stop trying to save us as long as we were doomed to be parted from her for an eternity of torture in hell’s fires.

And what of her innocent grandchildren? How could we risk their eternal souls like this? It was at this point that she went hysterical. I can attest to the pointlessness of arguing with a weeping grandmother over the nonexistence of hell. Nor will it help to point out the psychopathy of a “god” who would torture “innocent children.” Just don’t go there.

In an attempt to end the haranguing about joining a church for the children’s sake, I confessed that I was newly a member of the local Unitarian Universalist Congregation, where I was taking them for religious education classes on Sunday mornings. My savvy readers will surmise that I was there as a member of the CUUPs Chapter, (Covenant of UU Pagans) but I didn’t have to mention that part.

She reared back, sneered and shook her head in disapproval. “Aren’t they New Age-y?” She practically spit out that last word. For such a beautiful woman, she could do hideous contortions with her face. Her lack of acceptance of even this tiny patch of common ground really wounded me. “Not really, Mom. They are mostly progressive Christians, but I am New Age-y, and they welcome me with love and acceptance. You should try it sometime.”

The fight became a stalemate, and then she went back home to Kentucky. Like so many arguments before, soon arrived more boxes filled with video tapes of televangelist shows, books by Pat Robertson and Joel Osteen, books refuting evolution, books warning of “cults” like the “new age” movement. There were pamphlets and daily devotionals all highlighted and notated in the margins. And the rub: Veggie Tales, a brand of Christian children’s movies for my kids, because, you know…patriarchal indoctrination is so much more effective when done by cartoon vegetables. <snark>

When Christmas rolled around I made excuses for why she couldn’t come back to see us for the holiday, because I had a Yule Sabbat to hold, and who wants that fight over Yule?  By March she was dead, so that was the last time we’d see my mother on this plane. I regret that.

10 Tips for your Coming Out Party

Please be advised that I am NOT any form of licensed therapist or legal adviser, but I spent precious years in therapy, and precious money on legal advice. So I picked up a few pointers on how to effectively stand my ground.

While all this proselytizing was highly irritating, I consider myself very lucky because my mom had no real sway over my survival. All I had to risk was the impassioned war of salvation she would wage, because the likelihood she’d stop talking to me was minute. Her *not talking* just wasn’t a possibity.

I was in no physical or legal danger.  I know she wouldn’t have tried to take my kids, or harm me in any way. Yet, those are real problems that happen with sad regularity. What advice I would offer other pagans in that situation is this: please show great care, diplomacy and discretion when broaching these sorts of hot-button topics with our loved ones. Be strong, but be safe. If the risk isn’t worth it, don’t go there until it is.

2. Be Willing to Walk Away

I learned through years of post-divorce therapy that the only way to maintain healthy relationships is to be willing to walk away from persistent abuse.  This includes emotional, mental and spiritual violations of your “freedom to pursue happiness.”

Have you taken time to communicate clearly with your family, establishing clear boundaries and expectations, and yet the abusive restrictions continue?  Then your simplest recourse is to remove your fine company from the reach of the abusive people. Leave, or ask them to leave. You have no control over other people’s behavior, but you DO have control over your own affiliations.

From The Wiccan Rede: With no fool a season spend, nor be counted as their friend. Think about it.

Any overt oppression of your Free-Will is a violation against nature itself.   If you are at risk to be harmed by your family members due to your differing religious beliefs, you are being abused. That is a violation of your constitutional rights.

The first amendment of the United States Constitution protects our free exercise of the religion of our choice. Should your family doubt the validity of this choice, know that Wicca was federally recognized as a religion in the 80’s in a variety of court decisions agreeing that it qualifies for protection under the first amendment.

As of the 1990 edition, the US Army Chaplain handbook has this lovely description of Wicca, with instructions on how to honor the spiritual needs of Wiccan soldiers.  If a soldier defending this country can have a pentacle on his dog tags, and on their grave marker when they are laid to rest in our National Cemeteries, then Wicca is s worthy enough pursuit for the average citizen, too.

Continue on to the next page for more tips… 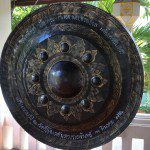 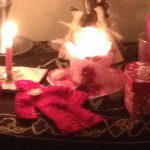 February 9, 2016 A Valentine's Love Spell
Recent Comments
0 | Leave a Comment
Browse Our Archives
get the latest from
Witch on Fire
Sign up for our newsletter
POPULAR AT PATHEOS Pagan
1 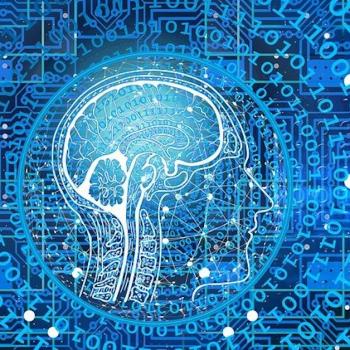