Chad of Cosmic Consciousness: The BroDude Tarot Dealer in My Head

The tarot cards in my hands are old now, and intimately familiar. Countless shufflings became a trance-inducing ritual and now just picking them up kicks off the descent. I flip the deck to half, split them into two hands; index fingers arch the cards backwards against their curve. Tension releases, and they are resolved together again with an arching shuffle of relief. Quick tap of their edges against the table reforms a neat stack. I pull a chunk from the center, throwing a few cards to the front, then to the back, until all cards are returned to one hand. Cut into three stacks, reform into one. Again from the top. I repeat these ritual motions until my own edges smooth, my layers align, and my mind is properly arranged.

Flip, arch, tap, pull, throw, cut, repeat. My hands work from muscle memory, keeping busy as my consciousness dives deep, breathing slowing, mind’s eye focused inwards and downward to where the wyrd flows through. It does get weird down there – that is where I find my BroDude, tarot-dealing “spirit guide” named Chad.

I raise my eyes at last to find my client’s, who’s been sitting in quiet observance of the ritual across the table from me this whole time. I’ve found that the mere observance of this process mystifies and calms them, too. I place the deck longways between us, my fingers reverently placed atop my end.

To my client I say: I invite you to join me in placing your fingers along the cards, and open yourself in a mindful, prayerful way to Highest Divine Guidance. Hold in your heart and mind your concern, but do not speak it aloud just yet. I prefer to know nothing before we begin.

I breathe deeply now and send The Ping.

The ping is when I energetically surge forward from within my own consciousness, through my hands, through the cards, seeking my client’s consciousness. The Spirit in me pings the Spirit within you. I’ll feel the reverberating answer back, like echolocation. It is here that I find my client at the deepest levels of Spiritual entanglement, and receive ultimate consent. I will know whether or not to proceed, and come away with the first tingles of intuition about whomever sits across from me.

I pray aloud: Great Ones! We open this reading with the intention and the prayer that all that we do today be for the good of all involved, harming none. We open ourselves to Highest Divine Guidance, seeking clarity and instruction so that we may live most effectively. I offer these cards as the vocabulary, and my voice as the interpreter; guide both in a clear message that is understandable and beneficial. Blessed be.

I sit back now, and ask my client to shuffle the tarot cards for themselves. This tends to be either awkward or funny. I make sure they know that it doesn’t have to be a fancy casino move, just put their own mix on the cards until they are happy with them.

When they finish and present them to me again, I cover the deck with my right hand, and close my eyes. I breathe deeply once more, and open my third eye to find Chad of Cosmic Consciousness at his blackjack table.

“Chad” has long been a kind of “Spirit Guide” of mine regarding divination. When I first began this practice of reading tarot for others, he appeared in my mind’s eye. I’d ask in my head if the cards were yet ready to deal, and eventually this tableau of a blackjack table at a casino began to form. The green felt of the table, the hot, white spotlight centered at the dealers hands, edges of the scene fading to darkness. At first I only perceived a deck of cards upon the felt, and his nimble hands.

Are they ready to deal? I’d ask of Spirit, and the hands would react. If they are ready as is, he taps the top of the deck with his index and middle finger, and I know we are done. Here we stick. If he shuffles, I shuffle the same way. Between each action, I repeat the inquiry, and pay attention. I do whatever the hands show me until he taps them and withdraws.

Then, I mostly just deal from the top. In other rare cases, the hands show me to spread the deck out in a line and allow the client to draw their own cards, placing them where I instruct. No matter how Chad guides the cards, the results are astonishing. In all my years, with all these clients, they’ve never been “wrong.” Some of the most hardened skeptics who’ve arrived at my table to test and discredit tarot as a charlatan’s game, end up ugly-crying from the confirmation of Divinity that this ritual can reveal.

Who is this BroDude Tarot Dealer that lives in my head?

Since this vision first began within my practice, it has grown in detail. More than just his hands, I can now see the fullness of this scene. Chad stands in authority behind his blackjack table, and I am sitting across him on his right, so that my vision of him is at an angle, and I perceive the shades of other players sitting there. I guess he’s dealing to more readers than just me.

Chad is a hottie, as males forms go, though not really my type. He’s a “Ken doll” come to life. He appears to be around 25, wearing the uniform of green visor, tuxedo shirt, black bow tie, and vest. He is broad shouldered and muscular, with clipped, honey blonde hair that has a slight curl to it. He is clean-shaven, with the square jaw, flashing perfect smile, and hazel eyes of your typical good ol’ American white boy next door. He never says a word, but communicates volumes through his expressions and actions.

How do I know his name is Chad? That part is both the lesson and a joke. He just looks like a stereotypical BroDude – he looks like A Chad™ – like the frat boys I avoided in college, and to be fair, would’ve had nothing to do with me, either. The irony burns. One day while I was attempting to describe him, the name just stuck. Never underestimate A Chad™, because they can surprise you.

Chad is a personified aspect of my own consciousness, that part of me connected at the most cosmic levels of consciousness. I think he is a reflection of some part of me that needed objective feedback to this nebulous process – giving guidance that transcends my ego or expectations. When my subconsciousness applied form to that, a BroDude blackjack dealer was the mysterious choice. Go figure.  Though sometimes my friends speak about Chad as though he is a separate being, I doubt that. Separateness is the illusion, as they say.

Or maybe not. For all I know, Chad could be my patron Hermes or Mercury himself. The tricksy God of mediumship and magick shows up in all manner of guises. All those old Roman statues of him really are quite dandy, so who knows?

In meditation, I’ve spent time there at his blackjack table asking him questions, like: Why him? Why me? WTF? He winked at me and smiled a rakish smile, and took me all the way back to my earliest witchling days – to the art-school chica in combat boots, budding feminist, burn-down-the-patriarchy, nose buried in poetry books teenager with a massive chip on her shoulder. This modern, athletic, first world BroDude is the polar opposite of that chica’s idea of “mystic” or “magick” or “occult,” and yet, there he is, challenging every stereotype. Isn’t that just the best lesson to keep a witch from getting too smug within her romantic macabre aesthetic? I find all of this quite hilarious, but it works for me. Good ol’ Chad; he is a really helpful fellow.

If you divine with tarot cards (any sort of oracle cards) I encourage you to develop your own shuffling ritual. Close your human eyes, and open your intuitive inner eyes. Apply the same techniques of breathing, centering and seeking Spirit that you would for any magick you do. Consider divination an interactive prayer, and speak your part aloud – then listen and look very carefully. Ask for a vision of what next to do, and then allow the images to form. Don’t question them, just follow them. If you do get some sort of consistent imagery over time, explore that further, gather details, and allow it to bloom fully in your imagination. The more you work within this thought form, the more powerfully it will work with you.

If you get down the rabbit hole and end up at Chad’s (Hermes?) blackjack table, send him my regards. Or better yet, look to your left and I’ll likely be the last witch on the corner.

P.S. To all the Mystical AF occultists out there, whose well-meaning mothers named Chad, I have no doubt you are totally legit. I beg your forgiveness for the application of stereotypes. Alas, there are plenty that hold true for the blonde/blue/Michelles of the world, too. Which is why you can call me Heron. 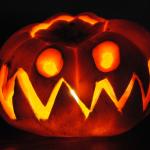 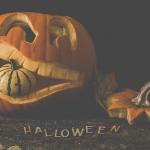 Solitary Self-Initiation or Dedication. Does It...
3 Pagans and a Cat
Related posts from Witch on Fire