Are You Prepared to Serve as High Priestess?

I’ve been tasked by my coven to write an essay about what it means to become a High Priestess or Priest. Meaning, not just in service to The Divine, but also representing our neo-pagan religion to the middle world as clergy. A High Priest/ess could autonomously form and run their own coven, or even found a new tradition of witchcraft. They take on the responsible guidance and advocacy of our people. Working with the Gods is one thing; people are a whole other bag of cats! How does one know that they are ready to bear the burden of that sort of authority? How do the rest of us know anyone bearing that title aren’t just full of themselves?

This assignment drug up all sorts of old wounds and fears, as I sought an answer for what attributes I consider worthy of that title.

Witch Wars are too Common

Which got me thinking about the High Priestesses and Priests I’ve known personally, and how their position seemed fraught with social peril. Way too often, our witching communities go to battle…against each other.  I’ve witnessed those whom claim all sorts of advanced cosmic power do some stupid, divisive crap – usually during a mercury retrograde, when they should know better – which leads to a clash of unchecked egos, and projection of fears, which inevitably lead to a mass stake-burning. Some call these witch-wars, and there have been a disgraceful plenty of them. This is why we can’t have nice things, people!

Fair Warning: I’ve been in a particularly surly mood of late. But, that was obvious when I wrote How to Avoid Being Burned at the Stake: A Guide for Pagan Leadership. Frankly, I’m tired of having my heart broken. These last 16 years, I’ve watched some of the most laudable and enlightened witches, priests and priestesses I know, withdraw in disgust. Meanwhile, some of the most shallow, most suspect, most questionable jerks grew in fame and acclaim. It baffles me what passes for acceptable witchery these days.

It was into one of those post-war exoduses that I stepped in long ago, and tried to keep the lighthouse fires burning. I wasn’t remotely ready for that job, but at the time, my choices were limited: jump in and do my best to keep things going, or give up and watch everything we’d built crumble.

To be involved in the pagan community should be a gift. A Priest/ess’ volunteer work in building that community should be a sacred offering made and received with Love. But in an unsustainable system it becomes a burden. Over-burdened people will eventually give out. They can’t keep bleeding themselves dry for others, unless there is some sort of return to replenish them. They will stop investing every spare dime, and every waking moment, to create spiritual opportunities for other people, just to have them show up and act like entitled jerks.

The greater your awareness, the deeper your humility.

If I’ve learned anything at all about Witching these last 25 years it boils down to this: The more you learn, the more you fathom how much you have left to learn. The most problematic Priest/esses I’ve met lead with their titles, degrees, and a string of fantasy-novel names. They openly denigrate others, while boasting about how fast they’ll curse their enemies into a greasy spot on the astral floor. Moreover, no matter how hard the Universe kicks their ass for it, they never seem to learn from their mistakes. They eventually descend into madness and ruin.

I can’t help but think of this line in the Wiccan Rede (long form) which states, “Live and let live; Fairly take and fairly give. (1)“ So obvious; So overlooked. The Rede also states: “Merry meet, merry part; Bright the cheeks, warm the heart. (1)“ The most pompous asshole “High” priest I know explained this line to me. It advises witches to treat each other lovingly, and respectfully – both when they are together and when they are apart. This way we’ll live happier lives, and build supportive communities. I agreed with him totally. Shortly thereafter he was arrested, and is currently serving prison time. This, more than any other disappointment, broke my trust in anyone’s claim of being a “High Priest.” I could give you a list of names, but they already suspect this post is about them, and they don’t need any more vainglory.

A Rarity of Luminaries

A true luminary will have figured out that we are all Divine beings within the ONE. Harboring ill-will and mistreating others is tantamount to poisoning yourself and waiting for your enemies to die. It is self-defeating and therefore a dumb thing to do. People who brag about harming others on purpose, are basically broadcasting that they are a still a novice.

Those true servants of The Divine (that I’ve met, anyway) may never mention their most excellent pedigree; nor their 23rd degree, grand-pubah status in well-regarded mystery schools; nor the 42 feats of magick they accomplished before breakfast that morning. They’d be more of the: “Soft of eye and light of touch, speak ye little, listen much” types (1).

A luminary worthy of our attention usually just smiles, shakes your hand and introduces themselves with their first name.  But when you take that hand, you feeeeeel it…that sense of radiance and calm. They are substantial, balanced, compassionate, and fully present with you in that moment. They are powerful, but they transmute that power into simple being-ness. Their subtle confidence is both terrifying and tantalizing.

The laudable witches I’ve met are strong and sovereign, yet unassuming and approachable. They’re channeling the Power so hot they become a catalyst for others. Proximity is all it takes to ignite the witchflame within yourself. Not to follow them, mind you, but you’ll suddenly have the inspiration to take up your own torch, and illuminate the darkness for yourself. I could give you a list of names, but I know that would only embarrass them. That is another way I know they are legit.

The Problem of Leadership Loss

Approve or disapprove as you will, a fully actualized High Priestess or Priest would be beyond caring about your petty egocentric posturing. The problem we have as a community, is that after a Priest/ess figures this enlightenment thing out, we tend to push them away – because we don’t like what we see in the mirror they hold up to us.

This is our profound loss, my people. It is our loss that many of greatest attainment and at-one-ment –  were so heart sore from the insane squabbling within our community, that they quietly retreated from the public eye altogether. When I was a neophyte, the mentors I sought were already retired to some nice cottage on the lunatic fringe, with no more f*cks to give. Now, I can hardly blame them. I reeeeally get it.

And yet, I don’t want this problem of leadership loss to continue. That recipe of “blind leading the ignorant” clearly doesn’t advance our cause.

Are You Prepared to Become a High Priestess?

I’ve meditated on this “High Priestess” question for 2 weeks, and this is what I’ve come up with so far:

You are ready when you no longer want the job. That shiny moon crown no longer seems “cool.”  When the trappings, powers and privileges – that before seemed such an honorific – are now clearly understood to be the thorny crown, the burden to bear, and the personal sacrifices you know will hurt like hell. When your mind screams RUN FAR FAR AWAY! But your heart stays and leans into the pain, because that is the only way to heal our mutual wounds. When you know exactly how far you have yet to go, but the urging of your Divine Guides is so clear, and so insistent, that they will not be ignored…

So, with full awareness, free-will and a sane amount of trepidation, you accept the commission anyway and get to work. Whether anyone else recognizes that with a shiny moon crown, or not, really doesn’t matter anymore.

That is my answer, but what does it mean to you? 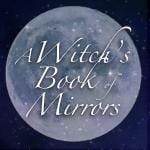 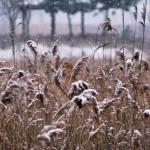 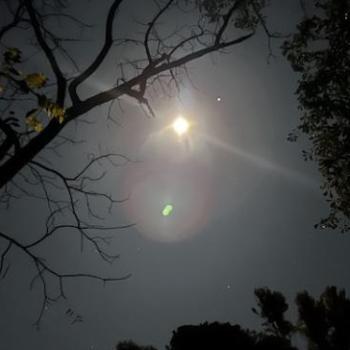 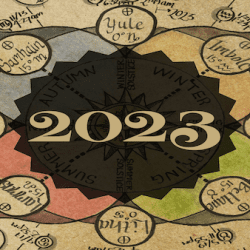 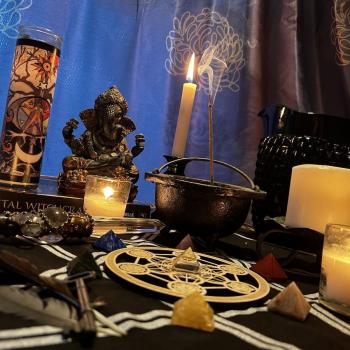 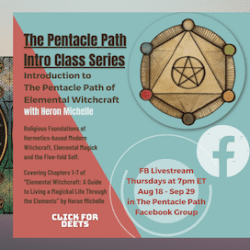