Because Of “A Charlie Brown Christmas” 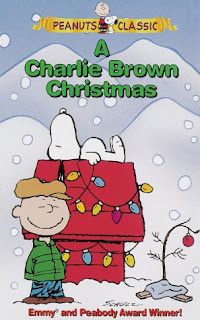 A reflection for December 9, 2009 from The Little Blue Book: Advent & Christmas Seasons 2009-2010. I have no idea who wrote it, but after yesterday’s Gospel reading,  it hits the mark.

“I said if I were going to do a Christmas show, we have to use the passage from St. Luke (about the birth of Christ).”—Charles Schultz, creator of the “Peanuts” comic strip

On this day (December 9) in 1965 (I was two years old!) the classic “A Charlie Brown Christmas” premiered on TV. It was based on the infancy narrative of St. Luke. In the plot, Charlie Brown tries to find the true meaning of Christmas. Linus recounts the story of the birth of Jesus.

The program won an Emmy and a Peabody Award, and led to more than thirty additional Peanuts TV specials.

The musical score for “A Charlie Brown Christmas” was written by jazz pianist Vince Guaraldi (listen to an excerpt here). Guaraldi died at age 47 in 1976 (he was 36 years old when he wrote the score). He is buried at Holy Cross Catholic Cemetery in San Mateo, California.

Charles Schultz’s first job was as a cartoonist at a Catholic magazine, Timeless Topix. In January 2000, Schultz decided to retire his cartoon strip. Just hours before the final “Peanuts” cartoon appeared in Sunday papers, on February 12, 2000, he died in his sleep.

“And behold, Elizabeth, your relative, has also conceived a son in her old age, and this is the sixth month for her who was called barren; for nothing will be impossible for God.” Mary said, “Behold, I am the handmaid of the Lord. May it be done to me according to your word. (Luke 1: 36–38)

Mary speaks in only two of the four Gospels: twice in Luke (both times in the infancy narrative) and twice in John (both times at the Cana miracle). The words that Mary speaks in today’s passage are among the best known words in scripture: “Behold, I am the handmaid of the Lord. May it be done according to your word.”

These are words of total acceptance of God’s will. These are words we could say at the beginning of every day. It takes just four seconds. Mary wasn’t saying, “This is wonderful. Of course, I’ll do it.” Instead she was saying, “This isn’t what I had planned, and I’m not sure I understand, but I’ll do my best to do what the Lord wants.”

What is it like to say words to that effect on any given day? Or at the beginning of every day? Try it. It’s powerful stuff!

Tell me about it. In fact, let’s have Linus tell us about it.

And how about some Vince Guaraldi too?