Would You Believe Because of Crony Capitalism? UPDATED

Would You Believe Because of Crony Capitalism? UPDATED January 22, 2012 Frank Weathers 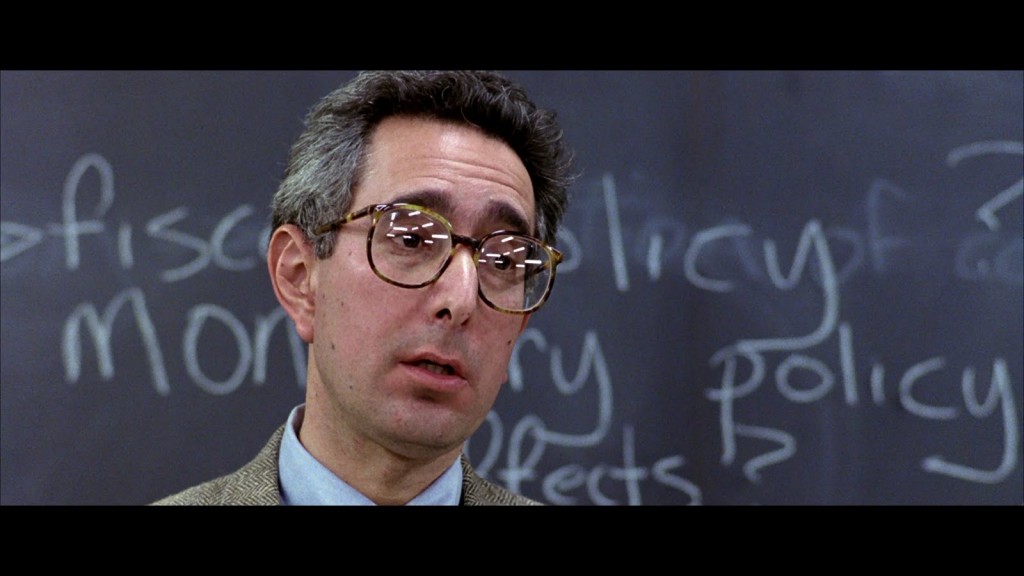 Would that really surprise you if I said that one of the reasons why I am Catholic is because of Crony Capitalism? Well it shouldn’t, if you think about it. Perhaps you haven’t read Caritas In Veritate, or looked into the the Social Doctrine of the Catholic Church. Maybe you skipped over all of those posts I wrote when I was being a Rand Buster™.

The truth is, Catholic thought on economics shines a very harsh light on the economic system in place today in our country. That’s because it isn’t one based on free markets and free enterprise any longer. Hadn’t you noticed? And I’ll put this to you bluntly too: I’m a citizen of the United States, but not a supporter of The Thing That Used To Be The Free Enterprise System. So in the free market of ideas, when I discovered the thoughts of the Catholic Church on economics, another light went on and I knew I was home.

So I’m going to do something foolhardy now, dear reader. I’m going to post an hour long video from the eevil librul (I haven’t trademarked that yet, but I might) named Bill Moyers from his show which aired on the PBS affiliate in my area this evening. It’s all about Crony Capitalism. What it is, and how over the last 30 years our system has morphed into this crazed monster that is no longer recognizable as the economic system we used to have in the United States.

In the show, Mr. Moyers interviews David Stockman. Remember him, Bueller? His ideas were called “voodoo economics” by President Bush I. He was Ronald Reagan’s “supply-side” economic advisor back during the glory days of It’s Morning in America. Mr. Stockman lays it all out in this interview, so if you think Ron Paul is crazy, he’s starting to have some really good, and crowded, company. Especially when Stockman notes that the high-end mucky-mucks running the financial show in the Obama Administration are the poster children of Crony Capitalism. Shocking (um, Not!). But the real eye opener is when he blasts the Federal Reserve System and its machinations to try to heal our system with the drugs of cheap money instead of the radical surgery needed to save the patient.

Also interviewed in the show is author Gretchen Morgenson, who will warn us that the Obama Administration has also done nothing to prevent another meltdown like the one we experienced over the last several years from happening again. Obviously, not many folks have been prosecuted or jailed for what took place. Fannie Mae and Freddie Mac figure prominently in her discussion with Moyers too, and seeing how the winner of the South Carolina Republican Primary, Newt Gingrich, was all eat up with Freddie Mac lobbying money, you might think twice about jumping on his bandwagon.

So sit back, relax, grab a beer, and some popcorn, and watch the surreal experience of Moyers explain why he no longer identifies with being a Democrat, and David Stockman saying the same about the Republican party. See, they didn’t say it but it’s because the Demoblican/Republicrat Juggernaut is not the parties that they recognize any longer. Neither do a lot of us, at home and abroad. That’s because it is the Plutocracy Party.

Moyers & Company Show 102: On Crony Capitalism from BillMoyers.com on Vimeo.

UPDATES: Crony Capitalism is all about profits, not patriotism. And Devin Rose asks, why not distributism? My short answer would be that distributism sounds good, but what with the massive amount of “rent-seeking” behavior going on, the force of law, and law enforcement, needs to roll back the Cronies first. Meanwhile Nicolas Nassim Taleb and Mark Spitznagel late last year expounded on The Great Bank Robbery that has gone down and ways to reign the banks in.

January 22, 2012
Señor Santo Niño Comes To My Neck of the Woods
Next Post

January 23, 2012 Sign the Petition for the "Life At Conception Act" UPDATED
Recent Comments
0 | Leave a Comment
"Vaya con Dios, Leonard; Rest in Peace."
AnonCollie Leonard Nimoy Explains The Origin Of ..."
"Thank you for sharing"
Andy To Break My Fast from Being ..."
"I've seen Matt Maher live four times...twice since this song was released. I absolutely love ..."
Veritas81 WYD Flashback With Matt Maher, And ..."
"Yes, and Dolan should have corrected the scandalous and wrong decison of his predecessor when ..."
sixbunnies Archdiocese of New York Health Plan ..."
Browse Our Archives
get the latest from
Catholic
Sign up for our newsletter
POPULAR AT PATHEOS Catholic
1