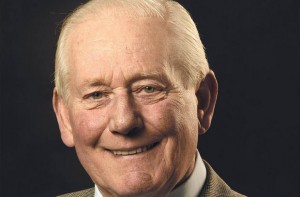 Last week, we lost Earl Scruggs. Today, news of the passing of another giant of the music industry.>

You see, Les Paul and Leo Fender brought us awesome electrified guitars. But Jim Marshall revolutionized the SOUND of the electric guitar. There would have been no “wall of sound” without stacks of Marshall amplifiers, even if Phil Spectre had wanted there to be.

Below is his obituary, as published by the Associated Press. I’m sure Rolling Stone is working one up too.

LONDON (AP) — Jim Marshall, who helped shape the sound of rock ‘n’ roll with his groundbreaking amplifier designs, died in a hospice Thursday morning, his family said. He was 88.

Marshall had cancer and endured a series of strokes, including several that were severe, his son, Terry Marshall, said.

“My wife and I were with him when he passed away,” his son said. “He got cancer toward the end of last year, and had surgery for that, and it came back. He was in a terrible state the last five or six weeks. He’s in a much better place now.”

Jim Marshall was long associated with the heavy guitar sounds his amps helped popularize in the 1960s, when Pete Townshend of The Who, Jimi Hendrix, Eric Clapton, Jimmy Page and others turned to stacks of Marshall amps to create a thunderous hard rock sound.

He was not looking for musical precision in his amplifiers, but wanted a sound that conveyed raw, fuzzy power. Aficionados credit him with developing the “amp stack” that allowed garage bands to make a powerful noise in small dance halls and gymnasiums. 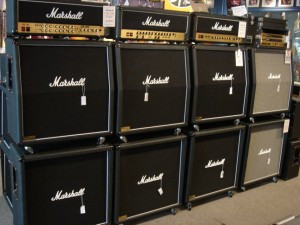 Terry Marshall said the first amp was produced in 1960, a few years before the musical explosion that would give guitar-oriented rock its place in music history.

The first Marshall amps didn’t look like much — just a simple black box with a speaker inside and basic controls on top — but they packed a formidable punch.

Jim Marshall turned his amplifiers into a successful business, keeping much of his production in England. The company is based in a small factory near Milton Keynes, north of London. 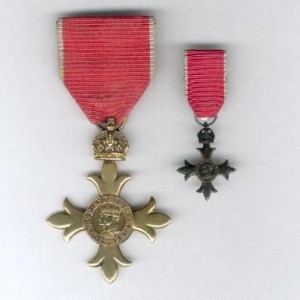 Marshall was proud that he resisted suggestions that he shift all production outside of England to save costs.
He remained a fan of heavy metal rock — and of Cuban Montecristo cigars and single malt Scotch — well into his 70s. He kept a drum set in his office.

In his later years, Marshall became involved with numerous charities and in 2003 was made an Officer of the Order of the British Empire by Queen Elizabeth II for his successful export of British-made goods and his various charitable deeds.

For God and the Empire? Indeed. There is no substitute for a Marshall stack. Just as these guys (H/T Fr. Christian Mathis),

April 5, 2012
A Petulant POTUS, or an All-Powerful Genie?
Next Post

Good News: First State DNA Privacy...
Through Catholic Lenses
Related posts from Why I Am Catholic