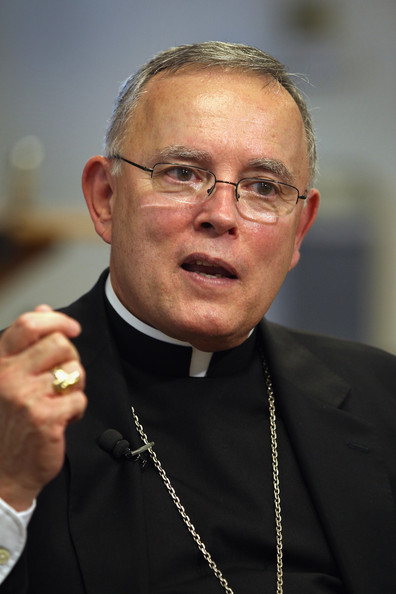 Several of the Patheos Catholic Portal bloggers (Elizabeth Scalia, and Deacon Greg Kandra) are in Indianapolis for the Catholic Media Conference. Last night, Archbishop Charles Chaput, my favorite Franciscan, gave an important speech at the conference to set the stage for the kickoff of today’s Fortnight for Freedom call to prayer.

I’ll share a bit of the speech with you below. For the sake of brevity, and for the ease of memorization, I’ve summarized his five main points here.

1. First, religious freedom is a cornerstone of the American experience.

2. Freedom of religion is more than freedom of worship.

3. Threats against religious freedom in our country are not imaginary. They’re happening right now. They’re immediate, serious, and real.

4. Unless we work hard to keep our religious liberty, we’ll lose it.

5. Politics and the courts are important. But our religious freedom ultimately depends on the vividness of our own Christian faith–in other words, how deeply we believe it, and how honestly we live it.

Freedom is never “free,” and it never comes free of costs. The blessings of liberty that has been purchased at so high a price for us, by our ancestors who fought and died defending the Constitution, and by the martyrs for the Faith who shed their blood rather than renounce their allegiance to God, will we now dishonor their sacrifice by rolling over to these threats to our liberty? I pray not. Here’s a bit from Archbishop Chaput’s speech.

We need to look honestly at the arc of Catholic history in our country. The lessons may not be comforting. American Catholics began as an unwelcome minority. The Church built her credibility by defending and serving her people. She developed her influence with the resources her people entrusted to her. A vast amount of good was done in the process. We need to honor that. But two other things also happened. The Church in the United States became powerful and secure. And Catholics became less and less invested in the Church that their own parents and grandparents helped to build.

I think it’s fair, in part, to blame Church leaders for a spirit of complacency and inertia, clericalism, even arrogance, and for operating off a model of the Church–often for well-intentioned reasons–rooted in the past and out of touch with reality. But there’s plenty of blame to go around. Too many ordinary Catholics have been greedy, losing themselves in America’s culture of consumerism and success. Too many have been complicit in the dullness–the acedia–that has seeped into Church life, and the cynicism and resentment that naturally follow it.

These problems kill a Christian love of poverty and zeal. They choke off a real life of faith. They create the shadows that hide institutional and personal sins. And they encourage a paralysis that can burrow itself into every heart and every layer of the Church, right down to individual Catholics in the pews. The result is that Philadelphia, like so much of the Church in the rest of our country, is now really mission territory–again; for the second time.

My point is this. We live in a world of illusions when we lose sight of who Jesus Christ really is, and what he asks from each of us as disciples. One of novelist Ray Bradbury’s characters once said, “I wonder if God recognizes his own son the way we’ve dressed him up, or is it dressed him down?  He’s a regular peppermint stick now, all sugar crystal and saccharine.” Father John Hugo, a friend and counselor to Dorothy Day, put it even more forcefully when he wrote of our “falsified picture of Jesus [with his] eyes perpetually raised to heaven, soft, even girlish in beauty, [the] very incarnation of impotence.”

The real Jesus, in Hugo’s words, “did not hesitate to condemn the rich, to warn the powerful, to denounce in vehement language the very leaders of the people.  His love and goodness were chiefly for the poor, the simple, the needy. And his love for them was not a limp, indulgent love, like that of a silly, frivolous mother. To his friends he preached poverty of spirit, detachment, the carrying the cross. No more did the kindness of Jesus spare his followers, than the kindness of God the father spared his son. We are to drink of the same chalice that he drank of.”

That’s our vocation. That’s the life of honesty, heroism, and sacrifice God calls us to as a Church and as individual believers. And in our eagerness to escape it, to tame it, to reshape it in the mold of our own willful ideas, we’ve failed not only to convert our culture, but also to pass along the faith to many of our own children.

Share it around, will you? It needs to been seen by many.

Tony Rossi shares a judge’s historic ruling on “the right to believe.” 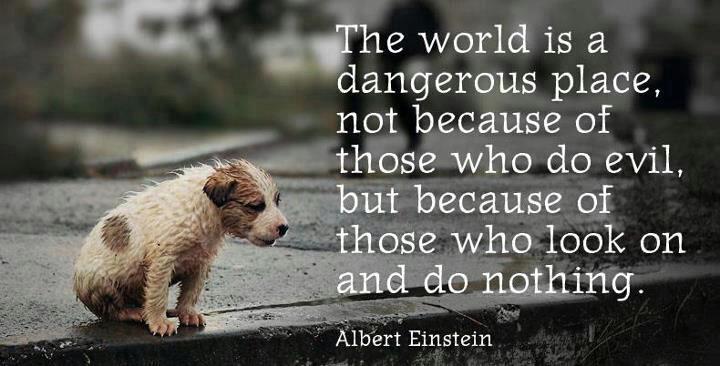 June 20, 2012
Did You Hear the NPR Piece Today on the "Fortnight for Freedom?"
Next Post

June 21, 2012 Archbishop Lori's Op-Ed in the Washington Post
Recent Comments
0 | Leave a Comment
"Vaya con Dios, Leonard; Rest in Peace."
AnonCollie Leonard Nimoy Explains The Origin Of ..."
"Thank you for sharing"
Andy To Break My Fast from Being ..."
"I've seen Matt Maher live four times...twice since this song was released. I absolutely love ..."
Veritas81 WYD Flashback With Matt Maher, And ..."
"Yes, and Dolan should have corrected the scandalous and wrong decison of his predecessor when ..."
sixbunnies Archdiocese of New York Health Plan ..."
Browse Our Archives
Related posts from Why I Am Catholic