A Business Contract With America? It’s Not Enough UPDATED 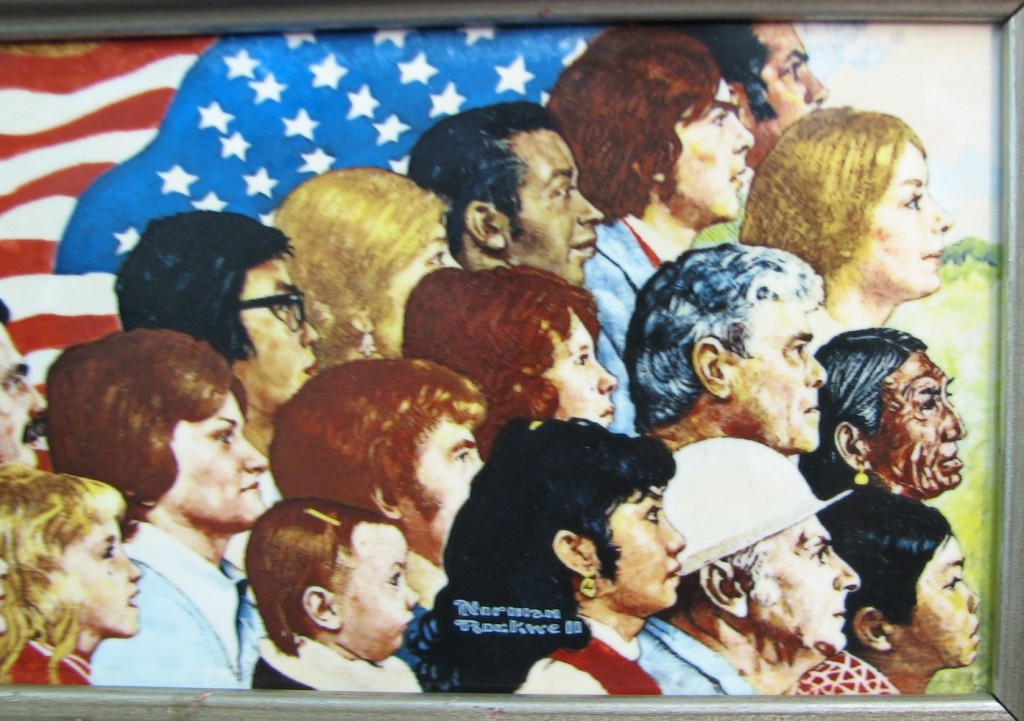 Timothy Dalyrymple is a published author, and a Ph.D. While I was learning to field strip an M-16, he was learning about Kierkegaard. He’s also got more degrees than you can shake a stick at. He’s generally a good guy, means well, wants the best for our country, and on top of it all, he lets a lightweight like me stand up on my wee little soapbox and hold forth on why I am Catholic.

Timothy, managing editor of the Patheos Evangelical portal, has been hanging around lately with the likes of Hugh Hewitt, “a nationally syndicated radio host with Salem; he’s also a brilliant law professor and practicing attorney, an accomplished author, and a true leader in the conservative movement.” When I lived in Southern California, I used to watch Hewitt  on KPBS from time to time.

Anyhoo, Tim and Hugh are very concerned about the Romney campaign having being caught flat-footed by the Supreme Court Decision on healthcare reform. And they sure were, weren’t they? Blindsided is more like it. Over on his blog, Hewitt writes that,

it is clear the GOP doesn’t yet get the enormous, urgent need to lay out a detailed timeline for repeal, one that not only underscores the resolve of the party but which promises accountability.  Governor Romney, Speaker Boehner and Senator McConnell would harness the powerful energy of the grassroots in a way not seen in years if they appeared together in the near future and unveiled just such a plan, one replete with the specifics of how repeal is accomplished and the target dates for getting it done, target dates that don’t accept the “washington way” of doing things but instead convey their collective resolve to act as though the economy really and truly needed repeal.  Such a plan would in essence be a “Contract with America” with only one promise, but the one that matters most right now: Repeal by a date certain, a date that is in black and white and backed up by the pledge of the nominee and the leaders of the party on the Hill, a repeal that would remove the cloud and by necessity be accompanied by budget that tackles the entitlement issues.

These words, and hanging out with Hugh at a conference, inspired Timothy to come up with the idea that the better bet would be to draft  a “Business Contract with America.” I guess the business angle is supposed to give us all warm, fuzzy feelings regarding the benevolent moves of the invisible hand which, in case you missed it, hasn’t been invisible since FDR was president. The late Alfred D. Chandler, Jr., wrote all about this fact in The Visible Hand: The Managerial Revolution in American Business. That’s a great book, by the way, and should be required reading for those interested in the history of big business. Of course, that history was written about an America that made things, while nowadays, she tends to just consume things made by others.

Back to the business contract idea, over on his blog Philosophical Fragments, Tim writes,

There are advantages to focusing like a laser on this issue (ed. the ACA, aka “Obamacare”).  What I would recommend, though, is a Business Contract with America, where the first point is the kind of detailed commitment to repealing Obamacare that Hugh describes, given the massive burden that Obamacare will place on our national economy in the years to come.  The second part would be Romney’s plan to get the economy humming again, and the third part would be entitlement reform.  One could also include energy and immigration reform as the fourth and fifth parts of the plan, but the Romney campaign and leading Republicans on the Hill (since they would inevitably, regardless of what their plans actually said, be painted as hating brown people and wanting to destroy the planet) may prefer to focus on the first three issues.

Among the advantages of a “Contract” approach are:

Whereupon I get up on my tiny soapbox and note that if Alfred P. Sloan, Jr., CEO of General Motors from 1923 to 1946, were running for President, I might buy into this “business contract” idea. Sloan, too, wrote a book that should be required reading entitled My Years With General Motors.  But before I get excited about any “business contracts” that the Romney campaign comes up with, complete with high sounding, pie-in-the-clear-blue-sky, All-American ideals, I recall that Mr. Sloan is dead, and Romney ain’t his brand of manager. The Romney Business Model, see, is more along the lines of the Michael Milken school of business: buy up companies, split up their parts, send jobs overseas, or eliminate them totally, then sell said companies off to the highest bidder, pocket the proceeds, rinse, repeat. Perhaps it will make a great memoir someday, with the catchy title My Years With Bain Capital, though I doubt it would become the classic that Sloan’s book rightfully is.

Not that President Obama is any better at managing the economy, and he quite possibly may be worse. Look. I’m not a brilliant lawyer, renowned professor, sought after speaker, acclaimed author, talk show buzz generating talking head, nor self-appointed party spinmeister, etc. I’m a simple man. Simple enough to have sworn an oath to defend this country, and her principles, at the risk of life and limb. Simple enough to know that when folks, especially Christians, start drafting platforms for political parties with “business” as the center point, nay, the key selling point, we’ve lost our way. Voting “for plans and not just principles?” Principles are the foundations of plans, and unfortunately for the GOP, there isn’t a hell of a lot of difference between the party platforms of either major party. It’s ludicrous to pretend as though there still is.

To summarize my little soap-box diatribe, full of sound and fury, perhaps signifying nothing, I argue that putting together a “Business Contract With America” may excite the 1% (and I don’t mean the 1% that has served our nation in the military), it may even excite the other top ten percent of the wannabee-on-top-o’ the pyramid types, but I would hazard to say that the rest of us would be completely and utterly underwhelmed. It underwhelms me, for sure.

Appeal to my sense of duty, honor, and country. Stop appealing to my wallet, and how by voting for Romney, I’ll keep more of my greenbacks safe for democracy.  If that’s all there is to entice me, hear me yawn. Because I am the one percent who has been happily, and cheerfully, lugging, and sacrificing, for the principles, not plans, that were drafted eloquently in a document 236 years ago.

Here, my brothers and sisters in arms, GI Joes and Janes, the backbone of this nation, the future leaders, entreprenuers, mothers, fathers, captains of industry, dreamers, writers, etc., who serve this great country of ours for her principles, read such words for us.

To all political candidates, I would suggest the following: Appeal to our better selves, or fade away.

Is the ACA the last step towards Belloc’s feared “Servile State?”

July 5, 2012
What Don't You Know About the ACA? The Quiz Results Say "Lots" UPDATED
Next Post

July 8, 2012 The Good News in Six Minutes: The Sacrament of Reconciliation
Recent Comments
0 | Leave a Comment
"Vaya con Dios, Leonard; Rest in Peace."
AnonCollie Leonard Nimoy Explains The Origin Of ..."
"Thank you for sharing"
Andy To Break My Fast from Being ..."
"I've seen Matt Maher live four times...twice since this song was released. I absolutely love ..."
Veritas81 WYD Flashback With Matt Maher, And ..."
"Yes, and Dolan should have corrected the scandalous and wrong decison of his predecessor when ..."
sixbunnies Archdiocese of New York Health Plan ..."
Browse Our Archives
Follow Us!

George Will and the Millstone of...
Catholic and Enjoying It!
Related posts from Why I Am Catholic