Orgasm: The Alpha and the Omega of Our Politics? UPDATED

Orgasm: The Alpha and the Omega of Our Politics? UPDATED September 30, 2012 Frank Weathers 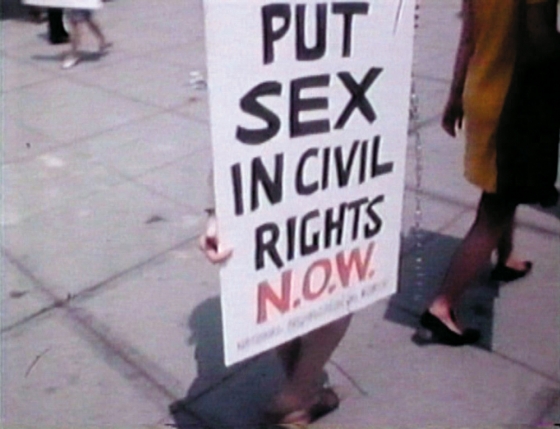 “Oh Frank, what’s with that headline? You’re really just too much. Calm yourself down man, and have a beer or something.”

Actually, there isn’t enough room on the headline to say much more. I could have said, “Sex Viewed Through the Lens of Secularism Drives Our Political Policies.” But that might have put you to sleep.

Why is this? Because we’ve moved beyond bread and circuses. Too boring. Forgetting our tired and our poor (what a downer!) our political system gladly takes a page from the playbook of Madison Avenue and focuses only on the sexy stuff.  Because sex sizzles, and frankly, sex sells.

So mirroring our preoccupation these days with getting laid, and who we lay with, or who our neighbors are lying with, our politics gets weird.  Sex, sex, sex, and more sex, is pretty much all that seems to matter anymore. Here in America, we’re going so far as to write sexual conduct schemes into our political party platforms. You have to do that, see, when norms and mores become so complex, and so convoluted, as happens when they are completely disordered from our true human nature.

Don’t believe me? Ponder the procreative part of the sex act, and the resultant babies arriving therefrom.

On second thought,  Fuhgeddaboudit! If you were from another planet and landed here, you would quickly notice that our culture seems to think that sexual intercourse is just for pleasure, and for the unitive action of bonding with whomever (or whatever) helps us to feel whole. Or to feel good. Maybe even if just for a few minutes, and maybe, just maybe, (but not very likely) for a lifetime.

The resultant children from the sex act? Inconvenient and worthy of abolishment.

All the blather about birth-control being a means to stop poverty, space births, and help folks live within their means as responsible parents, etc., etc.? Complete bunk.

What we’ve seemingly decided upon is that instead of human rights being paramount, see, the rights to orgasm are really what we as a nation, and as player on the international stage, are all about. And if your little religious qualms about this program of progress gets in the way, then that’s just too bad.

Your conscience, and the doctrines that undergird it,  must be smashed like the glass store fronts in Germany on Kistallnacht. Onward!

But don’t listen to Joe Six-Pack on this subject. Since he’s the wrong gender, see, his opinion is heavily discounted these days.

Also, he’s not allowed to hold an opinion in the public square worth mentioning unless it puts Orgasm on the Pedestal it deserves. Besides, everybody knows that we must re-elect President Obama so our worship of Orgasms can continue apace. Elect Romney/Ryan and all Orgasms will cease.

The winning campaign slogan for the modern age is pretty easy to come up with: Orgasms Über Alles! And the Pledge of Allegiance could be modified as follows,

I pledge allegiance to the Orgasm,

of the disordered states of America.

And to the Pleasure, for which it stands,

many Orientations, over god, non-judgmentally,

with libertinism, and contraceptives, for All.

But like I said, stop listening to me. I’m a knuckle-head.

Instead, listen to Helen Alvaré talk about “sexualityism.” Why? Because she is the voice of reason, with the right gender, for our time. As a Christian she plays the role of prophet, which we must all do from time to time, quite well. As a law professor, she can’t be labelled an imbecile (like I can) either.

Since I’m always the last one to know “who is who” in the world of ideas, here’s the brief bio that accompanies the YouTube clip of the talk she gave back in April.

Dr. Helen Alvaré, professor of law at George Mason School of Law, delivers the annual Henkels Lecture at Franciscan University of Steubenville, as part of the Distinguished Speakers Series. Her talk, “Religious Freedom and Sexual Liberationism,” looked at how secular society’s interpretation of birth control, co-habitation, and abortion as the new norms has generated an incredible mistrust among the sexes.

Somehow during all of the HHS Mandate hulabaloo, I completely missed seeing her deliver this great workshop entitled Religious Freedom and Sexual Liberationism. Where was my head? I must have been wondering where my next orgasm was, or something.

But this is why God created YouTube in the first place. So we could catch up on stuff we missed the first time around.

Dr. Alvaré’s talk lasts for close to an hour, but I assure you that it isn’t boring. She tackles Jon Stewart in the opening minutes and it only gets better from there.

So go grab yourself some peanuts and cracker-jacks and have a look. Skip the next episode of 60 Minutes and watch this instead. You’ll be glad you did.

I’ll have that beer now.

Mark Shea on what happens when “consent is the sole criterion of the good.”

October 1, 2012 Separation of Church and State? The HHS Mandate Shatters That
Recent Comments
0 | Leave a Comment
Browse Our Archives
get the latest from
Catholic
Sign up for our newsletter
POPULAR AT PATHEOS Catholic
1