Obama and the Crass Roots Campaign 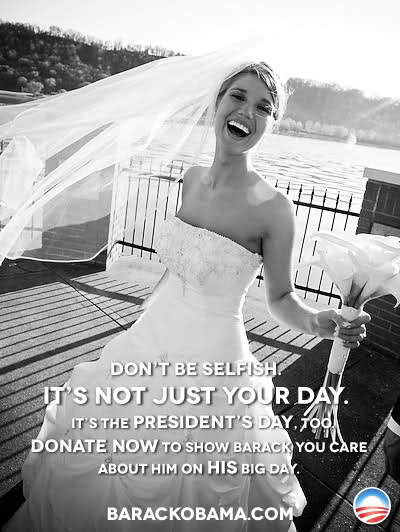 I thought the above was over the top. And then I saw this.

Our President approves of the following message…

Makes me sad for Malia and Natasha.

I’m not completely surprised though. Twenty-five days ago, I noted that the politics  of the orgasm is rising to the fore. The video above reminds me of the pledge I penned,

I pledge allegiance to the Orgasm,

of the disordered states of America.

And to the Pleasure, for which it stands,

many Orientations, over god, non-judgmentally,

with libertinism, and contraceptives, for All.

Or is  the President really so out of touch that he would consciously approve of such a commercial? Kind of a tacit droits du seigneur approach to the electorate?

Vladamir Putin dug it though. He led the way back in February and even broke out the gypsy fortune teller…

Hmmm. Standing by for the flexibility after the election, eh Vladimir?

As Mark Shea would say, how can you possibly vote for these guys? And as Deacon Greg puts it, it’s a Great Moment in Democracy. 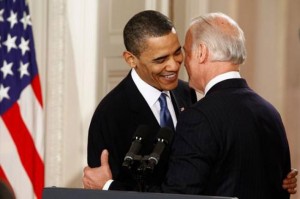 October 25, 2012
Does Your Parish Have A Columbarium Yet?
Next Post

October 26, 2012 Christian Bale Speaks His Mind, Presents an Award to Chen Guangcheng
Recent Comments
0 | Leave a Comment
"Vaya con Dios, Leonard; Rest in Peace."
AnonCollie Leonard Nimoy Explains The Origin Of ..."
"Thank you for sharing"
Andy To Break My Fast from Being ..."
"I've seen Matt Maher live four times...twice since this song was released. I absolutely love ..."
Veritas81 WYD Flashback With Matt Maher, And ..."
"Yes, and Dolan should have corrected the scandalous and wrong decison of his predecessor when ..."
sixbunnies Archdiocese of New York Health Plan ..."
Browse Our Archives
get the latest from
Catholic
Sign up for our newsletter
POPULAR AT PATHEOS Catholic
1

Another German Bishop Denies Catholic Teaching...
Through Catholic Lenses
Related posts from Why I Am Catholic