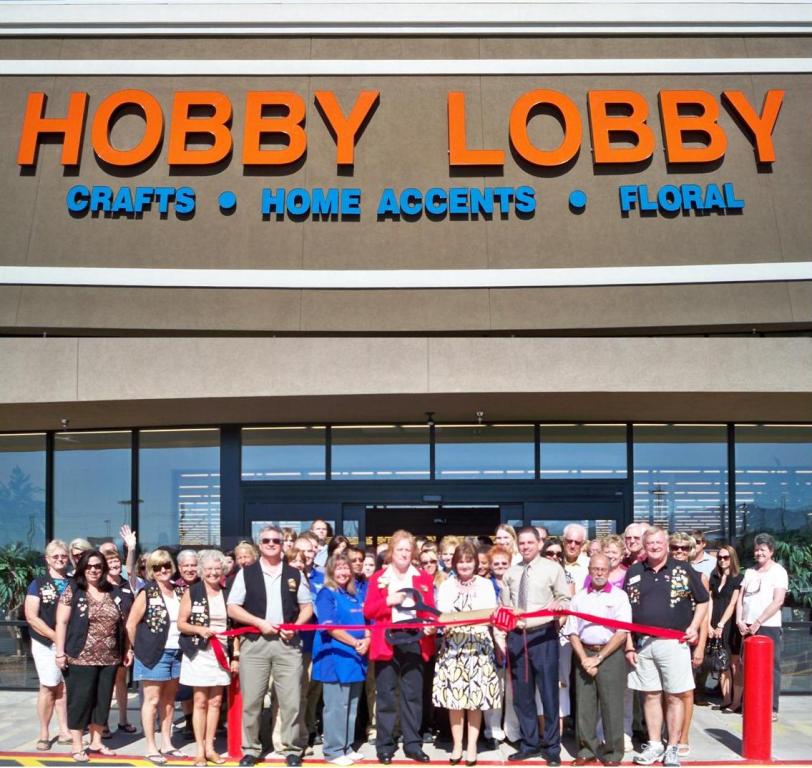 There’s nothing better than waking up on a Sunday, eating a breakfast of pancakes and bacon, drinking a tall cup of hot coffee, and deciding to join a doomed, quixotic, movement to fight tyranny. Yes, and doing so right before heading to Mass, no less, so intentions for its success can be offered up.

Care to join me? Here’s all you have to do: buy something, anything at all, from Hobby Lobby on January 5th. Why that day? I don’t know. A friend of a friend picked that day is all I need to know. Learn all about it over at the Facebook page, Standing With Hobby Lobby.

Need more reasons? Read Kevin O’Brien’s blog post from earlier this morning. Here’s a taste to get you started,

Liberty is More Than a Hobby

Breitbart has a thrilling story about the Christian couple who run Hobby Lobby, and their plans for civil disobedience in the face of Obama’s unjust HHS Mandate.

At great financial risk to themselves and their company, the Green family will refuse to fund drugs that cause abortion, mandated as part of Obamacare. This may ruin them and destroy their life’s work, costing them a potential $1.3 million per day in fines – but it is the right thing to do, indeed the heroic thing to do – whether you’re a Christian or a member of any Faith – or even an atheist.

Indeed, the first comment on the Bretibart site reads …

Fellow Christians – including Catholics, Protestants, Eastern Orthodox – fellow believers, including Muslims, Jews, and others – and brother atheists and agnostics – we must support Hobby Lobby fully and completely in this.

Beginning January 1, when this act of tyranny (the HHS Mandate) kicks in, and when Hobby Lobby pushes back, this is what we need to do. Go to Hobby Lobby. Buy stuff. I don’t even know what they sell. I don’t have any hobbies. Our house doesn’t even have a lobby. But I will go there and buy stuff.

For the Green Family are on the front lines of the New Martyrdom. The article on them quotes St. Peter in the book of Acts …

When the apostles were ordered [by the “court” of their day] not to share the gospel of Jesus Christ with anyone, the Book of Acts records: “Peter and the other apostles replied: ‘We must obey God rather than men! The God of our fathers raised Jesus from the dead—whom you had killed by hanging him on a tree.’”

… which is also the way Peter himself died, for standing up for the Lord – a glorious death.

My friends, let us make the support of Chick-Fil-A look puny by comparison. Support Hobby Lobby. If they only sell pencils for people whose hobby is pencils, buy a pencil a week, a pencil a day. And then throw yourselves in front of their doors if Sonia Sotomayor forces them to pay for the killing of innocent children.

But last time I checked, the Sith Lord had a change of heart when a host of gutty folks decided to stand up to him and his boss. Go, and do likewise.

Rebecca Hamilton suggests,  Send a Letter to the Green Family.

No location near you? No problem. The internet is here to help!

Another way to show support: Sign the White House petition!

December 29, 2012
Because Saints Tell Temporal Kings "No!" When They Err
Next Post

December 30, 2012 More Good HHS Mandate News: Appeals Court Blocks Contraception Mandate in Illinois Case UPDATED
Recent Comments
1 Comment | Leave a Comment
"Vaya con Dios, Leonard; Rest in Peace."
AnonCollie Leonard Nimoy Explains The Origin Of ..."
"Thank you for sharing"
Andy To Break My Fast from Being ..."
"I've seen Matt Maher live four times...twice since this song was released. I absolutely love ..."
Veritas81 WYD Flashback With Matt Maher, And ..."
"Yes, and Dolan should have corrected the scandalous and wrong decison of his predecessor when ..."
sixbunnies Archdiocese of New York Health Plan ..."
Browse Our Archives
Related posts from Why I Am Catholic