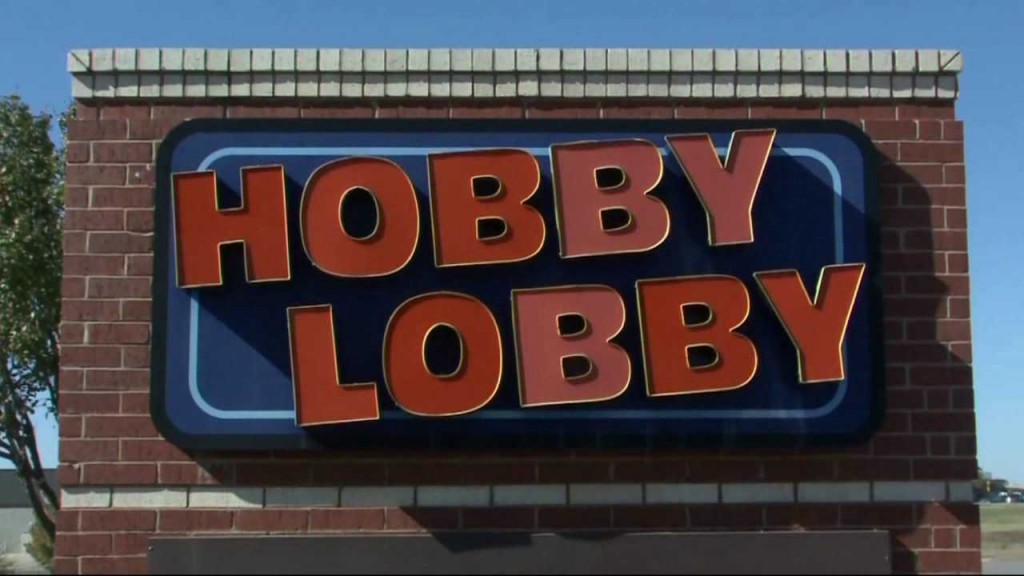 And a couple of Representatives from the House too. And which law might that be? The Religious Freedom Restoration Act, signed into law way back in 1993 by President Bill Clinton.

The Becket Fund has the details,

Washington, D.C. – Last night, nine U.S. Senators and two U.S. Representatives, along with the Oklahoma Attorney General and 11 other key groups, filed friend-of-the-court briefs supporting the Becket Fund’s challenge to the HHS mandate on behalf of Hobby Lobby Stores, Inc. The HHS mandate forces the Christian-owned-and-operated business to provide the “morning after pill” and “week after pill” in their health insurance plan or face crippling fines.

“While any brief by sitting members of Congress is significant, this one comes from members who originally supported the federal civil rights law—the Religious Freedom Restoration Act of 1993—which is at the heart of the mandate challenges,” said Kyle Duncan, General Counsel for the Becket Fund for Religious Liberty. “The brief leaves no doubt that Congress intended to protect the religious freedom of those like Hobby Lobby and its founder, David Green, against federal attempts to force them to insure abortion-inducing drugs.”

The case is currently before the 10th Circuit Court of Appeals. A hearing could take place as early as this spring.

“Congress plainly wrote [the Religious Freedom Restoration Act or “RFRA”] to include corporations[.]”

The federal government “may not pick and choose whose exercise of religion is protected and whose is not.”

An extraordinary example of bipartisanship, versions of RFRA were introduced by then-Senator Joe Biden, Senator Orrin Hatch and the late Senator Ted Kennedy, as well as then-Congressmen Chuck Schumer and Christopher Cox. It drew support from groups ranging from the ACLU, the Christian Legal Society, People for the American Way, the Southern Baptist Convention and Concerned Women for America. RFRA was signed in 1993 by President Bill Clinton.

In addition, 11 other key briefs were filed on behalf of Hobby Lobby stores, including the State of Oklahoma, the Christian Medical Association and the Archdiocese of Oklahoma City, to name a few.

Read the remaining briefs at the Becket Fund website.

Yes, yes, the courts will have the last say. But it never hurts to remind them about the importance of our first, most cherished, liberty. 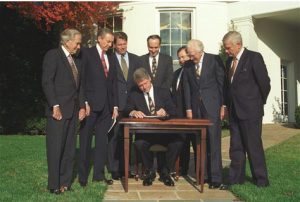 February 20, 2013
Making the Connection Between the Pill and Water Pollution
Next Post

February 21, 2013 Your Blogger is on the Wrong Side of Public Opinion, Just Like G.K. Chesterton
Recent Comments
0 | Leave a Comment
"Vaya con Dios, Leonard; Rest in Peace."
AnonCollie Leonard Nimoy Explains The Origin Of ..."
"Thank you for sharing"
Andy To Break My Fast from Being ..."
"I've seen Matt Maher live four times...twice since this song was released. I absolutely love ..."
Veritas81 WYD Flashback With Matt Maher, And ..."
"Yes, and Dolan should have corrected the scandalous and wrong decison of his predecessor when ..."
sixbunnies Archdiocese of New York Health Plan ..."
Browse Our Archives
get the latest from
Catholic
Sign up for our newsletter
POPULAR AT PATHEOS Catholic
1

Catholics (?) Trash, Judge, & Mind-Read...
Biblical Evidence for Catholicism
Related posts from Why I Am Catholic

Dark Devotional: What Do You Do for the...
Jesus took the loaves, gave thanks, and distributed them to those who...
view all Catholic blogs
What Are Your Thoughts?leave a comment
Copyright 2008-2021, Patheos. All rights reserved.