Making the Connection Between the Pill and Water Pollution

Making the Connection Between the Pill and Water Pollution February 20, 2013 Frank Weathers

So what does a playwright, TV writer, and author know about water pollution and heightened levels of estrogen in our drinking water? I’m glad you asked. Way back in 2009 (practically the Stone Age), Susan Kim opined on her Huffington Post blog that,

Obviously, much of this pollution occurs as a result of routine manufacturing and commercial farming. Yet we can’t ignore the fact that another potent source of estrogen pollution in our water comes from our love of the Pill – next to condoms, the most popular form of birth control in the United States. More than 100 million women worldwide currently rely on the Pill for its relative effectiveness, its convenience, and the fact that it reduces one’s 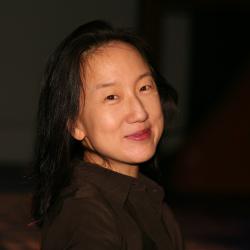 period to a highly manageable and predictable monthly event. The unseemly downside, however, is that together, Pill users excrete vast amounts of leftover synthetic estrogen every day. The estrogen isn’t completely broken down during sewage treatment; what’s more, some scientists believe it may even be reactivated by bacteria during the process. Vast amounts of estrogen then go surging into rivers and streams, affecting every animal that lives there and accumulating in their bodies… including those of the fish we eat.

You can also add to the mix the new “menstrual suppression” drugs that are currently being marketed to young women, mostly through the re-branding menstruation as an annoyance to be contained or even eliminated outright (i.e. why let your monthly blood interfere with that hot date or your yoga class?). Menstrual suppression drugs are pretty much birth control pills in a new wrapper, only minus the placebo week that gives Pill-users that paltry week of phony flow; and if they catch on, they too will add to the excessive load of estrogen being pumped into our rivers, streams and lakes.

So how much of an immediate health risk is any of this? Unfortunately, it’s hard to tell; so many diseases like cancer 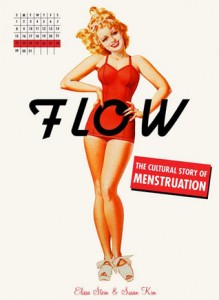 often take years to develop and it can be difficult to identify the smoking gun. Yet one thing is clear: breast and other cancer rates have risen over the past 30 years, and research indicates they may well be tied to pollutants like those found in our drinking water. Knowing that the pill you pop may well end up the estrogen-laced water you drink shouldn’t be the only factor to take into account when making choices about birth control; but it’s nevertheless one well worth considering.

Read the entire post. Kim had recently coauthored a book on menstration entitled, Flow: The Cultural Story of Menstration, so this kind of stuff was on her mind. Be advised, I don’t think Ms. Kim had a Catholic axe to grind regarding birth control pills. She was just using common sense. The kind that science seems to back up. Consider this snippet from Wynne Parry of LiveScience  last year,

After the active ingredient in most birth control pills has done its duty preventing pregnancy, it begins a second life as a pollutant that can harm wildlife in waterways. Not only is ethinyl estradiol (ed. sounds tasty) quite potent — creating “intersex” fish and amphibians — but it is very difficult to remove from wastewater, which carries it into natural waterways. Since women around the planet take the pill, this is a global problem. The European Union is the first entity to seriously consider mandating the removal of ethinyl estradiol, also known as EE2, from wastewater. However, as researchers pointed out in Thursday’s (May 24) issue of the journal Nature, the question of whether to remove the pollutant is not simple.

Guess what else? It’s not cheap either. Which is why Tim Worstall over at Forbeshas a policy prescription: raise taxes on women who use the pill.

I agree that this sounds entirely absurd, that women who take the contraceptive pill should pay £1,000 ($1,500) a year more in tax, but it is the inevitable outcome of the standard logic that the polluter should pay. We do have to make a couple of assumptions of course, the first being that the European Union has got its science right, the second that they have got their costs right. But if they have then yes, the end result really is that women should be charged a higher tax for using the contraceptive pill. The basic problem is that the hormones in the pill itself, the hormones which produce the desired contraceptive effect, then end up in the sewage system as part of the normal function of kidneys and bladders in human beings.

This sounds like a match made in “good government” heaven, doesn’t it? What the HHS Mandate gives for free on one hand, the EPA taketh on the other. I reckon the IRS will have to be involved too. That the use of the pill may be polluting our water reminds me of why beer got so popular during the Middle Ages. It was healthier to drink than water. Remind me why beer is not “available without cost sharing” again?

February 19, 2013
Italian Cardinal: Cardinal Mahony Could Be Asked to Skip Conclave
Next Post

February 20, 2013 Nine U.S. Senators Say Hobby Lobby Is Protected from the HHS Mandate By Law
Recent Comments
0 | Leave a Comment
"Vaya con Dios, Leonard; Rest in Peace."
AnonCollie Leonard Nimoy Explains The Origin Of ..."
"Thank you for sharing"
Andy To Break My Fast from Being ..."
"I've seen Matt Maher live four times...twice since this song was released. I absolutely love ..."
Veritas81 WYD Flashback With Matt Maher, And ..."
"Yes, and Dolan should have corrected the scandalous and wrong decison of his predecessor when ..."
sixbunnies Archdiocese of New York Health Plan ..."
Browse Our Archives
get the latest from
Catholic
Sign up for our newsletter
POPULAR AT PATHEOS Catholic
1