The Medal of Honor Citation of Captain Emil Kapaun, Chaplain Corps, US Army 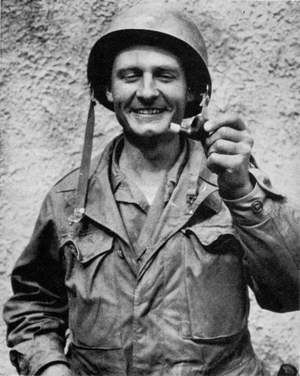 For conspicuous gallantry and intrepidity at the risk of his life above and beyond the call of duty:

Chaplain Emil J. Kapaun distinguished himself by acts of gallantry and intrepidity above and beyond the call of duty while serving with the 3d Battalion, 8th Cavalry Regiment, 1st Cavalry Division during combat operations against an armed enemy at Unsan, Korea, from November 1-2, 1950. On November 1, as Chinese Communist Forces viciously attacked friendly elements, Chaplain Kapaun calmly walked through withering enemy fire in order to provide comfort and medical aid to his comrades and rescue friendly wounded from no-man’s land. Though the Americans successfully repelled the assault, they found themselves surrounded by the enemy. Facing annihilation, the able-bodied men were ordered to evacuate. However, Chaplain Kapaun, fully aware of his certain capture, elected to stay behind with the wounded. After the enemy succeeded in breaking through the defense in the early morning hours of November 2, Chaplain Kapaun continually made rounds, as hand-to-hand combat ensued. As Chinese Communist Forces approached the American position, Chaplain Kapaun noticed an injured Chinese officer amongst the wounded and convinced him to negotiate the safe surrender of the American Forces. Shortly after his capture, Chaplain Kapaun, with complete disregard for his personal safety and unwavering resolve, bravely pushed aside an enemy soldier preparing to execute Sergeant First Class Herbert A. Miller. Not only did Chaplain Kapaun’s gallantry save the life of Sergeant Miller, but also his unparalleled courage and leadership inspired all those present, including those who might have otherwise fled in panic, to remain and fight the enemy until captured. Chaplain Kapaun’s extraordinary heroism and selflessness, above and beyond the call of duty, are in keeping with the highest traditions of military service and reflect great credit upon himself, the 3d Battalion, 8th Cavalry Regiment, the 1st Cavalry Division, and the United States Army.

Have a look at his story from the eyes of the troops.

Chaplain Kapaun joins this select group of Catholic chaplains who have been awarded our nations’ highest military honor. There is also a cause for the beatification of Fr. Kapaun.

April 12, 2013
Speaking of Holocaust Deniers, What Happened to the Media Coverage of the Gosnell Trial? UPDATES
Next Post

April 13, 2013 Anderson Cooper Tacks To Windward, Asks Hard Questions About the Gosnell Case
Recent Comments
0 | Leave a Comment
"Vaya con Dios, Leonard; Rest in Peace."
AnonCollie Leonard Nimoy Explains The Origin Of ..."
"Thank you for sharing"
Andy To Break My Fast from Being ..."
"I've seen Matt Maher live four times...twice since this song was released. I absolutely love ..."
Veritas81 WYD Flashback With Matt Maher, And ..."
"Yes, and Dolan should have corrected the scandalous and wrong decison of his predecessor when ..."
sixbunnies Archdiocese of New York Health Plan ..."
Browse Our Archives
Related posts from Why I Am Catholic