Stephanie Slade Connects The Dots on the HHS Mandate… 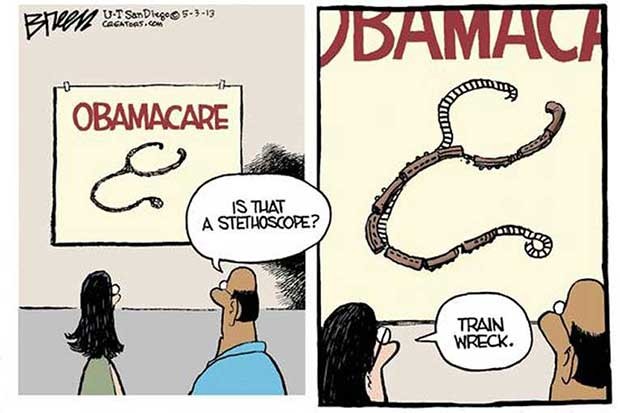 What follows is from her opinion piece in U.S. News & World Report. She explains how the HHS Mandate is just one more in a long line of First Amendment abuses by the current Administration.

Lost for some people amid worries about National Security Agency surveillance practices, Internal Revenue Service targeting of conservative organizations and Department of Justice investigations of journalists who dared to speak to government employees is another troubling example of inappropriate federal overreach – the Health and Human Services contraception mandate.

That mandate requires private organizations to provide contraceptives, abortifacients and sterilization procedures to their female employees, free of charge, even if doing so violates the deeply held religious beliefs of the organization. It is an egregious transgression against religious freedom.

The organizations were understandably not appeased. A number of them are taking the government to court: in Colorado last month, a panel of federal judges heard arguments from Hobby Lobby, a famously Christian-run retailer that has already promised not to comply with the mandate. The state of Oklahoma has come out in support of the store chain’s right not to be forced to go against its beliefs. Other groups are reluctantly exploring whether to cease providing health insurance to their employees at all so as not to be forced to participate in the purchasing of drugs they find morally objectionable. And at least one order of Catholic nuns has disclosed that the mandate could leave it with no alternative but to leave the United States altogether.

The Little Sisters of the Poor is a religious congregation that cares for the impoverished elderly through its operation of 30 homes for low-income seniors in this country. The sisters all take vows of poverty; they live to serve the residents of their homes. Money is tight. Operating expenses are not low for organizations that feed, house and provide medical care for more than 2,500 aged Americans. The sisters must travel around, literally begging for donations from churches and businesses to help them stay afloat. A representative of the organization told the Daily Caller in December that the mandate “could be a serious threat to our mission in the U.S. because we would never be able to afford to pay the fines involved. We have difficulty making ends meet just on a regular basis; we have no extra funding that would cover these fines.”

I wonder if Stephanie’s laptop will be hacked now?

June 20, 2013 Archbishop Chaput: "If laypeople don’t love their Catholic faith enough...nothing the bishops do will finally matter."
Recent Comments
0 | Leave a Comment
"Vaya con Dios, Leonard; Rest in Peace."
AnonCollie Leonard Nimoy Explains The Origin Of ..."
"Thank you for sharing"
Andy To Break My Fast from Being ..."
"I've seen Matt Maher live four times...twice since this song was released. I absolutely love ..."
Veritas81 WYD Flashback With Matt Maher, And ..."
"Yes, and Dolan should have corrected the scandalous and wrong decison of his predecessor when ..."
sixbunnies Archdiocese of New York Health Plan ..."
Browse Our Archives
Follow Us!