Archbishop Chaput: “If laypeople don’t love their Catholic faith enough…nothing the bishops do will finally matter.”

It would be the same as thinking that only the Joint Chiefs of Staff  are needed to do the fighting in a war. Who needs all those officers and  enlisted folks carrying all the rifles, flying planes, and manning ships,  doing the actual work?

Sun Tzu knows that is ridiculous. 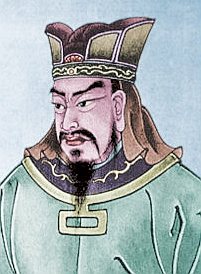 If the army is confused and suspicious, neighboring rulers will take advantage of this and cause trouble. This is what is meant by: “A confused army leads to another’s victory.”

Thus, there are five points in which victory may be predicted:

1. He who knows when he can fight and when he cannot will be victorious.

2. He who understands how to fight in accordance with the strength of antagonistic forces will be victorious.

3. He whose ranks are united in purpose will be victorious.

5. He whose generals are able and not interfered with by the sovereign will be victorious.

It is in these five matters that the way to victory is known.

So snap out of it! In the Catholic Register yesterday, Archbishop Chaput was interviewed by Peter Jesserer Smith. Here’s a snippet to get you started,

Archbishop Chaput and the rest of the U.S. Conference of Catholic Bishops have called upon Catholic Americans to observe the second annual “Fortnight for Freedom” from June 21 to July 4. The bishops have asked Catholics to engage in two weeks of prayer, education and action to address the many challenges to religious liberty in the United States, especially as the Aug. 1 deadline for religious organizations to comply with the HHS mandate approaches.

But while the U.S. bishops have highlighted this issue, Archbishop Chaput makes the case that the fate of religious liberty falls squarely upon the shoulders of the lay faithful. The archbishop has warned Catholics that they need to “wake up” and realize that the recent IRS scandals involving the deliberate targeting of political (and even religious) groups not favorable to the White House is only a foretaste of the consequences of losing the national discussion on religious liberty.

In this interview with the Register, Archbishop Chaput explains why the lay faithful must take up their role as the leaders in the fight for religious liberty — and why the U.S. bishops can’t do this for them.

What responsibility do laypeople have to take action on behalf of the Church’s religious liberty? Why can’t this responsibility rest solely on the bishops’ shoulders?

The secular world is the place where laypeople exercise their leadership most naturally. It’s the environment of their everyday lives and their primary mission field. Bishops can counsel and teach, but their role in practical political affairs like the fight for religious liberty can only be indirect and secondary.

If laypeople don’t love their Catholic faith enough to struggle for it in the public square, nothing the bishops do will finally matter.

How should we Catholics understand the different responsibilities of the lay faithful and their pastors and bishops in this fight for religious freedom?

American Catholic culture has a strong dose of “let Father do it.” A hundred years ago, when the Church was still an immigrant faith under pressure and dealing with constant bigotry, a heavy dependence on priests for almost everything in Catholic life was natural. But in the long run it’s not healthy, and it encourages clericalism on the part of the clergy and laziness on the part of laypeople.

What’s our relationship with our bishops, then, and our proper role?

Priests do have a special task of leadership within the believing community through the sacrament of holy orders. But we all share a fundamental Christian equality in baptism, and priests can’t — and shouldn’t — take the lead where laypeople can do a better job.

When it comes to politics, economics and social policy, the main duty of a bishop is to preach basic principles. Sometimes, on some pivotal issues, bishops need to be more engaged in the details of legislation. But, overall, Catholic witness in the secular world should be the work of prudent, faithful laypeople.

Note that the two key words there are “prudent” and “faithful.” Both qualities are vital to the lay vocation.

Read the rest, and mark your calendars. Prayers start tomorrow.

June 19, 2013
Stephanie Slade Connects The Dots on the HHS Mandate...
Next Post

June 21, 2013 Liberation Theology Gets the CDF Seal of Approval, and the Rich Act Different...Who Knew? UPDATED
Recent Comments
7 Comments | Leave a Comment
"Vaya con Dios, Leonard; Rest in Peace."
AnonCollie Leonard Nimoy Explains The Origin Of ..."
"Thank you for sharing"
Andy To Break My Fast from Being ..."
"I've seen Matt Maher live four times...twice since this song was released. I absolutely love ..."
Veritas81 WYD Flashback With Matt Maher, And ..."
"Yes, and Dolan should have corrected the scandalous and wrong decison of his predecessor when ..."
sixbunnies Archdiocese of New York Health Plan ..."
Browse Our Archives
Related posts from Why I Am Catholic