Liberation Theology Gets the CDF Seal of Approval, and the Rich Act Different…Who Knew? UPDATED 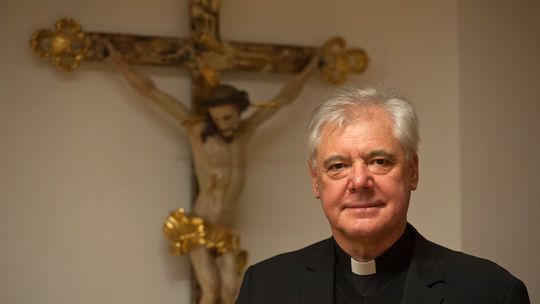 Says who? Says Archbishop Gerhard Ludwig Müller, Prefect of the Congregation for the Doctrine of the Faith, that’s who.

Now before you go off all half-cocked, like a lot of folks did when President Obama made remarks about segregationist tendencies in Northern Ireland (see Bill Donohue’s remarks, please), perhaps it would be prudent to consider some of Pope Francis’s remarks on one of our cultures’ favorite idols: Mammon.

In his daily homily today, for example, he remarked,

“What do I have, a tired heart, that only wants to settle itself, three, four things, a good bank account, this or that thing? This restlessness of the heart always has to be cured.”

I’d give you more, but I’m afraid you might blow a gasket. Keep in mind that the problem isn’t so much wealth as it is putting wealth first. Christ has to come first for the Christian, as Clement of Alexandria makes clear in his “Who Is The Rich ManThat Shall Be Saved?”

So let’s get back to Archbishop Müller and The Vatican Insider article out today that is titled, The War Between The Liberation Theology Movement and Rome Is Over. In the same publication back in 2011, while commenting on the work of Fr. Gustavo Gutiérrez, O.P. (the “father” of Latin-American liberation theology), Archbishop Müller said,

I am not referring to the theology of liberation in an abstract and theoretical form, or in an ideological fashion, to praise the progressive ecclesial group. At the same time I do not even fear that this could be interpreted as a lack of orthodoxy. The theology of Gustavo Gutiérrez, independently of how you look at it, is orthodox because it is orthopractic and it teaches us the correct way of acting in a Christian fashion since it comes from true faith.

Fast forward to today, and here’s what he said that you need to chew on.

The Latin American ecclesial and theological movement known as “Liberation Theology”, which spread to other parts of the world after the Second Vatican Council, should in my opinion be included among the most important currents in 20th century Catholic theology.

Which means that if you think you know everything there is to know about the Liberation Theology movement, you probably need to think again, painful as that may be to your political sensibilities. God, as you’ll recall from the scriptures, shows no partiality towards the wealthy. Not for nothing does the Christ say,

Again I tell you, it is easier for a camel to go through the eye of a needle than for someone who is rich to enter the kingdom of God.

which sort of freaked out the Apostles.

Keep in mind that the original twelve didn’t have access to tools that search out how often the scriptures uphold the cause of the poor. Sure, they heard about it when they heard the scriptures being read, but they probably just didn’t see much evidence of these precepts being carried out, much like many folks today.

So there I was in 1991, a non-Catholic, sitting in my sophomore comparative politics class, discussing something called the “theology of liberation” in regards to the situation in Brazil. Yep, I still have the text book, and it took me only a few minutes to find what I remember reading 22 years ago, a couple of sections after the part about the explosive situation among Brazil’s poor I encountered,

The Church As Opposition

Curiously, the Roman Catholic church was the only large Brazilian group that maintained its autonomy and was in a position to criticize the military regime. We say curiously because typically in Catholic countries the church has been conservative and has favored conservative regimes. We saw the same thing in France how the long fight between clericalism and anticlericalism split society into two camps. The same thing happened in Spain and Italy.

Brazil never had this kind of split. With the 1891 republican constitution, modeled after the United States’, the Brazilian church consented to disestablishment, that is, to losing its special privileges as church and state were separated.

…In 1980, John Paul II visited Brazil. He was visibly shaken by what he saw in the favelas. In one, he removed the ring given him by Pope Paul VI when he became a cardinal and gave it to a local priest as a donation. John Paul seemed to be turning into a bit of an activist himself. In a Rio slum he called to Brazil’s rich:

“Look around a bit. Does it not wound your heart? Do you not feel remorse of conscience because of your riches and abundance?”

But he stopped short of endorsing active church involvement in politics. Church people should guide spiritually but not politically. In Brazil, this middle road is hard to tread because concern for the poor tends to radicalize people.

Anyway, forget my textbook and current events, and lets get back to Archbishop Müller’s thoughts,

The Prefect stressed that in recent decades, Latin America’s Liberation Theology movement has been oriented towards the image of Jesus Christ the Redeemer and liberator, an image all genuinely Christian theological currents are oriented towards. This stems from an evangelical inclination towards the poor. Müller affirmed that “poverty in Latin America oppresses children, the elderly and the sick,” to such an extent that many are driven to “contemplate death as the only way out.” Right from the outset, the Liberation Theology movement “forced” theological movements founded elsewhere, not to consider the real living conditions of people and individuals as something abstract. He saw “the body of Christ” in the poor, as Pope Francis does.

The arrival of the Catholic Church’s first Latin American Pope made it possible to look at those years and experience without being conditioned by the controversies that raged at the time. Without the ritualism of the false mea culpas and superficial changes, it is easier today to see that the hostility shown by certain sections of the Church towards the Liberation Theology movement was politically motivated and did not really stem from a desire to preserve and spread the faith of the apostles. Those who paid the price were the theologians and pastors who were completely immersed in the evangelical faith of their people. They either ended up in the mince or faded into the shadows. For a long time, the hostility shown towards the Liberation Theology movement was invaluable factor in helping some climb the ecclesiastical career ladder.

In one of his speeches, Müller (who in an interview on 27 December 2012 suggested it was likely a Latin American would substitute Ratzinger as Pope) did not hesitate to describe the political and geopolitical factors that had influenced certain “crusades” against the Liberation Theology movement: “the satisfaction of depriving the Liberation Theology movement of all meaning was intensified by capitalism’s sense of triumph, which was probably considered to have gained absolute victory. It was seen as an easy target that could be fitted into the same category as revolutionary violence and Marxist terrorism,” Müller said. He referred to a secret document prepared for President Reagan by the Committee of Santa Fé in 1980 (so 4 years before the Vatican’s first Instruction on the Liberation Theology movement), requesting that the U.S. government take aggressive action against the movement, which was accused of transforming the Catholic Church into “a political weapon against private property and productive capitalism by infiltrating the religious community with ideas that are less Christian than communist.” Müller said: “The impertinence shown by the document’s authors, who are themselves guilty of brutal military dictatorships and powerful oligarchies, is disturbing. Their interest in private property and the capitalist production system has replaced Christianity as a criterion.”

Now I’ll risk the shark-invested waters of the genetic fallacy and post this very interesting video from tonight’s PBS News Hour program. It’s a fascinating look at what a couple of professors at UC Berkeley  have discovered about the effect wealth has on folks. This is no Jedi mind trick, gang. In fact, it’s something that many a priest who espoused liberation theology would say many, if not most, have been blind to.

How about that? Putting yourself in the shoes of the poor actually changes your perspective! Tons of saints tell us the same thing, as would a number of Latin American priests who were martyred for the faith.

Like Mollie Hemingway at Get Religion notes, Pope Francis isn’t necessarily a devotee of liberation theology, or an apologist for the same. But the head of the CDF’s comments mean that Liberation Theology has not been tossed into the dustbin of history either.

Deacon Scott Dodge’s  Liberation Theology: The War That Never Was.

Capital vs. Labor and the Ruling Class vs. The Rest of Us = The Same Thing.

Would You Believe Because of Crony Capitalism?

June 20, 2013
Archbishop Chaput: "If laypeople don’t love their Catholic faith enough...nothing the bishops do will finally matter."
Next Post

June 22, 2013 The Martyrdom of Sir Thomas More (For All The Saints) UPDATED
Recent Comments
1 Comment | Leave a Comment
"Vaya con Dios, Leonard; Rest in Peace."
AnonCollie Leonard Nimoy Explains The Origin Of ..."
"Thank you for sharing"
Andy To Break My Fast from Being ..."
"I've seen Matt Maher live four times...twice since this song was released. I absolutely love ..."
Veritas81 WYD Flashback With Matt Maher, And ..."
"Yes, and Dolan should have corrected the scandalous and wrong decison of his predecessor when ..."
sixbunnies Archdiocese of New York Health Plan ..."
Browse Our Archives
get the latest from
Catholic
Sign up for our newsletter
POPULAR AT PATHEOS Catholic
1