Catholic Health Association Is Fine With The Final HHS Rule As It Is UPDATED July 9, 2013 Frank Weathers 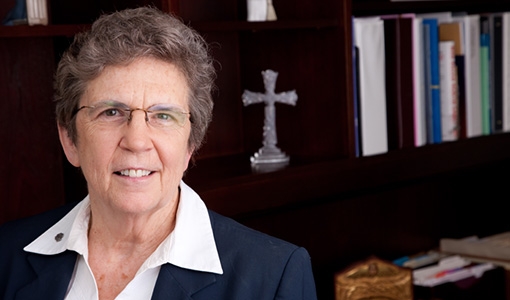 Less than a week after the conclusion of the Fortnight for Freedom, the CEO of the Catholic Health Association, Sister Carol Keehan, has notified members of the association that the latest accommodation provided by HHS is acceptable to them. It is a different conclusion than that held by the United States Conference of Catholic Bishops.

Attached is an overview of the final rules governing the HHS contraception mandate. The document issued on June 28, 2013, is 110 pages. The first 82 pages are responses to the comments received during the official comment period.

Since the original rule was issued over a year ago, there has been considerable concern raised by many parties including CHA. CHA had two principal concerns. The first was the four-part definition of what constituted a “religious employer.” That concern has been eliminated. CHA’s second concern was establishing a federal precedent that mandated our members would have to include in their health plans, services they had well-established moral objections to.

HHS has now established an accommodation that will allow our ministries to continue offering health insurance plans for their employees as they have always done.

We have prepared this explanation for members to help them understand the accommodation and how to implement it. Throughout this process, CHA has been in dialogue with the leadership of the Bishops’ Conference, the Administration and HHS. We are pleased that our members now have an accommodation that will not require them to contract, provide, pay or refer for contraceptive coverage.

We also recognize that this resolution has not been what some organizations, including the Bishops’ Conference, asked for on behalf of a wider group. Our contribution to the process has been to work for the protection of religious organizations, especially our members. We recognize the broader issues will continue to be debated and litigated by others.

CHA is grateful for the respect and concern demonstrated by all parties in this dialogue. We will work with our members to implement this accommodation.

The rest of the memo can be found here. Grant Gallico of Commonweal has more on this development, as does Michael Sean Winters at the National Catholic Reporter.

Cardinal Dolan indicated that this accommodation “seems intended to strengthen the claim that objectionable items will not ultimately be paid for by the employer’s premium dollars,” but added that it remains “unclear whether the proposal succeeds in identifying a source of funds that is genuinely separate from the objecting employer, and if so, whether it is workable to draw from that separate source.”

He also noted that the mandate creates different categories of religious freedom, distinguishing among employers that receive a full exemption, those that receive only an accommodation, and the for-profit businesses that receive no exemption whatsoever.

In a June 15 letter, the CHA had said it is “imperative” that the Obama administration abandon its “narrow” definition of religious employers and exempt not only churches, but also Catholic hospitals, health care organizations, and other Church ministries.

What changed between June 15 and now? Nothing, as far as I know, with the exception of the announcement that the safe harbor was extended.

July 8, 2013
RealClearScience Discovers the Science Behind NFP...
Next Post

July 10, 2013 For the Next Two Weeks I'm On Vacation...
Recent Comments
1 Comment | Leave a Comment
Browse Our Archives
get the latest from
Catholic
Sign up for our newsletter
POPULAR AT PATHEOS Catholic
1