A Reminder On What The HHS Mandate Is All About 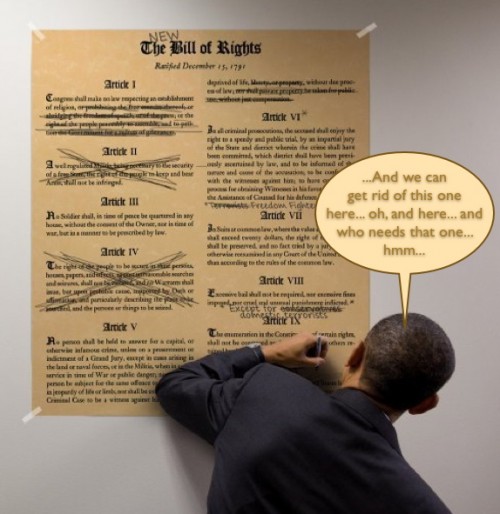 From our colleagues in the fight at Summit Ministries, a brief recap on what’s at stake. While our dysfunctional government takes a time out, take a look.

When the regulation was originally introduced as part of the Patient Protection and Affordable Care Act (PPACA), known popularly as Obamacare, the goal of the administration and Health and Human Services Secretary Kathleen Sebelius was to force all employers to provide abortifacient drugs — chemicals that halt the implantation of a fertilized egg (a human life) into the uterine wall. The Food and Drug Administration does not consider a fertilized egg to be a viable life; its threshold is implantation, when the fertilized egg successfully implants into the uterus. This distinction is not scientific, but arbitrary. Thus, abortifacient treatments such as Plan B, Ella, and the Copper IUD are not considered by the FDA to be abortive.1 A fertilized egg is a very tiny thing, but as Summit instructor Scott Klusendorf teaches our students, whether something counts as a life worth protecting does not depend on its Size, Level of Development, Environment, or Degree of Dependency (S.L.E.D.).

This mandate affects three kinds of organizations: for-profit corporations, churches (brick and mortar churches and denominations), and nonprofit religious corporations (like Summit). Let’s look at each in turn.

For-profit corporations. It is the Obama administration’s position that for-profit corporations cannot have a religious conscience. Therefore, neither the PPACA nor HHS regulations provide an exemption for companies like Hobby Lobby. Unless the Supreme Court rules otherwise, this means that Christian owners of a for-profit business have no legal right to refuse to provide abortifacient drugs as part of their company’s health plan.

Churches. After vocal protests by a large swath of religious organizations, the Obama administration announced it would exempt brick-and-mortar churches, denominations, and religious orders from the mandate. In addition, the PPACA is written in such a way that Anabaptists (e.g., Amish and Mennonites) and members of two health care sharing ministries are not subject to the mandate.

Nonprofit religious corporations. HHS offered religious nonprofits like Summit, Christian colleges, and religious charities what it deemed an “accommodation,” which in reality is little more than an accounting gimmick. Instead of paying for abortifacients outright, such organizations instead have to pass on that responsibility to insurance providers or third party administrators (TPAs). Following the logic that abortion is murder, organizations like Summit aren’t being forced to provide abortion services, but are being forced to outsource those services to someone else.

Through these dictates, HHS has created religious classes subject to different regulations: those fully subject to the mandate, those exempt, and those “accommodated.” This violates the constitutional prohibition against the establishment of religion. As Summit’s attorneys L. Martin Nussbaum and Ian Speir put it in a recent memo to Dr. Jeff Myers:

The very heart of Establishment Cause jurisprudence is that Caesar cannot pick religious winners and losers. . . . Such an elaborate religious gerrymander is unprecedented in American religious liberty history and cannot withstand Establishment Clause scrutiny.

Secularists frequently accuse Christians of wanting to violate church/state separation. Ironically, this is exactly what the HHS mandate does. When Thomas Jefferson wrote to the Danbury Baptists in 1802 and invoked the phrase “a wall of separation between Church & State,” he was not telling Christians to stay out of the public square; rather, he was encouraging the young republic not to let the state interfere with how churches practice their religion.

The chief means through which the federal government enforces the HHS mandate are coercion and bullying that are themselves unconstitutional.

The mandate restricts First Amendment rights. Some religious organizations have self-funded insurance policies, meaning instead of employees’ policies being grouped into a plan with other companies’ employees, a particular organization might be a group in itself. In such cases, the organization typically contracts a third party administrator (TPA) to administer the insurance plan. The HHS mandate “accommodation” forces self-insured religious organizations that object to providing abortifacients to authorize their TPAs to pay for the abortifacients. As Summit’s attorneys note, “The employer, in effect, must tell the TPA, ‘We will not cover abortifacients or contraceptives, but you must.’” This forced authorization is compelled speech, and because it forces the organization to foster an idea it finds morally repugnant, it violates the First Amendment.

Furthermore, TPAs that have to foot the bill for their customers will be reimbursed by the federally funded insurance exchanges; federal dollars will finance abortion.

Finally, HHS regulations prohibit an “accommodated” organization from communicating with its TPA about providing abortifacients, lest the TPA be swayed not to do so. In other words, employers can’t even talk with their insurance administrators about restructuring their health care plans. “The Final Regulations contain no explanation for this provision,” Nussbaum and Speir wrote. “The purpose and effect, however, are clear: to cow religious organizations into silence and to foreclose discussion with their TPA as to any remaining moral option that avoids the mandate.”8 Restricting speech in this way is also a clear violation of the Constitution.

October 3, 2013
In Search of Pageviews, HUFFPOST Manufactures Clash Between Pope Francis and Pope Benedict?
Next Post

October 5, 2013 And Now You Know Why The Italian Press Isn't Exactly the Gold Standard of Journalism
Recent Comments
0 | Leave a Comment
Browse Our Archives
Follow Us!