Tom McDonald Explains Why The Obamacare Health Exchanges Need A “Do Over” October 10, 2013 Frank Weathers

He knows what he’s talking about too. Tom’s my IT go-to-guy.

Here’s something you should know: I.T. is not frigging rocket science. It’s no cakewalk to create a system for a nationwide program based on a law so complex no one who voted for it ever read it, but it’s something that can be done.

I saw Kathleen Sebelius comparing the site to Kayak.com, leaving out the key difference: Kayak works.

I imagine Mad PowerPoint Skillz, rather than programming expertise, had a lot to do with who landed the HealthCare.gov contract.

I assume the project was pieced out to various contractors, with poor communication and integration among the various players, all of it wrapped around a thick, neugoty center of government malfeasance and incompetence.

You know what? For a few minutes, I thought the problem was something like this.

It really is rocket science, and we need folks who actually know how to build them to build the one the government is trying to fly now.

Time to go back to the drawing board, gang. 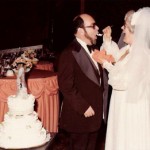 October 11, 2013 Your Marriage Quote of the Year
Recent Comments
1 Comment | Leave a Comment
"Vaya con Dios, Leonard; Rest in Peace."
AnonCollie Leonard Nimoy Explains The Origin Of ..."
"Thank you for sharing"
Andy To Break My Fast from Being ..."
"I've seen Matt Maher live four times...twice since this song was released. I absolutely love ..."
Veritas81 WYD Flashback With Matt Maher, And ..."
"Yes, and Dolan should have corrected the scandalous and wrong decison of his predecessor when ..."
sixbunnies Archdiocese of New York Health Plan ..."
Browse Our Archives
get the latest from
Catholic
Sign up for our newsletter
POPULAR AT PATHEOS Catholic
1

Hello, Religious Privilege is Good and...
Femina Ferox
Related posts from Why I Am Catholic