Because St. Francis of Assisi Spent Lent Like This Once 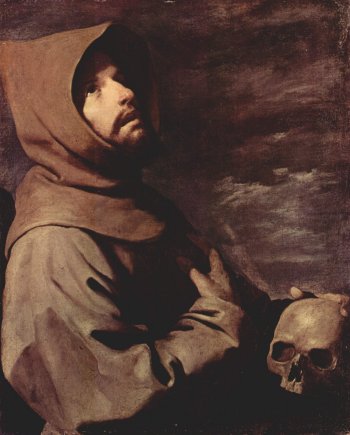 In the past, I’ve shared some stories on Christian saints who survived for long periods of time on the the Eucharist alone. Below is a story on how St. Francis of Assisi spent Lent one year, eating only a small portion of his provisions.

The story comes to us from The Little Flowers of St. Francis. Who wrote these stories? Who compiled them? Are they literally true? I don’t know the answers to any of those questions. But I do know this: there is great freedom in poverty, to be able to drop everything and become a hermit for 40 days.  And great blessings for the faithful penitent.

I have no trouble believing that St. Francis could go so long without food.  Because miracles always defy the conventional wisdom. Always.

How St Francis kept Lent on an island in the Lake of Perugia,

The true servant of Christ, St. Francis, was in some sense as another Christ, given to the world for the salvation of the people; therefore God the Father willed to make him in many of his actions conformable to the image of His Son, Jesus Christ. This was shown in the venerable company of his twelve companions, and in the admirable mystery of the sacred stigmata, and in his continuous fast during the holy Lent, which took place in this manner.

Once on a time, St Francis on the day of the carnival went to the Lake of Perugia, to the house of one of his disciples, where he was entertained for the night, and there he was inspired by God to pass this Lent on an island in the lake. Wherefore St Francis prayed his disciple, that for the love of Christ he would carry him across in his little boat to an island in the lake where no one inhabited, and that he would do this on the night of Ash Wednesday, so that no one might know of it. Then the other, for the great love and devotion he bore to St Francis, solicitous to grant his request, carried him to the said island, and St Francis took nothing with him but two little loaves.

And when they had arrived at the island, and his friend was about to return to his home, St Francis earnestly besought him not to reveal to any one what he should do, and not to come again till Holy Thursday. So his friend departed, and Sc Francis remained alone; and there being no habitation into which he could retire, he entered into a thicket, where many trees and shrubs had formed a hiding-place, resembling a little hut: and in this shelter he disposed himself to prayer and to the contemplation of heavenly things.

And he remained there the whole of Lent, without eating or drinking, except the half of one of those little loaves, as was witnessed by his disciple when he returned to him on Holy Thursday, who found, of the two loaves, one entire, and the half of the other. It is believed that St Francis so refrained from eating out of reverence for the fasting of the blessed Christ, who fasted forty days and forty nights without taking any material food; and thus with that half loaf he kept from himself the poison of vainglory, and after the example of Christ he fasted forty days and forty nights.

And afterwards, in this spot, where St Francis had sustained this marvellous abstinence, God granted many miracles through his merits; for which cause men began to build houses there, arid to inhabit them; and in a short time there was built a large and prosperous village, and the house for the brothers, which is still called the House of the Island. And to this day the men and women of the village have great reverence and devotion for the spot where St Francis made this Lent.

March 4, 2014
Help The Eastern Rite Nuns In Ukraine. Here's How. UPDATED
Next Post

March 6, 2014 Five Songs to Usher In Lent (2014 Edition)
Recent Comments
1 Comment | Leave a Comment
"Vaya con Dios, Leonard; Rest in Peace."
AnonCollie Leonard Nimoy Explains The Origin Of ..."
"Thank you for sharing"
Andy To Break My Fast from Being ..."
"I've seen Matt Maher live four times...twice since this song was released. I absolutely love ..."
Veritas81 WYD Flashback With Matt Maher, And ..."
"Yes, and Dolan should have corrected the scandalous and wrong decison of his predecessor when ..."
sixbunnies Archdiocese of New York Health Plan ..."
Browse Our Archives
Follow Us!