For Simple, Powerful, Prayers Like This One March 10, 2014 Frank Weathers 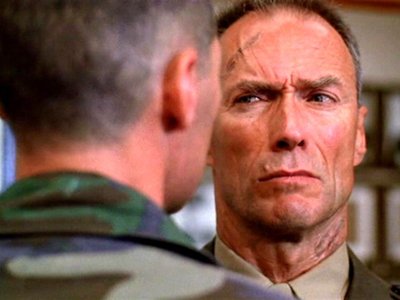 Often times, we outsmart ourselves. Over-think things, over-analyze, study, weigh carefully before we decide to act. These are generally accepted principles for decision making. In many cases, this process makes a lot of sense. In others, it is the treadmill to oblivion. Bear with me here.

One of the hallmarks of the Marine Corps, that strange monastic-like, military order I was affiliated with, is very simple. It is “speed.” In the parlance of the military, it is called operational tempo. And no military organization matches the Marine Corps in wielding this force multiplier. It is honed by constant practice, and just when you least expect it, we’re upon the foe. It really burns people sometimes, even our friends.

“We have two companies of MARINES running all over this island and thousands of ARMY troops doing nothing!” —General John Vessey, USA, Chairman of the Joint Chiefs, comments on Operation Urgent Fury, Grenada 1983.

Speed in moving across terrain, for example, is a given for Marines. But tactical speed also includes making speedy decisions. In combat, there is no time for analysis. This should not shock you, but the Marine Corps has an acronymn for putting this decision making tool into action. It is SMEAC (pronounced Smee-Ack) and it is what we call the Five Paragraph Order:

Force, applied with speed,  ensures victory. All kinds of military geniuses will testify to this. Oh, you want to sit back and keep assessing the enemy’s strength? Keep training because you’re not quite ready to commit your forces? Not quite sure you have have all the knowledge needed to decide correctly? You’ll be toast if you ever face me and my Marines. Or you’ll be remembered fondly (not!) like General McClellan from the America Civil War is (not!).

The greatest enemy of a good plan is the dream of a perfect plan. —Prussian General Karl von Clausewitz, On War, 1832

Speed is the essence of war. Take advantage of the enemy’s unpreparedness; travel by unexpected routes and strike him where he has taken no precautions.
— Sun Tzu, The Art of War (late-sixth century BC)

By now you’re thinking,  “Frank, what has this got to do with prayer?” Well, it’s Lent, you know? The season of prayer, alms giving, and fasting. About the prayer part? Well, you aren’t doing it enough. And you spend entirely to much time preparing to pray, too. It happens to me sometimes, but not so much.

Maybe you think it’s complicated. Or you’re not ready. Or you don’t know how, except you do know the Our Father. Or maybe you think you don’t have time. I can’t pray the Rosary at work, you say. No time, no privacy. Too busy, you are. Yes…too busy to pray. Maybe you think you can only pray in the parish sanctuary? Hey, if you believe God is your Father, and Jesus, then, is your adopted brother, then just talk to them. It’s pretty easy.

What’s stopping you? I don’t know. But I do know this. If you have found yourself making these excuses, then the Devil is using his ability in the operational tempo department to put your soul in jeopardy.

Still need some structure? Here is a simple, and yet thoroughly effective way to turn the tables on that loser and come away victorious. It’s called The Jesus Prayer, and it goes like this:

Lord Jesus, Have Mercy On Me.

That’s it. Oh, you want the long and complicated version?

Lord Jesus Christ, Holy Son of the Father, have mercy on me, a sinner.

It works everywhere, in every clime and place, sort of like a Marine. I’ll let Peter Kreeft explain all of the majesty and wonder of this simple prayer in greater detail. He writes a great essay about it over at The Integrated Catholic Life. I first learned of it as I explained in my post on J. D. Salinger .

But get this. Stop reading about prayer and get busy praying. Because as Military Genius #4 says,

“Hard pressed on my right. My center is yielding. Impossible to maneuver. Situation excellent. I am attacking!” —General Ferdinand Foch, message to General Joffre during the Battle of the Marne.

That is the spirit! St. Paul is smiling now. And so is Gunny Highway. 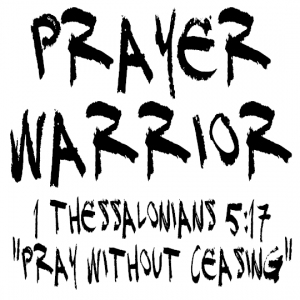 March 8, 2014
I Have No Idea Where Pope Francis Gets These Ideas About Lent
Next Post

March 13, 2014 The Next Time Someone Says "Beauty Will Save The World," Consider This...
Recent Comments
1 Comment | Leave a Comment
Browse Our Archives
get the latest from
Catholic
Sign up for our newsletter
POPULAR AT PATHEOS Catholic
1

Unmasked: Pride, Malice, And The Spirit...
A Little Bit of Nothing
Related posts from Why I Am Catholic