Praying For All Aboard Malaysia Flight 17, And Mourning Their Loss, In My Own, Feeble, Way 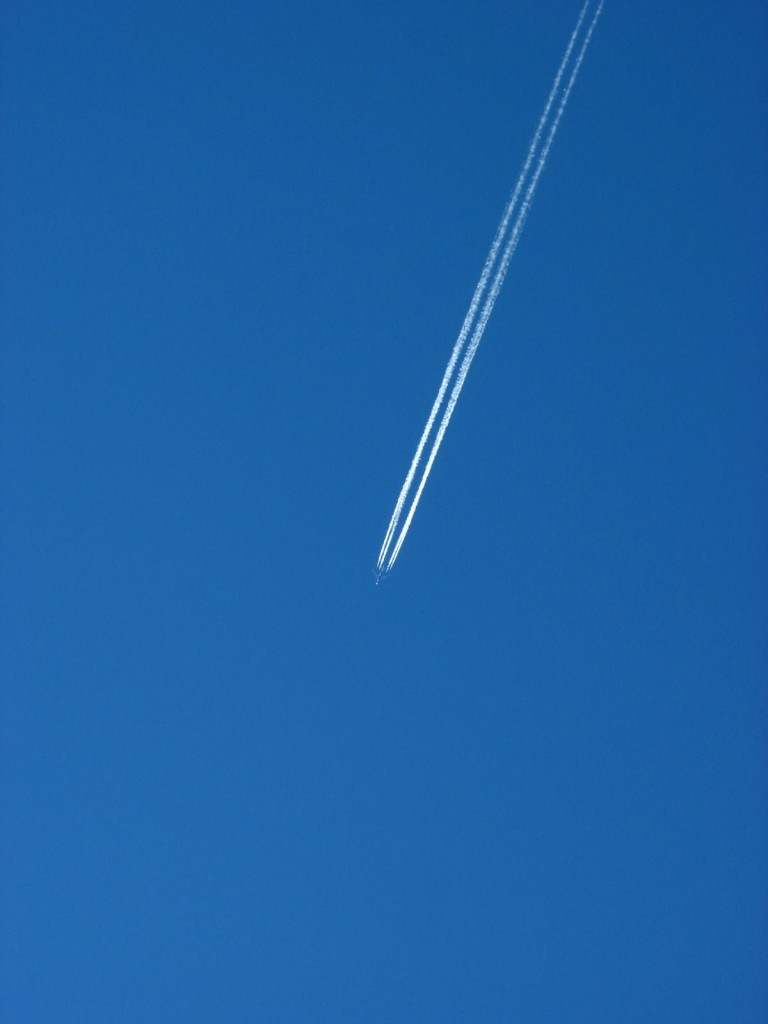 I heard the news the other day about Malaysia Airlines flight MH17 crashing in Ukraine. And then the world learned that it had been shot down by a surface-to-air missile.

What a senseless tragedy.

I went outside on a break from work, and looking up into the sky I saw what you see in the photograph above. That’s what an airliner cruising at 33,000 feet looks like.

Earlier that day, I had lectored at Mass, reading the following Psalm to the faithful,

R. From heaven the Lord looks down on the earth.

Let this be written for the generation to come,
and let his future creatures praise the LORD:
“The LORD looked down from his holy height,
from heaven he beheld the earth,
To hear the groaning of the prisoners,
to release those doomed to die.”

R. From heaven the Lord looks down on the earth.

Half a world away from me, while God looked down upon us, an anti-aircraft missile battery saw a blip on their radar screen, convinced themselves that it was an enemy aircraft, and hit the launch button.

And so the bird that was flying six miles high, carrying close to 300 men, women, and children, plunged to earth.

When I heard of the incident, I said a quick prayer for the souls of the lost. I prayed for their families, too, who are suddenly thrust into mourning. I prayed also for justice, though that seems like a long shot at this point.

Then music wound it’s way into my head, as it often does when I’m left speechless. Somber music.

But are we destined to die? Not according to The One, the God of the living. The One who became one of us.

Once I said,
“In the noontime of life I must depart!
To the gates of the nether world I shall be consigned
for the rest of my years.”

I said, “I shall see the LORD no more
in the land of the living.
No longer shall I behold my fellow men
among those who dwell in the world.”

My dwelling, like a shepherd’s tent,
is struck down and borne away from me;
You have folded up my life, like a weaver
who severs the last thread.

Those live whom the LORD protects;
yours is the life of my spirit.
You have given me health and life.

Today, more music flowed into my mind. Not sacred music, admittedly. But war, as borne out by this awful event, is truly just a shot away.

And from the shelter, prayers for the dying were prayed, from the Holy Father all the way down the chain of command, to lowly Seaman Apprentice Weathers.

May the souls of these people, innocent victims of war, now lost to us, be carried under angel’s wings to our heavenly home. 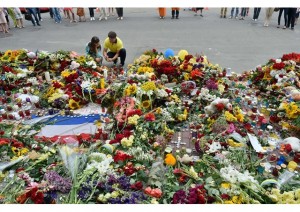 July 17, 2014
The Truth About S. 2578 From A Career Politician, With An Assist From Malcolm Muggeridge and James Madison
Next Post

July 23, 2014 Protesters In Baghdad: “I am Christian, Sunni, Shiite, Kurd, Mandean,Yazidi, and I am Iraqi"
Browse Our Archives
Follow Us!