For Pascal’s Thoughts On The Mystery Of Corpus Christi

For Pascal’s Thoughts On The Mystery Of Corpus Christi June 7, 2015 Frank Weathers

Back when I was toying around with the idea of actually trying to be a Christian, I personally got a nice kick in the rear from reading Blaise Pascal’s thought #224 on the Eucharist,

How I hate these follies of not believing in the Eucharist, etc.! If the Gospel be true, if Jesus Christ be God, what difficulty is there?

At the time, see, I didn’t even know what the Eucharist was.

These thoughts, though (in one big whopper of a paragraph), from a letter to a Mademoiselle De Roannez, clarify all of that, and are quite fitting for the Feast of Corpus Christi.

If God discovered himself continually to men, there would be no merit in believing him; and, if he never discovered himself, there would be little faith. But he conceals himself ordinarily and discovers himself rarely to those whom he wishes to engage in his service. This strange secrecy, in which God is impenetrably withdrawn from the sight of men, is a great lesson to betake ourselves to solitude far from the sight of men. He remained concealed under the veil of the nature that covers him till the Incarnation; and when it was necessary that he should appear, he concealed himself still the more in covering himself with humanity. He was much more recognizable when he was invisible than when he rendered himself visible. And in fine, when he wished to fulfill the promise that he made to his apostles to remain with men until his final coming, he chose to remain in the strangest and most obscure secret of all, which are the species of the Eucharist. It is this sacrament that St. John calls in the Apocalypse a concealed manner; and I believe that Isaiah saw It in that state, when he said in the spirit of prophecy: Truly thou art a God concealed. This is the last secrecy wherein he can be. The veil of nature that covers God has been penetrated by some of the unbelieving, who, as St. Paul says, have recognized an invisible God in visible nature. Heretical Christians have recognized him through his humanity and adored Jesus Christ God and man. But to recognize him under the species of bread is peculiar to Catholics alone: none but us are thus enlightened by God. We may add to these considerations the secrecy of the spirit of God concealed still in the Scripture. For there are two perfect senses, the literal and the mystical; and the Jews, stopping at the one, do not even think that there is another, and take no thought for searching it out, just as the impious, seeing natural effects, attribute them to nature, without thinking that there is another author, and, as the Jews, seeing a perfect man in Jesus Christ, have not thought to seek in him another nature: We had not thought that it was he, again says Isaiah: and just as, in fine, the heretics, seeing the perfect appearances of bread in the Eucharist, do not think to see in it another substance. All things cover some mystery; all things have veils that cover God. Christians ought to recognize him in every thing. Temporal afflictions cover eternal goods to which they lead. Temporal joys cover eternal ills that they cause. Let us pray God to make us recognize and serve him in every thing; let us give him countless thanks that, having concealed himself in all things for others, he has discovered himself in all things and in so many ways for us.

Read the rest on the YIMCatholic Bookshelf, where you will find 1,125 volumes (and rising) where countless men and women have dived into the bottomless depths of the Catholic faith.

Believe it or not, it all reminds me of a song,

Looks like I need to go see Love & Mercy. 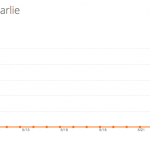 June 1, 2015
The Charlie Charlie Phenomenon: Were We Played For Fools By Hollywood?
Next Post

June 10, 2015 Why I Remain Catholic? Is This A Trick Question?
Browse Our Archives
get the latest from
Catholic
Sign up for our newsletter
POPULAR AT PATHEOS Catholic
1

Avoid Universalizing Private Devotions And Cultural...
A Little Bit of Nothing
Related posts from Why I Am Catholic