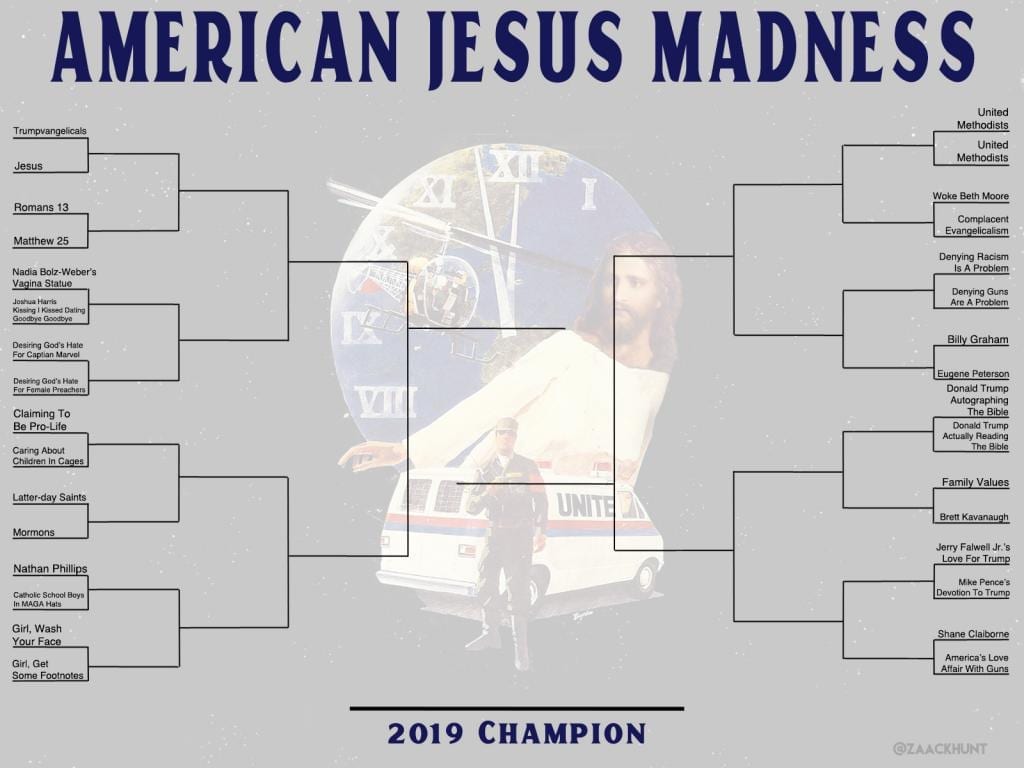 It’s time once again to crown a new champion of American Christianity.

As always, we’ve got some really tough 1st round matchups. And as always, who moves on is totally up to you, so vote and vote often!!

And if you’re still not sure who or what to vote for, check out this handy tournament breakdown from Matt Gorkos.

Lastly, since we always have a few new folks with us every year, here’s a few reminders about voting…

That should be about it, but if you happen to have any questions, please don’t hesitate to ask in the comments section below.
Let the games begin!

1st Round voting is now closed. Check back tomorrow morning to find out who advanced to the Salacious 16!! 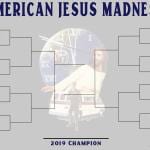 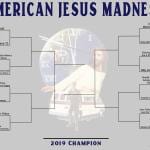