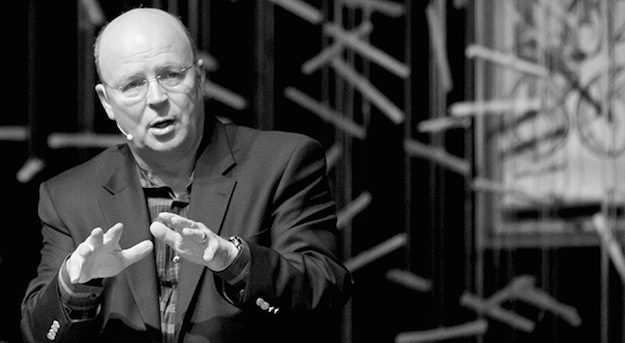 One of my theological heroes is Scot McKnight. He recently released a new book called Kingdom Conspiracy: Returning to the Radical Mission of the Local Church. And it is a doozy…in all the right ways! (Check out the book website here.)

Here’s my interview with Scot:

Z: Hi Scot, thanks so much for joining us over here! I love your new book and think it’s a really timely addition to the conversation. But enough with my opinion – what prompted you to write it?

Scot: I have been thinking about and writing about kingdom for nearly twenty years now, and I first published something about kingdom at an extensive level in 1999 in A New Vision for Israel. At that time I was already connecting “kingdom” to “Israel” but I was in a historical mode and not much of a theological mode.

As my life shifted into college student teaching, I began to think about that view of kingdom more and more theologically so that I could explain the significance of kingdom to students who were wondering why this term even mattered. I published a few observations about kingdom in this more theological mode in books like Embracing Grace, One.Life, and The King Jesus Gospel.

But I wasn’t happy because (1) I wasn’t sorting out what I was seeing in the Bible comprehensively enough and (2) I was hearing an increasing use of this term in ways that bothered me because the uses were veering far from what the Bible means.

So, there, that’s why I wrote this book: to set out my thoughts in the context of an increasing popularity of a term that was being used in ways significantly different than the Bible’s use.

Z: Right off the bat, you introduce the Skinny Jeans vs. Pleated Pants metaphor for how the church thinks about the kingdom of God. Granted these are generalizations, but do you see one perspective as more harmful or errant than another? In other words, who is closer to the vision of kingdom that you present in the book?

Scot: Both are harmful to the same degree (though I think the skinny jeans folks will be more sensitive to my critique) and both have said something important to the same degree. I’d rather bring them to the same table and then have us all shift to a new and bigger table, if you see my metaphor.

Neither is closer; neither is farther away than the other.

Scot: Yep, that’s a big claim and it is precisely the thesis of the book: we don’t understand kingdom mission until we understand kingdom. My contention is that the word “kingdom” in the Bible – and in its historical context – entailed five elements, and each was necessary for there to be a kingdom at all: a king, a king who can rule by way of governing and redeeming his people, a people over whom the king rules (by governing and redeeming), a law that governs the people, and a land in which this people under this king dwells.

That’s a kingdom: kingdom reduced to one (either the law/ethic or the redemption theme) destroys the complex network that makes up a kingdom. You aren’t an American if you choose as a Brazilian to follow the American Constitution as your law. You must live in our space and follow our laws in fellowship with other Americans under our … well, we don’t have a king so we aren’t a kingdom … but the analogy works.

A kingdom is a people living under a king and his will in his protected space.

Kingdom mission is now defined for us by the word kingdom: it means living under king Jesus with other king Jesus people who also follow king Jesus’ will in king Jesus’ space. (Save that issue of land and space for some other time, as it is not a crucial element to my book.)

Now to expand: to think we are doing kingdom mission in the public sector is to make America God’s kingdom or it is secularize kingdom to the point it is no longer under king Jesus or a redemptive reality of a redeemed people living in fellowship or, which is often the case I fear, that we have secularized the ethic of Jesus to the point it loses contact with his cruciform reality.

Z: I quoted that kingdom mission axiom in a guest sermon at our local United Methodist Church, and it ruffled all the right feathers :). How do you see this idea impacting your readers – and what result are you hoping for? 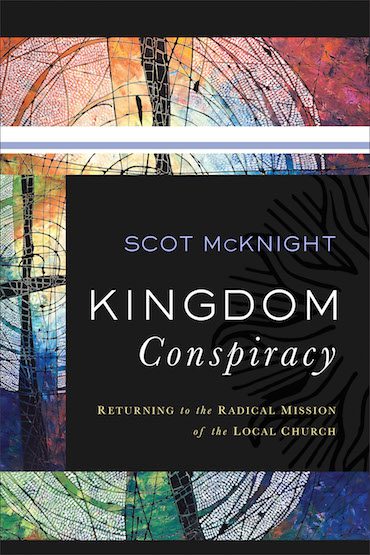 Scot: Of course, ruffling feathers is part of this book because I know my view is the minority viewpoint (right now, I hope). The standard views are skinny jeans and pleated pants so my contention makes the church far more central to kingdom than most are doing. In fact, most are de-centering the church in their quest to do kingdom work. That is a blatant mistake: to do kingdom work at the expense or to the neglect of the church denies the kingship of Jesus and the kinship of king Jesus’ people.

Z: Do you see this perspective as pushing back at all on the popular missional axiom, “The church doesn’t have a mission; God’s mission has a church” (i.e., missiology before ecclesiology)? Or is it compatible with that view?

The line you gave me above is a false dichotomy and I find it meaningless, though I think I know what folks are meaning. What they are doing, however, is decentering the church as institution (always a pejorative term, but a term that we can never get rid of because the moment we organize we’ve got an institution) and offering some happy alternative that in the end will either have the church as the focus in the mission (which view destroys the happy line you gave me) or it will destroy the church and make God’s mission something bigger and better (which view destroys what the Bible and our great tradition have taught).

Scot: There are all kinds of liberation theologies, let’s be honest. I didn’t have space or the expertise to sort them all out and make different colors of skinny jeans. Liberation theology’s major voices for me in this book are Guitierrez, Jürgen Moltmann and his wife Elizabeth Wendell-Moltmann, and Brian Blount. They are samples, and I see in each, and esp in Gutierrez’s seminal work, a diminishment of the church as the locus of God’s mission in the world.

Kingdom mission as church mission, remember this is my burden to establish, makes churches the place where liberation is to occur and be exhibited to the world. Most, however, in the liberation theology movement, turn all action into the public and political and economic sectors. I am not against that kind of activism at all; in fact, I’m all for it. But that does not make it kingdom work; I call such “good work” (I offer biblical reasons for that expression). To secularize the kingdom is to dethrone the king because the one who is least mentioned in the public sector is king Jesus.

Z: Let’s be honest – you are poking at progressive Christians in this book! (And conservatives too.) In Chapter 9 you point out that justice and evangelism are like two poles with groups gravitating toward either one. Then you offer a way forward: “Kingdom mission admits the primacy of evangelism but sees the locus of the social dimension to be first and foremost in the church as a witness to the world.” You also draw attention in Chapter 11 to Jesus and judgment in perhaps my favorite quote from the book: “There’s a full sleeve of punishment sayings tattooed on the arm of Jesus when it comes to the future kingdom.” How have progressive Christians missed the boat on evangelism, judgment, and punishment in their vision of the kingdom?

Scot: I’ll say this again: Yes, I do poke at skinny jeans folks but I poke too at pleated pants folks. Both are operating with reductions of the kingdom and neither has enough church in their kingdom theory.

I have no desire to point out the weaknesses here of only the skinny jeans crowd, though have a trend not to be evangelistic as I would understanding gospeling; they probably do not focus much on judgment as a desire for the kingdom people and for the kingdom itself; but I’m not sure the pleated pants do much better. Yes, pleated pants folks who focus on redemptive moments and evangelism as a redemptive moment may well focus on evangelism more than skinny jeans, but they are the ones who neglect justice and peace as a generalization. So I’m calling for evangelism and justice as expressed in the church as kingdom mission and kingdom work.

Z: Since the readers of this blog likely lean toward the Skinny Jeans camp, what final exhortation would you give to us in our pursuit of kingdom mission?

Scot: Come with me to the Bible and answer with me what the Bible means by “kingdom” and commit with me to use the term faithfully as Jesus used it. Even more, let’s first “kingdom-ize” our own fellowship (local church) before we go public. We earn a voice in the public square only by showing we can do it in our fellowship.

Thanks again, Scot. I appreciate your work immensely. And I hope everyone goes out to buy this book!