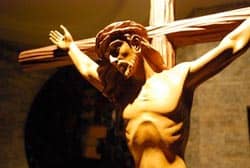 In his letter to the Romans, Paul wrote, "For the wages of sin is death, but the gift of God is eternal life in Christ Jesus our Lord" (Romans 6:23). This single sentence neatly summarizes the Christian doctrine of atonement, which teaches that the reconciliation of sinful humanity with the God of love was accomplished by God in the sacrifice of His son, Jesus Christ, on the cross.

Christianity teaches that God hates sin and will punish the transgressor. It is in the nature of humans to sin, so all people risk separation from God, the source of all life and love. Cut off from God, we suffer anxiety and despair in an insignificant and unhappy life. We become hateful toward others and ourselves, inflicting pain on each other and on the rest of creation. 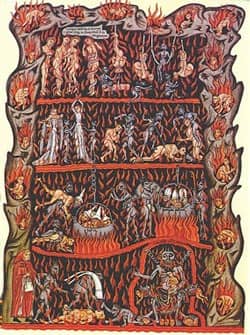 Christians also believe that human existence does not end at physical death. There is a world to come, and the consequences of sin will follow humans there. As the judge of all, God will assess each individual's relationship to Christ; people risk a sentence of eternal punishment and spiritual death, forever separated from God. A great deal of Christian art and writing has vividly depicted the grotesque torture and suffering of those damned to hell.

As a consequence, salvation is the foremost concern for Christians. It is fallen human nature to sin, yet God punishes sin. Humans are, at least according to some Christian doctrine, therefore helpless, vulnerable to punishment and damnation. 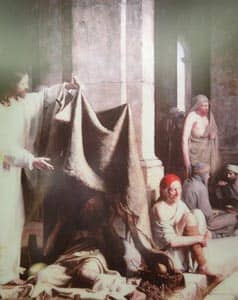 Since it is impossible to save themselves, humans need God's saving work on their behalf. That divine action, salvation, comes through Jesus Christ. In his second letter to the Corinthians, Paul wrote, "God was in Christ, reconciling the world to himself" (2 Cor. 5:19). The belief that God was in Christ is expressed in the Christian doctrine of incarnation, which teaches that Jesus, although fully human, was nonetheless the fullness of God. God chose to become human, voluntarily living a life of sinless obedience and suffering pain and death on the cross in order to reconcile humanity with divinity.

Christianity uses rich imagery to describe this reconciliation by Jesus. For example, Christians use chapter 53 of the Book of Isaiah, which tells of God's suffering servant on whom is placed all the sins and burdens of the people, so that he can atone for them. The Gospel of Matthew likens Jesus' death to the payment of ransom, which is what redemption means (Matthew 20:28). The Gospel of John calls Jesus "the Lamb of God, who takes away the sin of the world" (John 1:29). This recalls the many accounts in the Old Testament of the sacrifice of a lamb to atone for the sins of the people. Jesus' death on the cross is the greatest sacrifice of all, for it redressed the sins of all humankind for all time, restoring the loving relationship between God and humans. 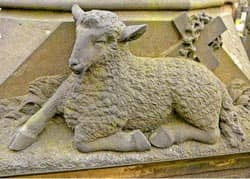 In the 11th century, Anselm, Archbishop of Canterbury, wrote Why God Became Man, arguably the most influential explanation of the atonement in the west. Anselm proposed that the incarnation was a logical process. Wanting to uphold the moral order, God could not ignore sin. Sin, in Anselm's view, cannot be forgiven without some kind of satisfaction, but the debt owed by humanity on its sinfulness was too great for humankind to pay. Only a redeemer able to pay the huge debt of humankind's sin could set humanity free. 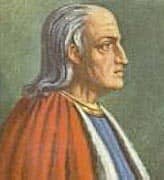 Such a redeemer must be both God and man, for the death of God incarnate would be of infinite value and would therefore pay for the sins of the entire human race.

The Eastern Orthodox tradition places less emphasis on Anselm's idea of satisfaction of debt. Eastern Christianity emphasizes the victorious and triumphant King on the cross, glorious in the divine defeat of sin and death. This interpretation focuses on Jesus as the Christus Victor, the conqueror of all evil. Jesus' death accomplished God's final victory over the power of sin that had entered the world.

Branches of Christianity differ on how humans can and are to respond to this gift of God, but all Christians agree that the resurrection of Jesus made eternal life possible for humans. Eternal life begins not after death, but at the moment of spiritual new birth, understood in some Christian traditions as occurring at the time of baptism and in others as occurring at a point of conscious trust in Christ, and death is but a passage of the eternal soul. Although the physical body dies, the soul of a person is rewarded or punished based on a life of faith. Those who believed in Jesus' work and who expressed that faith in good works will be rewarded with heaven and will live in the presence of God; those who refused to believe in Jesus and lived wickedly will be punished in hell. Finally, Christianity also teaches that at the end of time, after divine judgment, those who have eternal life will also be physically resurrected, just as Jesus was.

Many contemporary Christians struggle with the thought that a loving God would not receive either all or the vast majority of people into heaven. They often decide to leave that question to the love and mercy of God. Jesus promised he would return to judge all people, and Christians see this not as a reason to fear, but as a promise of the return of a Savior, the friend and brother of sinners. Most importantly, Christian belief about salvation holds that eternal life cannot be earned by human striving, because no one would deserve salvation if judged entirely on merit. Eternal life is a gift from God.

Study Questions:
1.     What is the Christian understanding of atonement?
2.     Describe the relationship between sin and death.
3.     Why was Jesus believed to have provided the way to salvation?
4.     What does it take for one to receive eternal salvation? 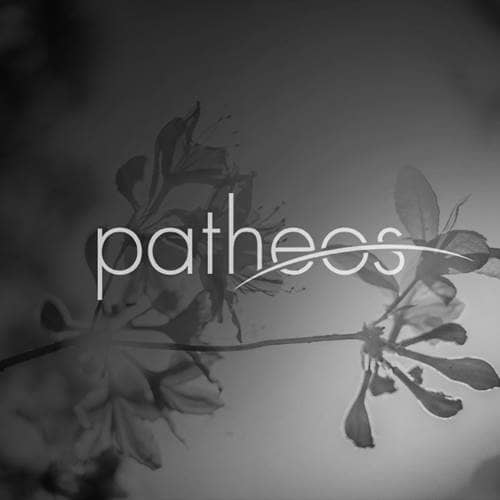