David Baddiel is a British comedian and writer, who is usually very funny. He is however deadly serious in a column in the January 29 Times Literary Supplement [paywalled] in which he complains about the widespread tolerance of vicious anti-Semitism when it comes from Left or “progressive” sources. (The column is an extract from his new book Jews Don’t Count). His argument has a great deal to say about contemporary debates over censorship and so-called “cancel culture,” and how we celebrate famous people. One of his examples took me aback in a major and personal way.

By way of background, I love, really love, Alice Walker’s 1982 novel The Color Purple (the film, not so much). It was therefore grim to have Baddiel remind me of Walker’s role as an example of gross anti-Semitism – not some casual or ambiguous remark, but a hateful rant. It was wrenching then, and it remains so now.

Specifically, in 2017, she placed on her website a clumsy manifesto presented as a “poem” titled “It Is Our (Frightful) Duty To Study The Talmud.” So you look at the title and imagine it dripping with irony, which it is not. Walker’s poem lists various acts of injustice and savagery allegedly committed by the state of Israel and its armed forces, and  tracks these acts back to a fundamental core of Jewish religion, the Talmud. She then quotes some very ugly sentiments and stories that she attributes to the Talmud, culminating in the atrocity of this stanza:

Are Goyim (us) meant to be slaves of Jews, and not only
That, but to enjoy it?
Are three year old (and a day) girls eligible for marriage and intercourse?
Are young boys fair game for rape?

Must even the best of the Goyim (us, again) be killed?

We wait for the punch line, or the irony, or the “but seriously”… and it’s not there. This is serious. And it goes on and on in the same mode.

We sometimes put a saying in context by saying “It is almost as if X said that [take some really extreme or appalling example, often involving Hitler].” We can’t do that here because the views presented are already the absolute worst that can be said in the realm of anti-Jewish bile. It’s not the slippery slope, it’s already the bottom of the mountain. Besides their appearance in Walker, these Talmudic “references” are tales that circulate in the pamphlets, and now the websites, of overt anti-Semitic loons. I first encountered this dreck in the mid-1980s, when I was working on a then-upsurge of neo-Nazi terrorism in the US. That was when I first read the movement’s Bible, William Pierce’s The Turner Diaries, which cites a like range of nonsense attributed to the Talmud. When Turner’s Jewish villains speak, their words “dripped with Talmudic hatred.” These charges are still the common currency of neo-Nazi, and not so “neo-“, fanatics. They are hideous.

We cannot say that this material is politically anti-Zionist, but not racially or religiously anti-Semitic. The poem is aimed directly at the Talmud itself, and thus at the heart of Judaism. If Walker wants to defend Palestinian rights, that is one thing, but thus is completely different. Likewise, there is no way these words can be defended by saying that, while they seem appalling to us today, people thought differently back then in that earlier and less sensitive epoch, way back in, um, 2017.

I am absolutely not the first person to highlight Walker’s writing here, nor to be appalled by it. There are many precedents. Jeffrey Salkin says, forthrightly, “When it comes to the Jews, Alice Walker is echoing neo-Nazis.” Nylah Burton speaks of the “terrible anti-Semitic poem.” The New York Times refers to the “blatantly anti-Semitic language” of her Talmud poem. A recent review in New Republic speaks of her “well-documented antisemitism.”

Meanwhile, Walker gave a shout out to David Icke, whom she called “brave enough to ask the questions others fear to ask.” As the New York Times remarks, “Mr. Icke draws on ideas from the anti-Semitic pamphlet The Protocols of the Elders of Zion, argues that Holocaust denial should be taught in schools and that Jews are responsible for organizing anti-Semitic attacks, and calls the Talmud a racist document.” If you are interested in Mr. Icke’s other contributions to human civilization, do check you this survey of Reptilian conspiracy theory, where you will find many other “brave” questions that others dare not ask. Do especially note the “shape-shifting reptilian aliens [who] control Earth by taking on human form and gaining political power to manipulate human societies.”

Walker offers an interesting case study. So what do “we” do, meaning the general world of people who care about books, education, and reading? What about anyone concerned about religious and religious interchange? Do colleges kick Walker’s works out of the curriculum? Do presses withdraw and suppress her immensely profitable books? There are two questions here. One is should they, and the second is, would they dare – acting against a “woman of color”?

If there were statues to Walker, would and should people tear them down? Have any of the many awards that Walker has won through the years been revoked, including the Pulitzer Prize? Should they be?

My own answer leans to something like traditional liberalism. Sure, read her books, watch the film of The Color Purple, and invite her to speak. Give her awards and honors for her achievements. If you must, put up a statue to her. But never let her forget that poem. Never introduce her or publish her or teach her work without an acknowledgment, however brief, of what she has said. Ban nothing, revoke nothing, but add the essential context.

And if you are ever discussing issues of censorship or cancelling, there really are no better examples to start with. If Walker can get away with this (and she has), there really is no basis to criticize or ban anything whatever. If a university has a furor over a work of art or literature, or a controversial lecturer, ask if their English department is teaching Alice Walker. It will be (and it should be). Then proceed to ask questions about consistency. 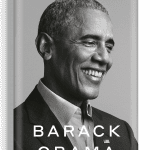