Of Serpents, Lions, and Eagle’s Wings

My present research involves writing a biography of Psalm 91 as it has been read and used through history. That might seem a fairly limited and specific project, but in fact, I am being drowned in material. The psalm’s verses show up abundantly and centrally in the foundational texts of Christology, in the history of monasticism, and in Christian thinking through the centuries about war and politics, about plague and pestilence. It also appears very frequently on material objects of all kinds. Based on the archaeological evidence, one scholar has argued that in the early Christian centuries and Late Antiquity, the psalm was by a wide margin the “most popular, widespread, and attested text of the Bible,” far more than any New Testament verse or passage, even the Lord’s Prayer. And in odd ways, it continues to be very widespread, often in disguised form. Even in 2021.

One problem in recognizing that sneakily ubiquitous quality is that the psalm seeped so easily into the thought of believers that they quoted it without citation or acknowledgment. In the third century, Egyptian thinker Origen wrote extensive works of apology and theological argument, and in so doing he regularly quoted the book of psalms, in abundance. He usually did so with specific reference to the psalm being quoted, naming in for instance as the 68th, or at least attributing it to “the Psalmist.” But when he quoted the line about Christ’s followers receiving the power to tread down lions or serpents and scorpions (Ps. 91.13), he offered no such sourcing: it was simply too well known to need attribution. That line about treading or trampling down evil spirits, in the metaphorical form of dangerous beasts, was so commonly quoted in early and Patristic Christian writings that it became something like a slogan of the faith, an epitome of what Christianity had to offer. Often, the people quoting the line are also citing Luke 10.19, in which Jesus himself closes paraphrases Psalm 91, although again, without attribution. But directly or indirectly, we are certainly dealing with that psalm. (I’ll talk about that Luke verse in another post).

And the borrowings continue. One remarkable example of such indirect and largely unacknowledged quotation involves Fr. Michael Joncas’s iconic 1979 setting, “On Eagle’s Wings.” This attracted headline coverage last November when Joe Biden quoted it in his victory speech following the Presidential election, to the delight of countless American Catholics. (He was specifically applying it in the context of victims of the pandemic). As secular-minded journalists scrambled to understand the hymn, they discovered its powerful promise that

You need not fear the terror of the night,

Nor the arrow that flies by day,

Though thousands fall about you,

Near you it shall not come.

Despite the addition of the extraneous “eagle” in the title (and in the verse quoted by Biden), “On Eagle’s Wings” is in fact a strikingly faithful rendering of Psalm 91. Now, if only Biden had announced explicitly that he was going to quote Psalm 91, which is so often associated with demon fighting and spiritual warfare, there would – um, shall we say, there would have been talk. But he didn’t, he referenced a hymn that is an authentic landmark of contemporary American Christian devotion.

“On Eagle’s Wings” is almost an “Amazing Grace” of our own time. It is probably the most popular hymn of the post-Vatican II Catholic church in the US, but Pentecostals have also adopted it widely, as have mainline churches such as Episcopalians and Lutherans. The “eagle” reference gives the hymn a special cachet among Native American believers. Part of its larger appeal is its lack of references to any particular faith tradition, beyond general references to the Lord. “On Eagle’s Wings” offers a non-denominational spiritual exaltation that can be appreciated by the “spiritual but not religious.” It has been translated into many languages. Biden’s use of the hymn has sparked a new wave of recordings and renditions.

“On Eagle’s Wings” is a common fixture of Catholic funeral masses, and it featured at the memorial service following the Oklahoma City bombing of 1995. It was the standard hymn for the burial of victims of the September 11 terror attacks. Indirectly, such usage has made the words of Psalm 91 almost as familiar a feature of Catholic funerals as of Jewish events, which have long deployed that same psalm in those contexts.

In a recent column, Ross Douthat rightly presented the hymn as integral to a significant political/religious culture:

Liberal Catholicism is a culture, recognizable in its institutions and tropes, its iconography and allusions — to Pope John XXIII and Jesuit universities, to the “seamless garment” of Catholic teaching and the “spirit” of the Second Vatican Council, to the works of Thomas Merton and hymns like “On Eagle’s Wings” (which Biden quoted in his victory speech).

Such repeated uses and appropriations have made Psalm 91 and its imagery very familiar indeed to believers of many levels of learning or sophistication, and they continue to do so. So no, I stand in no risk of running short of material. 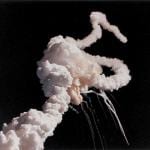 February 1, 2021 Cancelling Alice Walker?
Recent Comments
0 | Leave a Comment
"Good luck on your new path."
Scott. F. feighner A Farewell Post
"Undoubtedly they start the story, then there is an upsurge during and after the first ..."
philipjenkins Of Empires, Faiths, and Unintended Consequences
"I believe that the impressive growth of Christianity in Sub-Saharan Africa is an indirect result ..."
Tony Of Empires, Faiths, and Unintended Consequences
"Intriguing. I didn't know that Walter Rauschenbusch was a prohibitionist! Odd, since his book,Christianity and ..."
Daniel Wilcox “Everything You Know about Prohibition Is ..."
Browse Our Archives
get the latest updates from
Anxious Bench
and the Patheos
Evangelical
Channel
POPULAR AT PATHEOS Evangelical
1