Confucianism as an institution was not established until long after the death of its founder, Kongzi. During the 4th and 3rd centuries B.C.E., a diverse collection of writings circulated concerning his life and teachings, with little internal cohesion. It was not until the 2nd and 1st centuries B.C.E. that a cohesive portrait of a "Confucian" tradition emerged. 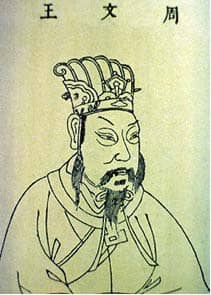 Up to that point, "Confucians" simply were those Chinese thinkers who revered, and ordered their lives around, the collection of Western Zhou texts later known as the Wujing, which they attributed to Kongzi. As the modern Chinese scholar Qian Mu (1895-1990) put it: "What [Kongzi] had his faith and took delight in, as well as what he transmitted, was antiquity itself . . . Hence he never thought of himself as superior to the ancients."

Kongzi and his disciples perpetuated this image of the Confucian as one who simply transmitted the teachings of the sages of the past and did not create any sort of novel or personal teaching. They took great delight in learning about Western Zhou history, customs, and literature, which they assumed had preserved the best of the wisdom of earlier sages and kingdoms. Their interest in antiquity arose from their conviction that it provided the most effective resource for the restoration of culture during their own troubled times. Such antiquarian scholars were known as Ru, a word that came to define a scholar or erudite expert in ritual. Like other Warring States thinkers, Ru came from the class of newly-impoverished aristocrats known as shi ("knights" or "retainers") who lost their place in society due to the collapse of the Western Zhou social order. The Ru were the ritual masters and teachers of the courts of the various regimes that, during the centuries after the death of Kongzi, contended with one another for the violent reunification of north China into a new imperial order.

During this first, classical period of Confucianism's development, the legacy of Kongzi was reshaped by debates between the disciples of Mengzi (Master Meng, often Latinized as Mencius; 372-289 B.C.E.) and Xunzi (310-220 B.C.E.). Kongzi, Mengzi, and Xunzi are commemorated by Confucians as the foundational masters of their tradition, and in fact, their legacies provide the basic structure for Confucian thought throughout its long development in East Asia. However, there was no single, uniform system of Confucian doctrine and practice prior to the Han dynasty. The 3rd century B.C.E. writer Han Fei attests to the existence of eight separate Ru factions (rujia bapai) in his own day.

With the founding of the Han dynasty in 202 B.C.E., the second, imperial period of Confucian's development began to unfold. During this period, the classical

texts attained their present form, the commentarial traditions arose, and Confucianism gained state support. This second stage was marked by the formulation of a state-supported imperial Confucian ideology to replace the discredited Legalism (fajia) of the Qin dynasty (221-206 B.C.E.), which placed all human relationships (especially the ruler-subject relationship) on a punishment-or-reward basis and emphasized strict implementation of rules and regulations without regard for particular contexts. 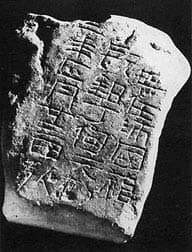 The Han dynasty was the grand era of commentary as the preferred technique for understanding the words and meanings of the sages. In one form or another, the Han mixture of Legalist pragmatism (focused on rigorous application of standards), Confucian ethics (focused on nurturing respect across age, class, and gender hierarchies), and Taoist cosmology (focused on identifying and embracing change as a cosmic constant) dominated the Chinese political, social, and intellectual world right up to the end of the imperial state and the founding of the Chinese republic in 1911 C.E. However, many Confucians were extremely disconcerted about the inevitable misuse of Confucian symbols (such as the rhetoric of moral rulership ordained by Tian) by state authority. Balancing this fear of serving an unworthy prince was the perennial Confucian desire to bring good government and social order to the world through governmental service. Three of the most representative of the Han Confucians were Dong Zhongshu (c. 179-104 B.C.E.), Yang Xiong (53 B.C.E.-18 C.E.), and Xun Yue (148-209 C.E.). These men saw that governmental service must be tied closely to the state in order for it to be effective.

One result of Confucianism's establishment as the official ideology of the Han dynasty was the reimagining of Kongzi as something more than a venerable mortal sage. Beginning with Sima Qian (145-86 B.C.E.), Han writers included fantastic elements in their biographies of Kongzi. In such tales, Kongzi's birth was heralded by a qilin (a unicorn-like creature) and dancing dragons, he was born with the texts of the Western Zhou classics inscribed on his body, and he grew to be nine feet tall. After his death, he was alleged to have revealed himself in a glorified state to his living disciples, who then received further esoteric teachings from their apotheosized master. Eventually, and perhaps inevitably, he was recognized as a deity and a cult organized itself around his worship. 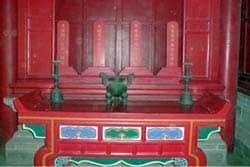 The 20th century Chinese philosopher Feng Youlan (1895-1990) once suggested that, had these Han images of Confucius prevailed, Confucius would have become a figure comparable to Jesus Christ in the history of China, and there would have been no arguments among scholars about whether or not Confucianism was a religion like Christianity. As things turned out, other images of deity that originated in the Buddhist and Taoist traditions proved to be more powerful in capturing the devotion of Chinese commoners. At any rate, by the end of the Han dynasty, when Buddhism still was largely unknown and Taoism was just beginning to become an organized sect, Kongzi and his tradition had been elevated from an obscure, disorganized, and disenfranchised community of Ru to the most prominent, unified, and politically powerful religious institution in China. 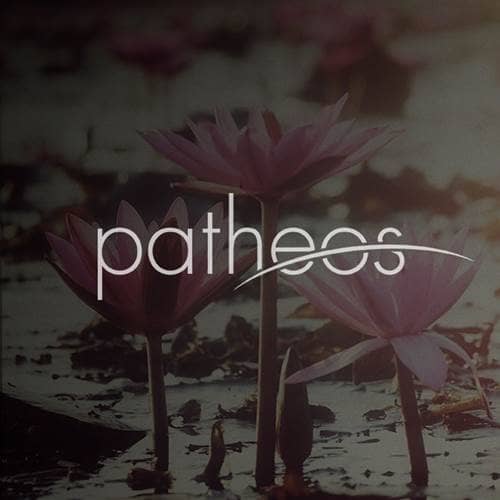