The first female bishop of the Church of England may be ordained by the end of the year. The Mormon community is widely discussing the role of women in LDS leadership, missions, and perhaps the priesthood. Some religious traditions embrace the contributions of women in positions of authority within narrowly defined parameters. Others recognize a full equality in every arena of leadership. Everywhere the conversation about the role of women in leading religious communities involves the interpretation of sacred texts, the role of traditions, and the divine call of women.

Despite decades of positive change toward gender equality in American society, women remain under-represented in leadership positions in most major faith groups. What theological and social factors lie behind this resistance to change? How can more women gain access to leadership positions? What impact have women had in faith traditions with greater levels of equality? What might change if women had greater responsibility in religious organizations?

Women-led Prayer: Islamic jurisprudence,...
This is a call for Muslims to stand behind women in prayer...
Featured Panelists

Is the Church Worthy of Women Leaders?
I would say that a "liberal" denomination that invites...

The Empty Pews
Why is over half of the population on the planet routinely...

Honorable Mention: Ordain a Lady!
It does NOT get much better than this: From the Women's... 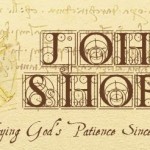 What can a woman know about pastoring?
Who is more obviously qualified to be a pastor than a...

Beyond Family: Women's Leadership in the LDS Church
A recent flurry of debate and discussion over the issue of...

Who is Speaking for Me?
In 1960, John F. Kennedy and Richard Nixon famously faced...

Why LDS Women Will Not Be Ordained to the Priesthood
Over the last year, a small but growing movement within...

"If our church did not allow her to preach..."
One of the strategies to recognize, encourage and mobilize...
Patheos Archives