What can a woman know about pastoring?

Got in the below. My response follows it.

I am interested in becoming a pastor. I was raised by my mothers, who have been together for 13 years. Because of my gender and unusual upbringing I have had my dreams discouraged by leaders in one of the churches I attend.

I understand that women in leadership roles are generally forbidden in the Bible, but I feel that this is my calling. I’m worried about how to respond and overcome the adversity to my endeavors without behaving as harshly as the people telling me it’s not possible. I want to preach love and tolerance, not fear and damnation. I’m concerned that no one would be interested in what a woman has to say, let alone one with gay parents. As much as I’d love to believe I can reach my goal painlessly, I know my community far too well for that. So, do you have any suggestions on how I can do it as painlessly as possible?

It’s so insane, that anyone today still thinks that being born with male genitalia automatically makes you more qualified to know and speak for God than does being a person who actually can bring life into the world.

I know that today we are with invigorating speed moving toward a Christianity that recognizes that … well, for one, that LGBT people and women can be every bit as Christian—and can therefore lead Christians—as well as any man ever could. But good lord already, how long do we have to wait until racist, misogynistic fools like Mr. Duck Duck Dick and professional hatemongers like Bryan Fisher and Tony Perkins (This animal. This cretin. This travesty. This demon.) are universally understood to have no more to do with Jesus Christ than a blood-sucking leech has to do with architecture?

Why should your gender and/or the fact that you were raised by two women, have anything whatsoever to do with how qualified you are to be a pastor? It’s like wondering if a left-handed person can possibly be qualified to be a baseball player.

You love God; God loves you; you feel called by God to be a pastor; a pastor is what you should be. If anything, being a woman raised by a lesbian couple recommends you as a pastor, since you come into the game with an intimate personal knowledge of the main thing Jesus was about, which is extending God’s love to outsiders. I want a pastor who knows what it is to be shunned and maligned for no other reason than who they are and were born to be.

Isn’t that, after all, exactly what happened to Christ? And doesn’t that mean that if anyone should be assumed, by virtue of their gender and upbringing, to be least qualified to be a pastor, it’s a straight white male whose parents could afford to buy him a first-rate college and seminary education?

We know you’ve suffered. We know you know God. We feel the power of the Holy Spirit within you. But, alas, you were born wangless. But don’t dismay! We love you! And in time you are certain to discover that the view from the back of the church isn’t really all that bad.

Because that sounds like a Christianity worthy of the name.

You can be a pastor. Anyone who tells you differently knows less about the heart and soul of Christianity than I know about nucleotides. Don’t stress over anyone saying that you can’t or shouldn’t be a pastor. Don’t even argue with such people; just understand that they’re clinging to whatever they must in order to make themselves feel safe and secure. That’s your business only if you allow it to be. Your true business is to see past their sadly willful ignorance, make whatever peace you can with them, and keep moving forward. Lots of denominations fully ordain women. A dear woman friend of mine is the lead pastor of a huge Lutheran church. Another has spent the last twenty years being lead pastor in two large Episcopal church. The head of the entire Episcopal church in America is a woman, Katherine Jefferies Schori.

There’s nothing at all stopping you from being a pastor. You’re just right now surrounded by Christians too “conservative” for their own good. Keep your eye on your goal, remain steadfast, and, come the time, kiss those people good-bye. And then do what you were apparently born to: move into, embrace, represent, help create, and ultimately be nurtured by a Christianity mature enough to reject the childish, lame, groundless, toxic, obviously flawed and cruelly unfair notion that the quality of a person’s soul is automatically determined by, off all things, what they look like naked. 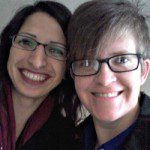 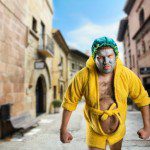 January 8, 2014 Why atheists win arguments with Christians about God
Recent Comments
16 Comments | Leave a Comment
"Thank you thank you thank you for this! This is exactly my story... Our story. ..."
ashley williams 1 Man, 2 Women In A ..."
"Hello dear Brother in Christ. You are experiencing Child Abuse and if it were possible, ..."
Marion Duncan Pastor calls his Christian teenage son ..."
"I am interested in why we believe that we can measure that which is by ..."
Gary Kennedy Why atheists win arguments with Christians ..."
"Tell him there is a bigger world out there and many churches now accept LGBTQ+ ..."
John Sweet Pastor calls his Christian teenage son ..."
Browse Our Archives
Related posts from John Shore