It does NOT get much better than this:

From the Women’s Ordination Conference, working for the inclusion of women in the Catholic priesthood, this fantastic “Call Me Maybe” video … the best one yet?

Just a few of the lyrics as I jotted ’em down:

Hey, I was baptized / and this is crazy

Hey, I was baptized / and this is crazy

All the other churches / try to schmooze me

but I’m a Catholic / so ordain a lady!

And a bit from one of the verses:

My call is a fact / but some pope in a hat

closed discussion on that / and now he’s in my way

And the dancing women priests and Catholic schoolgirls have more here.

It’s cute, and clever, but it also reflects a serious theological point about God’s call:  it’s real, whether patriarchal institutions want it to be or not.  Beyond that, this movement is about women who want to remain Catholic AND live out their call to serve as priests.  Many women over the generations have had to make a choice between their call and their church.  The Women’s Ordination Conference points out that this is a choice that no one should have to make. 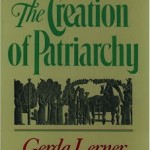 January 4, 2013
Her Story is History: Gerda Lerner
Next Post