Her Story is History: Gerda Lerner 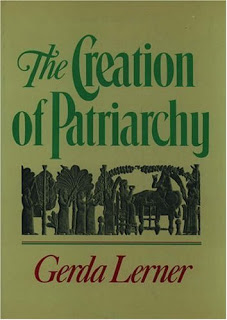 Reading about the death of Gerda Lerner this week, hailed by some as the “godmother” of women’s history, I am also about to embark on another semester teaching Introduction to Gender and Women’s Studies.   Because of the latter, I am getting ready to encounter the basic questions that always come from those encountering feminism and women’s studies for the first time.

Do we still need feminism?  Why women’s studies?

Which is why I take heart from Lerner’s comments in a 2002 interview in The New York Times:

When asked whether women’s studies were still needed, Dr. Lerner laughed. ”For 4,000 years, men have defined culture by looking at the activities of other men,” she said, putting on her professorial voice. ”The minute we started questioning it, the first question was, ‘Well, when are you going to stop separating yourself out and mainstream?’ ”

In The Creation of Patriarchy, Lerner offered one of the most important treatments of the phenomenon that is a male-dominated and male-centered society in modern feminist scholarly work.  Even a quick perusal reveals key ideas still worth reading and considering in introductory as well as advanced women’s studies courses.

“I tend to think that wherever the patriarchal family exists, there is patriarchy constantly being reborn, even when in other parts of society patriarchal relations have been abolished.” (p.240).

A clear and challenging articulation of the feminist maxim that “the personal is political.”

Gerda Lerner, a scholar and author who helped make the study of women and their lives a legitimate subject for historians and spearheaded the creation of the first graduate program in women’s history in the United States, died on Wednesday in Madison, Wis. She was 92.  […]

“She made it happen,” said Alice Kessler-Harris, a history professor at Columbia. “She established women’s history as not just a valid but a central area of scholarship. If you look at any library today, you will see hundreds of books on the subject.”  […]

Ms. Lerner wrote two ambitious studies on women and society: “The Creation of Patriarchy” (1986) and “The Creation of Feminist Consciousness” (1997). Many of her essays were collected in “The Majority Finds Its Past: Placing Women in History” (1979) and “Why History Matters” (1997).   […]

“I want women’s history to be legitimate, to be part of every curriculum on every level,” she wrote in “Living With History/Making Social Change” (2009), a collection of autobiographical essays. “I want people to be able to take Ph.D.’s in the subject and not have to say they are doing something else.”

Those of us teaching it now give thanks for the life and spirited work of Dr. Gerda Lerner.

January 5, 2013 Honorable Mention: Ordain a Lady!
Recent Comments
0 | Leave a Comment
"They were all too aware of human perversions then and in the age before. Genesis ..."
Bob Shiloh How Gender Studies Transforms Religions
"I have Eve Wood-Langford's book in my personal library. I bought it because I was ..."
Walter Mattfeld The Most Interesting Chapter in the ..."
"You guys aren’t even close to Christians. You believe you’re better than Christ and can ..."
Kyle Racism, Sexism, & The Holiday Classics
"Even as a reverent agnostic, yet assuming a genuine divine revelation, I wonder how that ..."
John Gills How Gender Studies Transforms Religions
Browse Our Archives
get the latest from
Progressive Christian
Sign up for our newsletter
POPULAR AT PATHEOS Progressive Christian
1

Meet the creepy men behind the...
slacktivist
Related posts from Caryn Riswold