I hereby plead guilty to catching up on awards-season titles…

Black Swan‘s cinematic allusions are numerous. It’s already been compared with The Red Shoes and All About Eve (in terms of actual quality, IMO that’s an insult to both aforementioned titles). For being a supposedly seminal cinematic showcase for ballet, after it was over I was stunned by how little actual dancing I felt I’d witnessed over the previous two hours, which I lay entirely on Darren Aronofsky’s failings as a director. Aronofsky has two ways of shooting the dancing sequences: either from extremely distant longshots which obscure any detail of the dancers’ bodies, or in suffocating handheld closeups which whirl and pirouette around the dancers as if they’re one of the company, but take no time or space to observe the dancers’ full range of movement (these shots mainly seem to be screaming, “Look at me! Look at how dynamically we’re moving the camera!”) Aronofsky seems completely uninterested in the beauty and the poetry of dancers’ bodies: their grace, their discipline, their expressiveness. Black Swan doesn’t even begin to capture a shred of the beauty of the art of dancing found in any of Gene Kelly’s musicals, or for that matter Baz Luhrmann’s Strictly Ballroom.

Aronofsky’s latest has also been compared to Cronenberg’s metaphysical fixation with gore and Haneke’s theater of cruelty, which might be more accurate; but Black Swan is nowhere as psychologically exploratory or dramatically accomplished a film as Cronenberg’s Dead Ringers or Haneke’s The Piano Teacher (viewers who rave that Natalie Portman gives a “bravura” performance in Black Swan should have a look at Isabelle Huppert’s lead role in The Piano Teacher for an example of true audacity and bravery in acting).

As I watched Black Swan, I tried to fathom what other directorial approaches might’ve been taken with the movie in order for it to work as enjoyable entertainment on any level (I know for sure that Aronofsky’s ostentatiously gritty and claustrophobic handheld ‘Dogme 95’ knockoff isn’t it). I wondered if someone like Todd Haynes might’ve been able to apply the same level of sleek stylishness or wry irony that he used to such devastatingly resonant effects in Far From Heaven. And then the old adage occurred to me: it’s possible to make a bad movie from a good screenplay, but it’s impossible to make a good movie from a bad screenplay.

And Black Swan‘s screenplay is downright lousy – just extraordinarily trite. The very story conception is a crock. Natalie Portman plays a twenty-something professional dancer with the psychology and emotions of a thirteen-year-old child, plus a bedroom filled with adorable stuffed animals, still living with her domineering mother, but lo and behold A. in downtown New York City and B. performing in one of the world’s most competitive and prestigious ballet troupes (uh, right). And the audience is supposed to be blown away by Portman’s “giving herself over completely” to a character that’s no deeper or more complex than the one Tippi Hedren played in Alfred Hitchcock’s campy psychodrama Marnie from 1964. Yup, folks, this is bold new psychological territory never before seen on the screen! Portman’s opaque, two-dimensional character, with her abstract need to “be perfect”, isn’t nearly as likeable or touching as Sissy Spacek’s character in De Palma’s Carrie, nor is Portman’s acting in Black Swan as capable of earning the audience’s pathos as Spacek’s amazing performance in De Palma’s movie.

Aronofsky’s only thematic points in Black Swan seem to be: human beings are swine, except for when they achieve perfection through art. Like Pasolini and Teorema or Peckinpah and Straw Dogs, Aronofsky is completely intent on illustrating a thesis by using his characters as stick figures, and thereby allowing himself to discover nothing organically – and certainly not dramatically – in the process of making his movie. From the first ten minutes of the film onwards, I suspected the movie’s designs were out to demonstrate that there was no one in the entirety of New York City (even in the rarified, supremely accomplished world of professional dance) that wasn’t an odious pig; the cartoonishly nasty supporting turns by Vincent Cassel, Barbara Hershey and Winona Ryder did nothing to prove me wrong. (After having seen Dancer in the Dark, if anyone had told me that Black Swan was also directed by Lars von Trier, thematically and stylistically, I honestly wouldn’t have been able to tell the difference.)

Black Swan is unquestionably a new member of the Movies That Make You Want to Take a Shower Immediately After You See Them category. My spouse – who loathed the film even more than I did – drew an instant comparison to Tommy Wiseau’s The Room (!): “It’s also full of the kind of sex scenes that make you never want to have sex again.” As for Aronofsky’s other preoccupations: I watched stupefying scenes like Portman riding on a subway while an older businessman sitting across from her makes obscene facial gestures at her and grabs his crotch (while Portman just looks away, but stays seated), or during the final “grand performance” at the movie’s end, when Portman’s sexually-repressed character glances over and watches Mila Kunis’ wild-and-free California gal standing in the wings with a male dancer and rubbing his privates (mid-performance? How professional!), and I kept thinking, “what the fuck is going on in this movie!?” (On the basis of how this movie only views sex and eroticism as something foul and lurid, I sincerely hope to never run into Darren Aronofsky wearing a trenchcoat in a supermarket aisle in my lifetime.)

Even the movie’s sound design sucked, with its pathetically hokey “boo!” effects which I suspect were stolen out of the Haunted House ride at Disney World. And the “state of the art” digital FX suggesting Portman’s character’s mental instability were Twilight Zone schlocky – but the oh-so-seriously-impassioned Black Swan sure as hell isn’t as much fun (nor as well-made in any aspect) as any given episode of the original, blessedly tongue-in-cheek Twilight Zone TV series.

For the life of me, I don’t know why I didn’t hate Black Swan more. Maybe I was too bored by how mind-numbingly banal and mediocre it was to be profoundly appalled. And Mila Kunis as the stereotypical west-coast party girl was fine, but I liked her a lot more in Forgetting Sarah Marshall…hell, I liked everyone in and everything about Forgetting Sarah Marshall a great deal more than Black Swan.

This review was originally posted at the Cinevox discussion board. It is reprinted here with the permission of the author. 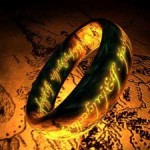 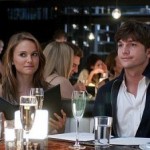