Has it really been a calendar decade since the first of Peter Jackson’s three adaptations of the J.R.R. Tolkien’s beloved and esteemed fantasy epic? Perhaps because this film was followed by two others (in 2002, and 2003) as well as the inevitable extended cut DVDs, it really doesn’t feel that far in the past.

Here is a quick summary of my viewing history. I saw the film when it was released theatrically in 2001, and I know I subsequently watched it at least once on DVD around 2002 (though I’m not sure when). I’ve seen the attack of the cave troll in the mines of Moria maybe a half dozen times (that’s a long story). I saw the second and third films of the trilogy during their theatrical release, but I don’t recall ever watching either of them on DVD. Finally, I revisited the film earlier this week for this project.

The production elements were stunning, and the filmmakers obviously took the material seriously. There were a lot of little changes that will annoy the purists (Arwen replacing Glorfindel, Merry and Pippin being “accidentally” included in the quest) and some big ones that seem to radically alter not just plot events but Tolkien’s conception of major characters (particularly Gandalf, Aragorn, and Galadriel) [….]

[….]The hobbits come across as childish rather than adults of a carefree race. The elves, especially Orlando Bloom as Legolas, are quite good, but John Rhys Davies as Gimli is a little too buffoonish; at times he sounds like he is doing a bad Monty Python impression. Sean Bean is adequate as Boromir, though he lacks some of the largeness of Boromir’s nature and is (perhaps for the benefit of the uninitiated) revealed as too sinister too early. […] Cate Blanchett is very nice as Galadriel, but the scenes in Lothlorien are so seriously expurgated–the film’s action intentions are revealed in the emphasis given to Moria as the climax and the breaking of the fellowship as the conclusion, forcing Lothlorien to be shoved quickly in between–that she comes across more as a mysterious wispy cipher than the substantial power that she is in the novel. Finally there is Viggo Mortensen as Aragorn. Mortensen has the physical charisma and presence to play a hard-as-nails experienced veteran […], but he is unfortunately handed a sensitive male role (with the romance with Arwen seriously emphasized) and told to call it Aragorn. His inner conflict and self-doubts seem closer to Tom Cruise in Top Gun than the Ranger who is the heir of Gondor. While not a serious problem in this film (Aragorn’s character is less central in the first of the three books), the transformation of his character bodes ill for the next two installments. It is almost as though he is presented as a young man learning to come into his own as opposed to a supremely confident and self-aware king-in-exile. […]

I tried hard to view the film afresh, to convince myself that my negative (and, hence, admittedly minority) view of the franchise had more to do with a knee-jerk reaction against its spectacular popularity than it did to any great failure on the film’s part. Perhaps, I reasoned, I was just like the person who has loved a band for many a year and resented all the new fans who discovered it and propelled it onto the charts.

If anything, my dissatisfaction with this particular installment was greater. I could repeat and regloss the laundry list above, but the sum total is this: there was nary a one hundred and eighty second stretch in a one hundred and seventy-eight minute film where something didn’t jar me out of the narrative experience and remind me that I was watching a film. Sometimes it is a needless change (seriously, Arwen is such a big part of the third movie that it would have made a whit of difference to have it be Glorfindel?); sometimes it is a screeching halt and yet another interruption to linger on a production or design element (they may only be five seconds at a pop, but seriously, they do add up); sometimes it is pulling a dwarf by his beard as he hangs over a precipice; often it is a special effect (the Gandalf/Saruman battle comes to mind).

I did feel more charitable towards Viggo Mortenson’s performance, even though I was actually more put off by the representation of Aragorn. Next to Sam actually, temporarily abandoning Frodo in the third film and any scene involving Faramir, having Aragorn meet Frodo before the latter goes off alone may have been the most shockingly wrong change in the whole enterprise. Once Frodo has ditched the fellowship, Aragorn is able to accept the change in circumstances that is thrust upon him, but he would have never voluntarily parted ways with the ring bearer under his charge. Never. (Heck, Frodo knows that and it is half the reason he does go off on his own without saying goodbye to anyone.) That said, upon this viewing I would put Mortenson in the category with Bloom and McKellan of those who are actually inhabiting a character (even if that character isn’t really the Aragorn of the book) rather than the category of those who are dressed up in costumes and reciting lines.

I originally gave the film an “A-” (I don’t grade most films I review now), which strikes me as overly generous and a bit out of step with the content of my review at the time. I suspect, much like after having watched Star Wars: The Phantom Menace, I knew on some level that the jig was up, but the sheer energy and buzz of having a movie that I had anticipated for so long made me hope against hope.

Probably the only mildly convincing defense I’ve heard of this film (or trilogy) in the intervening decade came from a former colleague, Donald T. Williams, who opined that as a Shakespeare scholar he was used to seeing myriad interpretations of a beloved text and didn’t expect any film to be a perfect representation of the story. Such a history, he suggested, might have better equipped him to bracket the places where this particular production got things wrong, since that’s what he always did with productions, and allowed him to enjoy those places where it got things right. (Gandalf’s confrontation with the Balrog is pretty awesome, I admit.)

I say “mildly” convincing, because I take the point in the abstract but I still struggle to relate it to this production. Others, I freely confess, may be more practiced or skilled at embracing the good and looking past the…less good. I find that strategy works better for me, though, when the perceived flaws, particularly the major ones, are a bit less frequent and are more often than not about tangential matters rather than those lying so close to the heart and soul of a narrative’s power. When I try to follow that strategy here, the stuff I’m bracketing just starts accumulating too fast, Tetris-like, until it’s blinding me to most everything else.

This review is part of the “10 Years Later” series. For a description of this project, click here. 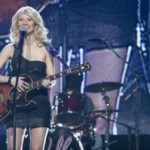 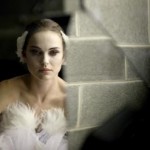 January 10, 2011 Black Swan (Aronofsky, 2010)
Recent Comments
0 | Leave a Comment
"Excellent points. I thought this was a really good movie, and the style is subtle ..."
movieman0283 My Best Picture Choice: Spotlight
"True story: I went to see this film by accident when it was in theaters ..."
movieman0283 The Devil Wears Prada (Frankel, 2006)
"I just scrolled through the film to get some clips for a video (I'm illustrating ..."
movieman0283 Salò (Pasolini, 1975)
"Well reasoned. I agree with you about Spotlight's technique - I just rewatched this and ..."
Andrew Spitznas My Best Picture Choice: Spotlight
Browse Our Archives
get the latest from
Entertainment
Sign up for our newsletter
POPULAR AT PATHEOS Entertainment
1