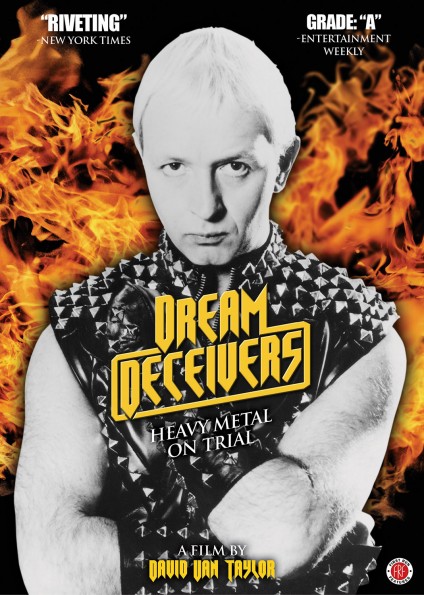 My one objection to the Dream Deceivers‘ subtitle is the word “behind.” The documentary might better be called the story “of” the lawsuit claiming that subliminal messages in the music of Judas Priest influenced two youths to shoot themselves, one fatally. The film was originally released in 1992, seven years after the tragedy. Over two decades later, Judas Priest has released an additional five albums while James Vance is a veiled allusion in a Billy Joel song and a footnote on the band’s Wikipedia page. Dream Deceivers (★★½) adequately conveys information about the lawsuit brought by Vance against the heavy metal group, but it doesn’t help us understand these events in the “now you know the rest of the story” way that its subtitle suggests.

At just a tick short of one hour, David Van Taylor’s documentary is an odd blend of sadness, anger, and contempt. The director appeared to have some access to the Vance family, and his film’s biggest asset is interviews with Vance himself. Looking every bit like someone whose face has been surgically reconstructed after failing to kill himself with a shotgun blast, Vance returns to the playground where his friend died and he tried to end his own life. There he says he wants to call “certain people” murders and relates the feeling of compulsion he had to end his own life.

It’s impossible to see the pain Vance’s suicide attempt inflicted on himself and others and not feel a degree of sympathy. That’s compounded by some editing in the early parts of the film, such as when James’s mother is questioned on the stand about what sort of music she likes. When she cites The Singing Nun as a favorite, the members of the band sneer openly. The vast majority of modern music is about “love,” one heavy metaller opines, and they feel “we’re a bit more intellectual than that.”

But just when you think your good people and villains have been discretely laid out, the film begins chipping away at the Vance’s case. Raymond Belknap’s mother insists that “there were no signs” that her son was depressed or suicidal. Mrs. Vance admits to her lawyer that Mr. Vance was not James’s biological father but refuses to say who was. Mr. Vance proudly looks into the camera and states that he believes that using physical violence is an effective deterrent for scaring kids away from marijuana. He also relates using a combination of psychological intimidation and belt whipping to enforce his discipline. We find out that Ray’s sister, who was not a heavy metal listener, also attempted suicide. In case we don’t get that the causes of suicidal depression are myriad, a footnote to the film tells us that three years after the trial James admitted himself to a psychiatric facility because he was suffering from depression. Eventually, he died of a medicine overdose.

If there is a story “behind” the story of the trial, it appears to be that religious people look for scapegoats when they encounter that which they cannot comprehend. Early footage shows Mrs. Vance singing at church and invites viewers to contemplate the parallels between parishioners at religious establishments and attendees at heavy-metal concerts. She insists her family is normal, talking about trips to Knotts Berry Farm in the same rehearsed monotone she uses to describe her husband beating her son with his fists. Under cross examination, she admits to labeling James a “punk” whose self-proclaimed favorite leisure activity was “doing drugs.”

Dream Deceivers stops short of insisting on an explicit connection between Mrs. Vance’s religion and her willingness to blame heavy metal music for her family’s dysfunction. But only just. Taylor went on to direct With God on Our Side: George W. Bush and the Rise of the Religious Right in America, so I don’t think all of the antipathy towards the family’s religion is projected or imagined.

Distaste, real or imagined, between documentarians and subjects is hardly a deal breaker. (See for example, The Queen of Versailles, My Kid Could Paint That, or The Act of Killing.) Still, I would have been more comfortable with the film’s critique of Vance’s parents if access to them had been used to shape a documentary with some point to make other than simply documenting that distaste.  Since I can’t imagine that any more than a tiny fraction of those coming to the documentary seriously believe that the heavy metal music was (or should have been) legally responsible for the suicide attempts, all we are left with is an unflattering portrait of a family grasping at straws. Knowing in hindsight that Vance was not long for this world makes the film that much harder to watch. 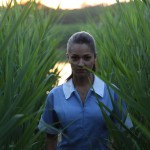 August 11, 2014 Masters of Sex Episode 2.5 Recap: Giants
Recent Comments
0 | Leave a Comment
"Excellent points. I thought this was a really good movie, and the style is subtle ..."
movieman0283 My Best Picture Choice: Spotlight
"True story: I went to see this film by accident when it was in theaters ..."
movieman0283 The Devil Wears Prada (Frankel, 2006)
"I just scrolled through the film to get some clips for a video (I'm illustrating ..."
movieman0283 Salò (Pasolini, 1975)
"Well reasoned. I agree with you about Spotlight's technique - I just rewatched this and ..."
Andrew Spitznas My Best Picture Choice: Spotlight
Browse Our Archives
Related posts from 1More Film Blog 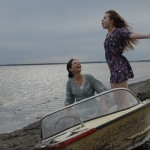 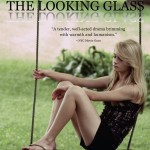 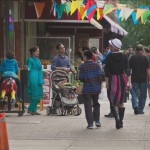 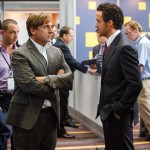