Mary Murphy’s Hey, Boo: Harper Lee and ‘To Kill a Mockingbird’ is more celebration than investigation…and I’m perfectly fine with that. Few works in the history of American literature are more universally beloved than Lee’s bildungsroman. Add to the novel’s immense popularity the fact Richard Mulligan’s film adaptation consistently tops lists of fan favorites and the task of a documentarian covering this material is simultaneously daunting and alluring. Finding people willing to talk about what the book means to them is seldom a problem. Harnessing that enthusiasm to deepen the appreciation of the work about which every reader thinks he is an expert can be a difficult task indeed.

The key to Hey Boo’s success lies in director Mary Murphy’s ability to balance critique and appreciation, providing both historical and biographical context to explain the novel’s importance and testimonials to attest to its timeless qualities. Lee Smith, Scott Turow, Oprah Winfrey, Tom Brokaw, and James McBride read from and express admiration for Mockingbird, and, for the most part, eschew the temptation to use the forum to try to make themselves look smart, keeping the focus on Lee’s work.

That’s not to say that the film is superficial. It has plenty of insights for people who know the novel, not just for new fans. Two elements stood out upon reflection. Murphy chronicles how Lee worked with her publisher for approximately two years after the book manuscript was accepted, honing, polishing, and revising the text. Fifty years later, it’s a lot easier to get one’s work into print–but has this relative freedom led to a decline in quality? It’s hard to imagine a book from an unknown artist getting that kind of detailed attention today, and by and large we tend to buy into the Romantic notion that masterpieces are fully-formed offsprings of the minds of creative geniuses rather than hard polished products of sweat equity.

The other element of the documentary that is truly enlightening is Murphy’s putting the novel in its historical context. The further we get from the civil rights movement of the 1960s, the more we tend to misremember To Kill a Mockingbird as a postscript rather than a preface to it. Written in the late ’50s and published in 1960 (the film adaptation was released in 1962), Mockingbird often doesn’t get the credit it deserves for speaking out against racism before doing so was fashionable in white America. Several of the white interviewees speak out about the complicated, at times even subversive, cultural work performed by the novel. If, as Shelley said, the imagination is the moral instrument, then the book instructs us how to read it when Atticus tells Scout that we must walk in another man’s shoes to truly understand his point of view. For many of us, Tom Robinson’s shoes were the first we walked in that belonged to a man of a different color. Once we took Atticus’s advice, it was hard, if not impossible, to go back to the old ways of thinking. 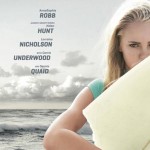 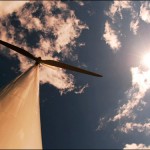 April 15, 2011 Windfall (Israel, 2010)
Recent Comments
0 | Leave a Comment
"Excellent points. I thought this was a really good movie, and the style is subtle ..."
movieman0283 My Best Picture Choice: Spotlight
"True story: I went to see this film by accident when it was in theaters ..."
movieman0283 The Devil Wears Prada (Frankel, 2006)
"I just scrolled through the film to get some clips for a video (I'm illustrating ..."
movieman0283 Salò (Pasolini, 1975)
"Well reasoned. I agree with you about Spotlight's technique - I just rewatched this and ..."
Andrew Spitznas My Best Picture Choice: Spotlight
Browse Our Archives
Follow Us!