Movies about Christians are a little bit like movies about gays. It’s hard to find ones where that part of the character’s identity isn’t the central, nay sole, preoccupation of the film. It’s harder still to find ones that aren’t so busy congratulating themselves for being about what they are about that they remember to tell a good story. Soul Surfer is exceptional in a lot of ways, not the least of which is that it neither hides the faith of Bethany Hamilton (AnnaSophia Robb) and her family nor allows it to overpower the film and turn a human interest story into an object lesson.

There are object lessons to be found in the biographical tale of a young woman on the verge of professional success dealing with an unexpected, cruel, and random setback, to be sure. The film’s strength lies not in an eschewing of a moral point of view but rather in its unwillingness to settle on the most pat expressions of that point of view as unassailable truth. The film has the ring of true-life experience to it because Bethany both uses her beliefs to interpret what happens to her and uses what happens to her to question her beliefs.

The film isn’t really about a crisis of faith, though, and I found that refreshing as well. Not every Christian is superficial and easily disillusioned. Questioning can sometimes lead to a deeper, more reflective faith rather than to debunking. It is in the ways that Bethany grows after her tragedy that the film is surprisingly thoughtful. The plot structure itself (particularly the use of a competitive event as the symbol of an emotional/spiritual comeback from adversity) is somewhat conventional, I admit, but the execution is not. Most every time I started to roll my eyes at a predictable plot development, the film actually went in a different direction than I expected: mom doesn’t needlessly and unfairly blame the neighbor that was with Bethany when tragedy struck, she thanks him for the fast thinking that saved her daughter’s life; Bethany doesn’t demonize the competitor who takes advantage of her disability, she thanks her for respecting her enough to take her seriously as a competitor; Bethany’s body image concerns do not simply dissipate in the face of the realization that there are more important things that looks.

All of this makes the movie sound preachy and dull, though. The biggest pleasant surprise for me about Soul Surfer was how joyful it was. A family with members who love each other goes through hard times and yet draws closer together. Losses lead to a greater appreciation for the things the characters have. It probably didn’t hurt my experience of the film that I saw it the same day I screened Joe Wright’s Hanna, a film that left me feeling like Hobbes was right about life being solitary, poor, nasty, brutish and short. Soul Surfer lifted my spirits and reminded me of how many pleasures, big and small, life affords. Go see it the next time you are depressed and try not to feel better. I dare ya.

UPDATE: A podcast on Soul Surfer at The Thin Place. 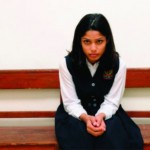 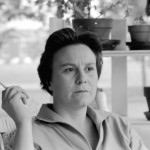 April 9, 2011 Hey, Boo: Harper Lee and 'To Kill a Mockingbird' (Murphy, 2011)
Recent Comments
0 | Leave a Comment
"Excellent points. I thought this was a really good movie, and the style is subtle ..."
movieman0283 My Best Picture Choice: Spotlight
"True story: I went to see this film by accident when it was in theaters ..."
movieman0283 The Devil Wears Prada (Frankel, 2006)
"I just scrolled through the film to get some clips for a video (I'm illustrating ..."
movieman0283 Salò (Pasolini, 1975)
"Well reasoned. I agree with you about Spotlight's technique - I just rewatched this and ..."
Andrew Spitznas My Best Picture Choice: Spotlight
Browse Our Archives
get the latest from
Entertainment
Sign up for our newsletter
POPULAR AT PATHEOS Entertainment
1