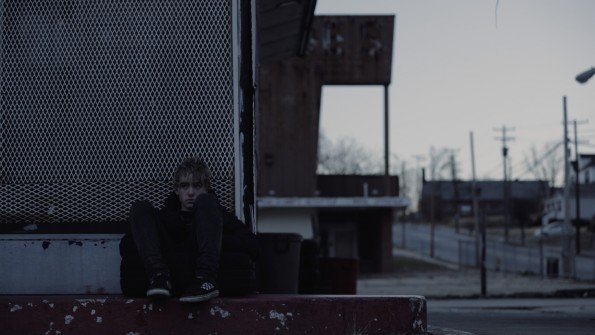 If the quickest metric of a directorial debut is to which films it invites comparison, the news about Clay Hassler’s Homeless is very, very good.

I went into Homeless hoping that it would be at least as good as Gimme Shelter, the faith-friendly film with Vanessa Hudgens as a pregnant teen runaway.

After the first ten minutes or so I was contemplating similarities and differences to Ben and Joshua Safdie’s more heralded festival favorite, Heaven Knows What.

As the film passed the half way mark, the relationship between its protagonist, Gosh (Michael McDowell) and Tina,  the woman who takes him in (Julie Dunagan), reminded me of Thomas McCarthy’s superb meditation on family, Win Win.

Then, as the film drew to a painful but not hopeless resolution, so help me, I thought of Jean-Pierre and Luc Dardenne, whose Rosetta and The Kid With a Bike are two of the most empathetic and honest examinations of minors on the edge of the social abyss one is likely to see.

Yes, I know, you can’t invoke two-time Palme d’Or winners and not expect some eye-rolling. And I’m not claiming that Hassler is the Dardennes’ equal in writing, but this is an awfully impressive debut, one that deserves to be seen.

McDowell is Gosh (pronounced like Josh), who finds himself suddenly homeless when his grandmother dies. His father is in prison and Gosh’s highest aspiration is to scrape together enough money from minimum wage work that he could put a deposit on an apartment. The world around him seems to think he is aiming too high. 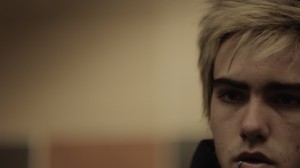 One aspect that feels totally authentic about Homeless is that Gosh is met with a lot more indifference than outright hostility. He tells the “no exceptions” manager of the shelter he is staying at of his plans to work his way back up the economic ladder. “A lot of people say that,” the man replies, not even looking up from his reading, “but they’re always outside the door at seven.” In some ways the refusal of anyone to invest emotionally in his plight is more painful than the refusal of anyone to entrust him with a job. And truthfully, with his pierced lip, disheveled clothes, and inconsistent grooming, he strikes a figure that I would not want to pass on the street. The painful irony of empathetic art is that it feels safer to invest in characters on the other side of a camera than in human beings standing in front of you.

In fact, the overriding tone of the film is one of resignation. Gosh loses a space in the shelter for breaking a “no phone” rule, even though he was listening to music on an MP3 player. When he returns to a store in the mall to check on the status of an application, he realizes that he was never seriously considered. For most of us, such slights would engender outrage–or at least rage. Long periods of having no recourse have habituated Gosh to not waste energy fighting the inevitable. When you are homeless, every resource, every crumb of emotional energy, must be hoarded against endless, impossible demands.

Eventually Gosh is noticed by Tina, who offers him a free sample of Bourbon Chicken from her food court employer. “Here we go,” I thought, anticipating a preachy sermon illustration about rescuing other people. But Gosh and Tina’s relationship develops slowly. She helps him get a job holding a placard outside the mall advertising the daily special, but he doesn’t tell her he is homeless right away.

In fact, the representation of Tina (and even her manager for that matter) is one of the more elevating features of the film. Neither are saints. They help when they can, perhaps more than they can. But they have their own problems, and Gosh, unable to take care of himself, is not used to thinking about things from others’ points of view. Tina has to prompt Gosh to chip in something for groceries. The manager tries to exercise some patience, but there is no real incentive for him or his business to cut workers any slack when they can so easily be replaced. 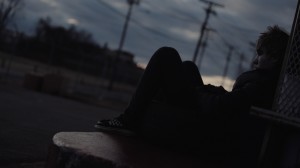 The end of Homeless is slightly telegraphed, but this isn’t really a movie about plot. In addition, the film is impressive in its ability to remain visually interesting. Hassler’s sense of composition is so much more developed than one is used to seeing in low budget work. There aren’t a lot of trick shots, but Gosh is consistently framed to visually reinforce his powerlessness. This is conveyed especially by his lack of territorial space (the amount of the frame a character visually dominates) and through some of the distance between him and the camera.

Gosh also has an indifferent relationship with words. His voice trails off, and he often retreats to silence rather than attempting to explain himself. The one time in which he does try to push a confrontation towards a a resolution, we see how the inability to use words for persuasion might have prompted him to give up on using them altogether.Towards the end, we want Gosh to tell his dad what happened, to magically make Tina rethink a bad decision, by eloquently explaining the plight of the poor. But we want those things so that we can feel better, not because we believe they would make a substantive difference.

Yet for all that, Homeless is hardly a nihilistic film. Even as Gosh seems to come full circle we hope and pray that he will try again even as we wonder if we would have the strength or courage to do so. That ability to make us wonder what we might do in another’s shoes is the key difference between empathy and pity. It’s what elevates Homeless over most social issue movies. That and its filmcraft.

Homeless will play at the 2015 RiverRun International Film Festival on April 25th and April 26. 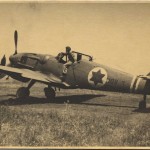 April 27, 2015 Above and Beyond: Exclusive Deleted Scene and Interview with Nancy Spielberg
Recent Comments
0 | Leave a Comment
Browse Our Archives
Related posts from 1More Film Blog