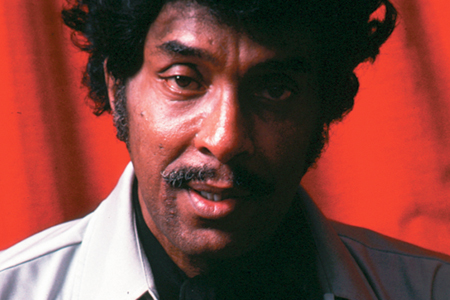 Closing in on three decades after my own undergraduate education, one of the few specific class meetings that I remember was in an Introduction to the Novel course when another student opined that one could not truly understand Ralph Ellison’s Invisible Man unless one was Black. When the professor asked for a response, I was the only one who raised a hand.

“Then why are we reading it?” I asked.

I’ve read a lot more African-American literature since then. I’ve taught numerous novels–and films–and I’ve always been a little surprised and a little depressed at the persistence of the cultural belief that gulf between us can never be bridged by even the most eloquent of words. Of course no work of art can replicate or replace life experience. But I’ve always insisted that reading is an experience, one that can shape and change us.

I can’t know what it is to be African-American, but I can imagine what it is like, because the art of African-Americans stimulates and speaks to my imagination, finding places of commonality where our experience would seem to admit none. Those words create an encounter across time and space that is real. One of our deepest human needs is to communicate our experience to others, to the world. We may not be able to do so wholly or perfectly, but it is in us to keep trying. The glimpses we catch when we try are enough to convince me that we share so much more than we don’t.

I did not intentionally watch Iceberg Slim on the week in which a man of one color would be found not guilty of murdering a teenager of another color, sparking another of the seemingly endless waves of grating, chattering babble about race in this country. I’m glad I did, though, because it was a reminder (if I needed one), that nothing is as subjective in this world as what people of different backgrounds consider “normal.”

Jorge Hinojosa’s documentary weaves interviews with academic and celebrity testimonials to try to explain the literary power and sociological significance of Iceberg Slim’s seven books. His most famous, Pimp, is more than an autobiography of one man–it is a portrait of a kind of life that few of us are ever raised to or ever have described to us so honestly and effectively. Katt Williams calls it “a snapshot of everything you’ll never see.” One actor said he used to buy sets of all seven of Slim’s books and give them as gifts to the crew when a movie wrapped. Apparently he believed that Slim’s literature could be understood by those who did not share his skin color.

As is appropriate, the most powerful passages in the documentary come from Slim himself, most notably when he describes landing in prison and how it made him desperate to find some other way to live his life. Describing prison as “a tight box designed to crush the human spirit” he concedes “I hated being in the steel casket but [it] saved my life…”

That paradox, the violent contradictions embedded in an experience simultaneously hated and yet so inextricably internalized that is seems impossible to distinguish oneself from it, should be familiar to anyone who has suffered trauma or grief or near despair.

It is hard, so very hard, to hear someone speak what could be your very thoughts, describe your emotions so perfectly, so truly, that you realize you are not alone in the world. It is hard to read and realize that someone, somewhere understands you, and not feel that he is kin. It is harder still to continue to hate that person simply because the color of his skin is different from yours. 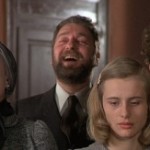 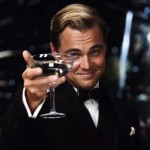 July 31, 2013 The Great Gatsby (Luhrmann, 2013)
Recent Comments
0 | Leave a Comment
"Excellent points. I thought this was a really good movie, and the style is subtle ..."
movieman0283 My Best Picture Choice: Spotlight
"True story: I went to see this film by accident when it was in theaters ..."
movieman0283 The Devil Wears Prada (Frankel, 2006)
"I just scrolled through the film to get some clips for a video (I'm illustrating ..."
movieman0283 Salò (Pasolini, 1975)
"Well reasoned. I agree with you about Spotlight's technique - I just rewatched this and ..."
Andrew Spitznas My Best Picture Choice: Spotlight
Browse Our Archives
get the latest from
Entertainment
Sign up for our newsletter
POPULAR AT PATHEOS Entertainment
1