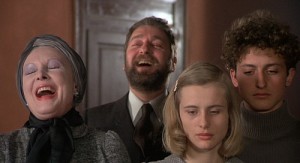 So this week a Sears repairman came to my home and charged me $193 dollars to tell me that my dryer wasn’t broken, just overheated. I dropped my Iphone, cracking the screen and necessitating an “it costs how much to repair?” moment. My car died on the side of the New Jersey Turnpike, needing a new alternator. Oh, and I finally watched Pier Paolo Pasolini’s Salò, or the 120 Days of Sodom.

I can’t say I wasn’t warned. Nearly every colleague or cinephile I know who has seen the film told me to pass on it, calling it every derogatory name in the “D” part of the dictionary.

Still, fresh from having finally watched Last Temptation of Christ and not getting what all the fuss was about, and armed with several reading suggestions from my wife (my wife!) on critical essays dealing with controversial depictions of sex and sexuality in the visual arts, I thought: “He directed The Gospel According to St. Matthew; how bad can it possibly be?”

Here’s the thing, though. Salò isn’t bad in any dangerous, provocative, or innovative ways. It’s just dull and disgusting in a dreary sort of way, providing more “ewwwww….gross!” moments than truly provocative ones. Unlike Eyes Wide Shut or even Last Tango in Paris (a film which I think highly overrated), Salò never draws the viewer into the film’s world, never invites you to think of it as anything other than a technical experiment in how to to film the material. Sure it makes you feel like you are in hell, but it never does the more disturbing, subversive job of explaining hell’s allure. The mutilation of body parts might as well be spliced into Un chien andalou. The sex and nudity feel like a description from some therapy session of a child who stumbled across a back issue of Hustler.

Based on the novel by the Marquis de Sade, Salò‘s claim to innovation is that it changes the setting to fascist Italy during World War II. That change purchases Pasolini some slack, but honestly not as much as I think he (and some of the film’s defenders) think it does. The totality of the degradation possible when human relationships are ruled by absolute power differentials is posited rather than illustrated. Do we need to be persuaded of this?

In her essay accompanying the Criterion disc, Catherine Breillat (whose managed to make a few films I found disturbing rather than just debased) says, “For the potential victim is clearly exhilarated by the spectacle.”

There were a few tiny moments that gestured at observation rather than illustration. They are mostly in the first act and don’t amount to much. In the one that intrigued me the most, the captors tell the guards to scare away the servants who have come out on the grounds to eavesdrop as the captive youths are told the torturous fate that awaits them. The guards fire in the air and the servants flee, but not before one guard and one servant lock eyes for a fleeting moment. Human chemistry, curiosity, even desire is a strange thing that can spring to life at any moment. It takes tidal waves of dung and disgust to pound it into death.

Which is pretty much what follows.

I don’t know if Salò is the worst movie I’ve ever seen. I know that for the time being it is the one I most which I hadn’t. But God is merciful, and already, the day after, even the worst of it is starting to fade. Some day I’ll have forgotten most of it, except, perhaps as an abstraction. That day can’t come too soon. 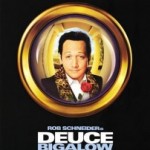 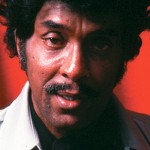