Jafar Panahi’s Closed Curtain received more attention at the 2013 Toronto International Film Festival, but it was another Iranian film that took the FIPRESCI prize at last year’s Cannes Film Festival. Thanks to Kino Lorber that film, Manuscripts Don’t Burn, is getting an American release. It is the latest film from Mohammad Rasoulof, and calling it brave is a serious understatement.

LikePanahi, Rasoulof was arrested in his native Iran in 2010. Also like his more famous countryman, he was banned by his nation’s government from making films. Calling the film a protest seems too mild. Its very production was an act of defiance. That background makes his subject, the Chain Murders of Iran, both fitting and chilling.

Noble causes do not always result in great art. Honestly, there is an opaque quality to much of Panahi’s work (with the exception of Offside) that makes is hard for me to follow without mediation of some sort. The beginning of Manuscripts Don’t Burn had me a little worried that Rasoulof’s film would not just benefit from exposition but require it. That opening follows two very dangerous looking and sounding men who have been charged with protecting a cover up. One is concerned whether or not they will be paid for their labor and spends time on a cell phone. The other appears more professional, perhaps a little more hardened.

It is as the scenes shift to the living quarters of the writers the duo are going to threaten that the back story becomes a bit clearer for those unfamiliar with this episode in Iran’s recent history. There is a confrontation between a beaten but not yet broken writer and an interrogator who he accuses of having sold out the resistance out of fear. None of the actors receive billing for fear of government reprisals.

The setting of Manuscripts Don’t Burn may be painstakingly specific, but its themes are broad, perhaps even universal. How much are we willing to risk, to sacrifice, for freedom of speech? Why does one act of violence seemingly begin a never ending chain?

Perhaps knowing the film  is based on actual events steels us against our genre expectations that torture, intimidation, and censorship are forces that can be effectively withstood by anyone who truly believes in his cause. The writers continue to defy the government, but they have none of the brazen assurance we are used to seeing from protesters in western nations. There is an air of resignation about those opposing state sponsored oppression that is both chilling and heart breaking.

The average American doesn’t watch a lot of Iranian films, I know. Okay, that’s a bit of an understatement. But there’s a first time for everything, and this wouldn’t be a bad film to make your first foray into those cinematic waters. The film will play at New York’s Metropolitan Museum of Art beginning on June 13 and expand to other markets in summer and autumn. It’s not the sort of film that plays at the multiplex, so you may have to look for it. But it’s worth it. 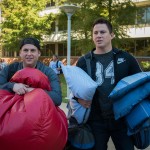 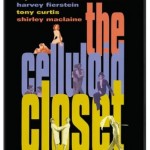 June 14, 2014 Understanding Subtexts: Christian Reflections on The Celluloid Closet
Recent Comments
0 | Leave a Comment
"Excellent points. I thought this was a really good movie, and the style is subtle ..."
movieman0283 My Best Picture Choice: Spotlight
"True story: I went to see this film by accident when it was in theaters ..."
movieman0283 The Devil Wears Prada (Frankel, 2006)
"I just scrolled through the film to get some clips for a video (I'm illustrating ..."
movieman0283 Salò (Pasolini, 1975)
"Well reasoned. I agree with you about Spotlight's technique - I just rewatched this and ..."
Andrew Spitznas My Best Picture Choice: Spotlight
Browse Our Archives
get the latest from
Entertainment
Sign up for our newsletter
POPULAR AT PATHEOS Entertainment
1