Nobody in No God, No Master actually utters the phrase “those who forget the past are condemned to repeat it,” but that sentiment is the subtext of nearly line of dialogue in this historical drama about the Palmer Raids. That subtext is so thick that the film doesn’t just invite comparisons between the Red Scare of the 1920s and the post-9/11 antiterrorism legislation of the 2000s, it demands them. Nearly every line from the mouth of William Flynn (Daivd Straitharn) could be a pull quote from an op-ed piece from the last decade:

Flynn is a police detective and explosives expert called in to investigate when package bombs are delivered to some of New York’s oligarchy. We know he’s the good guy because he wants to catch and prosecute whoever did it. A. Mitchell Palmer on the other hand sees the violence as a great excuse for rounding up all the undesirables on J. Edgar Hoover’s (Sean McNall) “list” and sending them back to where they (or their ancestors) came from. Nelson Rockefeller drops in to remind Flynn that he is very, very rich. Appearances are also made by Emma Goldman (Mariann Mayberry), Nicola Sacco, and Bartolomeo Vanzetti to induce high school students studying that period to have a look.

My reservations about No God, No Master are not political. I share the sentiments Flynn espouses in each of the quotes above. But then again, who doesn’t? The film isn’t smug by any stretch, but it is written with the sort of perfect hindsight that always makes the degree of confident assertion feel anachronistic. Good guys know they are on the side not just of right but of history. Bad guys are never sincere, or even mixed in their motives, but knowing villains looking for any excuse to destroy the civil liberties that their money and power make them less dependent upon.

I am all for drawing parallels between current events and historical antecedents. Students who can do so normally fare well in my classes, since I tend to think that the ability to make such connections is a foundation of critical thinking. But my affinity for such attempts is predicated on the belief that time and distance frees us to be a bit more dispassionate about the issues involved than we can be about current events. If such an exercise fails to look at differences as well as similarities in historical events, it risks succumbing to confirmation bias. Our ideologies become a template we impose on historical inquiry rather than a fabric of beliefs that could ever be challenged by it.

That’s not to say the film is never entertaining or thought provoking. Straitharn carries so much good will that his ethos invests the film with sincerity even at its most heavy handed moments.

No God, No Master is available from Cinedigmn beginning May 20, 2014 on iTunes, Google/YouTube, PlayStation and Xbox. 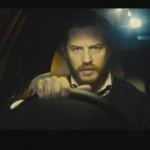 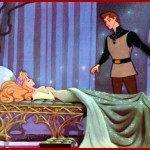 May 24, 2014 Sleeping Beauty (Geronimi, 1959)
Recent Comments
0 | Leave a Comment
"Excellent points. I thought this was a really good movie, and the style is subtle ..."
movieman0283 My Best Picture Choice: Spotlight
"True story: I went to see this film by accident when it was in theaters ..."
movieman0283 The Devil Wears Prada (Frankel, 2006)
"I just scrolled through the film to get some clips for a video (I'm illustrating ..."
movieman0283 Salò (Pasolini, 1975)
"Well reasoned. I agree with you about Spotlight's technique - I just rewatched this and ..."
Andrew Spitznas My Best Picture Choice: Spotlight
Browse Our Archives
get the latest from
Entertainment
Sign up for our newsletter
POPULAR AT PATHEOS Entertainment
1