If one proverbial mark of a good narrative film is three good scenes and no bad ones, one way to gauge a documentary is whether or not it is capable at some point or another of making you sympathetic to multiple perspectives. It’s not that I want to always end in the mushy middle, but if an issue is complex, then I expect my thoughts about it to develop as more information is brought forward.

Really skillful documentaries (or at least ones I like) have a tendency to trust that you are following the arguments and add nuance to them rather than simply hammering home the same point over and over again. One of several pleasures about Robert Greene’s documentary reviewing the history and current state of weather modification (or “geo-engineering”) is how often you’ll be thinking something in response to one of the talking heads, only to have someone else in the film raise that very point.

There is a difference, though possibly a subtle one, between balance and fairness. The former is too often lazily approximated in the mass media by giving the microphone to first one spin doctor than another from the other side. The latter involves building the sort of ethos where the viewer or reader really believes you are going where the story is leading–that you are following a train of thought to its conclusion, rather than shaping a series of interviews around a conclusion you’ve already reached. Greene’s documentary certainly has a point of view, but unlike many documentaries about polarizing topics, it doesn’t communicate contempt for its subjects or viewers who might see things a little differently. The result is a film that is thoughtful in the best sense of the word. 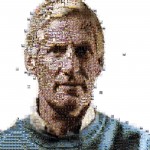 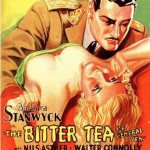 April 18, 2009 The Bitter Tea of Mister Capra
Recent Comments
0 | Leave a Comment
Browse Our Archives
get the latest from
Entertainment
Sign up for our newsletter
POPULAR AT PATHEOS Entertainment
1