Hard as it is to admit, my family knows what it is to feel hunger.

My first visit to a food pantry seems like a lifetime ago. My kids were still young. I was a stay-at-home mother and Car had a good job. We owned one automobile (which Car used for work), so employment for me was hard and any salary I did make would have gone to daycare. We did our best, but there were times our children were not strangers to hunger.

Our income never seemed to stretch very far after the bills. We did our best to provide for our family but sometimes there wasn’t enough money to put much food in the cupboards.

We’ve struggled more than once over the last thirty years to make ends meet. Once, my mother mailed us canned and boxed food and ordered frozen, packaged meat to be delivered to our apartment after a teary phone call.

Many people live under the illusion that the food crisis is not a big deal in the United States. We prefer to believe all the starving children and families live in third world countries, or some such, not next door as our neighbors. Let’s face it. Everyone has heard the “Clean your plate. Don’t you know there are starving children in Africa?” riff.

Or maybe that was just a thing from my generation?

The point is, while it’s not a comfortable subject, food shortages are nothing new in this country. We are one of the richest countries in the world and yet we have people here who aren’t sure when their next meal will be. And I’m not just talking about the homeless, those who are unemployed, etc. It goes without saying those people are in crisis and need help. No. According to an article from Free America, 1 out of 10 working adults also struggle to find enough food to meet their need.

That is 15,000,000 people, with jobs, who are experiencing a food crisis in this country. People who have income but not enough to cover food.

Additionally, according to the 2018 article, “17 percent of children and nearly 8 percent of older Americans (adults 60 years and older) lived in food insecure households during the same time period” and “It is vital to note that this data comes from 2015-2017, when the economy was still booming.”

For myself, going to a food pantry, or even accepting assistance such as food stamps in the past, was difficult and embarrassing. Hell. I still don’t like to have to go to a food pantry when the need arises from time to time! Some people have a difficult time asking for or accepting assistance even for the most basic of needs. I’m sure there are people who’d rather go hungry than ask for what feels like charity or a hand out.

According to Do Something’s article, 11 Facts About Hunger in the US, extended food insecurity for young children can lead to life long health problems. Most of these families do not have access to healthy, whole foods or well balanced diets. Families with food insecurity have to face the choice of buying food or paying for healthcare, rent, etc. In 2017, 40 million people experienced food insecurity. I can imagine how that number has increased in the last two years.

The good news is there are things we as Witches, Wiccan, and Pagans et al., can do to work toward food security for all people:

There are secular and mainstream religious organizations feeding people. My one quibble is that some of the religious orgs require a “salvation message” to be attended or heard while receiving food assistance. I’ve had to sit through such proselytizing. Uncomfortable and demeaning, in my opinion.

Organize or participate in a community garden in your neighborhood. Don’t know how to garden or have a green thumb? Community garden is a great environment in which to learn or acquire one.

If you have a garden, share what you don’t need (and you know you have extra!) with neighbors or people who may (or you suspect) be in need of fresh food to feed themselves or their family.

Become a Guerilla Gardener.  I love this concept. Guerilla gardening is the unauthorized cultivation of crops in vacant urban lots or on private land. While it is most often meant as a political statement, or pushback against corporate farming which has this nation in a stranglehold, there is benefit to those whom the guerilla garden affects. According to an article by George Kao, “Why Growing Food is The Single Most Impactful Thing You Can Do in a Rigged Political System”:

Finally, did you know about the Pagans in Need Food Pantry? Based in Lansing, Michigan, Bill Ehle is leading the way to make sure that people inside (and outside) of the Pagan community “never hunger and never thirst.”

3 Pagans and a Cat, in cooperation with Artes and Craft (Harford, MI), is happy to assist in this endeavor by volunteering at the new SW Chapter of Pagans in Need Food Pantry, (every other Saturday from 9AM – Noon EST) where anyone (Pagan or otherwise) needing food will be helped. Listen to our interview with Bill to learn more about the mission of Pagans in Need and find out what you can do to help feed the hungry in America.

About
Gwyn is one of the hosts of 3 Pagans and a Cat, a podcast about the questions and discussions between three pagan family members, each exploring different pagan paths and how their various traditions can intersect. The most practiced pagan on the path, Gwyn is a Modern Hekataen-Green Witch, Devotee of the Covenant of Hekate, and Clairsentient Medium. She loves working with herbs, essential oils and plants. In the past, she has been a musician, teacher, and published author. Now, together with Car and Ode, Gwyn is a teacher/presenter at multiple Pagan events, and loves to chat about witchcraft, spiritual things, and life in general You can read more about the author here.
Previous Post 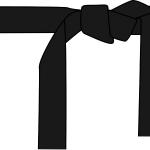 August 5, 2019
Where Do We Get Our Information? Let Me Tell You Where To Start!
Next Post 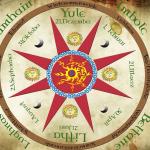 August 9, 2019 Review: A Book Of Simple Rituals By Wendy Wilson
Recent Comments
0 | Leave a Comment
Browse Our Archives
Related posts from 3 Pagans and a Cat 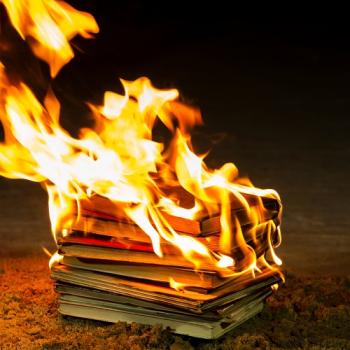