J.K. Rowling’s Transphobia Will Not Ruin My Trans Son’s Childhood

J.K. Rowling has revealed her transphobia in a series of tweets. This is truly not a surprise. There has been strong evidence of her trans-exclusionary radical feminist opinion (TERF) for awhile. Years, in fact. However, the final revelation came in a series of Tweets from Rowling herself on June 6, 2020:

“If sex isn’t real, there’s no same-sex attraction. If sex isn’t real, the lived reality of women globally is erased. I know and love trans people, but erasing the concept of sex removes the ability of many to meaningfully discuss their lives. It isn’t hate to speak the truth.”

Sure, Jo. And still, there’s more.

Let me say, there is a problem in equating “sex” and “gender” as equal terms when they are different. This is where J.K.’s “education” (Rowling asserts she has studied the issue “for years”) is faulty and seems to lack understanding. Or ignorance of what transgender people are experiencing. Willfully, so. Especially after tweeting“…I’d march with you if you were discriminated against on the basis of being trans.”

Well, as Daniel Radcliffe (you know…Harry Potter!) reminds us in a statement issued on The Trevor Project website: “78% of transgender and nonbinary youth have reported they’ve been discriminated against due to their gender identity.” A reality faced by my son, my other child/podcast co-host Ode as a non-binary person, my friends Brianne Ravenwolf and Elliot Director, and too many other people to mention. Statements such as these by J.K Rowling are hurtful (as Astrea Taylor says in her blog post) because she is an influencer.

In her tweets, Rowling advances the notion that cis women’s history, experience, and value is found solely in their reproductive organs. Which is wrong and in my opinion aligns with patriarchal views. Additionally, there are different kinds of attraction beyond her assertion. The “bits” you may have (or not) is only one part of the equation when it comes to sexual preferences.

Obviously, some cis women, such as Rowling, somehow feel threatened by the existence/experience of transwomen. But to paraphrase one person’s tweeted response to Rowling —recognizing and validating trans people does not mean giving up your own identity, reality, or history.

Asking My Son About J.K. Rowling. He’s Given Permission To Share.

Since all this went down at the start of Pride month, I decided to ask my trans son how he felt about the whole thing. How does Rowling’s admission affect his opinion of the books and movies? Do they still have value for him? Does Rowling’s transphobic viewpoint diminish the (overall) positive message of Harry Potter for him?

Because while they were growing up, my children and I truly enjoyed the books. We would go to the book launch parties. I picked them up early from school to see the first film. I read all seven books out loud to my kids. With voices! We have loved the wizarding world with its colorful cast of characters.

My son admits to being a little hurt by Rowling’s tweets but has decided not to allow her opinions about trans people to take away a special piece of his childhood. Neither does he believe current or future children should miss the joy of discovering these stories.

In his opinion, Harry Potter has grown far beyond the small-mindedness of its author. Who still managed to convey the power of love, the importance of diversity, tackle the problem of fanatical purity beliefs, and expose oppression against the marginalized. Ironic, isn’t it?

For my son, Harry Potter is important literature that allows children to experience fantasy, whimsy, and a coming-of-age tale that is different than other stories that came before it. He loves Harry Potter for the fond memories of reading the books together and watching the movies as a family multiple times over the years. Why should Rowling’s exclusionary tweets be given space to spoil that beautiful childhood recollection?

So, I’ve decided to lean into my son’s wisdom. The death of the author applies in this situation for him and me. Rowling’s erroneous views will not dictate how we understand or interpret the world of Harry Potter. But I understand those who cannot move past her outspoken TERF rhetoric.

In the end, I love how Daniel Radcliffe (Yes, again. He’s my hero in this. He’s the Boy Who Lived for Pete’s sake!) puts it: “If you found anything in these stories that resonated with you and helped you at any time in your life — then that is between you and the book that you read, and it is sacred. And in my opinion, nobody can touch that.”

About Gwyn
Gwyn is one of the hosts of 3 Pagans and a Cat, a podcast about the questions and discussions between three pagan family members, each exploring different pagan paths and how their various traditions can intersect. The most practiced pagan on the path, Gwyn is a Green Witch devoted to Hekate, Brighid, and Frigga. She is a Clairsentient Medium, Tarot Reader, loves writing and, spending time with her family, as well as working with herbs, essential oils, and plants. You can read more about the author here.
Previous Post 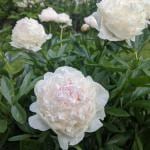 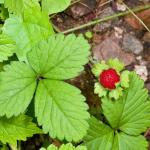 June 15, 2020 Green Witch Plant Profile: Creating "Mock" Strawberry Magick
Recent Comments
0 | Leave a Comment
"HmmmmmVERY interesting...While l agree there cannot be strict dogma on the Pagan path l also ..."
Jill James The Law of Three? Nope. Set ..."
"Panera is going to lose big. While we Pagans are less than loved in much ..."
Kyllein MacKellerann " Woman Fired From Panera For Being ..."
"So true."
Candace Nadine Breen Bad Neighbors Sometimes Require Baneful Intervention
"Sometimes you do what you gotta do."
Gwyn Bad Neighbors Sometimes Require Baneful Intervention
Browse Our Archives
get the latest from
3 Pagans and a Cat
Sign up for our newsletter
POPULAR AT PATHEOS Pagan
1

The 25 Most Important Witchcraft Books...
Raise the Horns
Related posts from 3 Pagans and a Cat