The Wizarding World Wept: Why I Stand Against JK Rowling’s Tweets

In the great, sweeping tide of Black Lives Matter and Pride month, JK Rowling, once somewhat of a hero in the witching world,  has gone on record to say she believes transgender and non-binary people aren’t real.  In doing so, she revealed that she is a horcrux of first-wave feminism–a non-intersectional movement only concerned with the progress of white women.

Recently, though, she has really come out of her shell and told people how she really thinks:

Translation: Sex is real.  The sex you’re born with is who you are.  There is no other interpretation.

Translation: I’ve researched this topic (or at least I said I did).  You won’t change my mind.

This last tweet (in this article) is really sad because I assumed JK was just ignorant.  I believed that if she studied gender and sexuality as much as she studied storylines and plots, she might understand that not everyone is born into the right body for them.  But she is willfully resistant of moving forward into the 20th century, where everyone can have their own opinions about who they are.

It’s even sadder because JK Rowling is somewhat of a public figure in the witching world.  Sure, she’s not a witch by any means, but she created an interesting, fictional, wizarding world.  In other words, she used witch-chic and witchcraft aesthetics for immense profit.

I know many queer pagans and witches who read her books and looked up to her, at least before the Curse of the Terrible Tweets was upon us.  My heart goes out to them the most.  They deserve better than her.

JK Rowling’s hurtful tweets illustrate why we needed a second wave of feminism—to wave goodbye to people like her who are basically shouting, “Cis White Women Matter!” in the era of Black Lives Matter and Pride month.

We needed a second wave of feminism to wash away the racism, homophobia, and transphobia inherent in the first wave.

We needed a second wave of feminism to cleanse away those who were holding back a true feminist movement of intersectional support and equality.

Contrary to JK’s fears, trans and non-binary people do not erase women or their causes.  They’re simply another group of marginalized and FAR more repressed people who also want equality.  They also happen to be a group of people who have some of the highest violence and murder rates.  Why would JK stir this hateful pot?

I’m so ashamed that JK Rowling is associated with the witchcraft world.  She does not represent our opinions or the majority of our community.

Most of all, I think it’s important to believe people when they tell us who they are.   Who is JK Rowling to gatekeep gender?  Why does a binary world (which has never existed) have to be the only way for people like her to be happy?

If she would just say “trans women are women,” all of this would go away.  Poof!  Gone.  She knows that.  Everyone knows that.  But that’s the one thing she won’t say.  Instead, she’s talking around the issue.

The truth is it’s possible to be pro-women AND pro-trans and pro-non-binary.  They’re not mutually exclusive.  We can move toward greater equality for all, but only if we’re in this together.

Progress toward true equality isn’t always linear, but we can each try to raise awareness.  Please talk with others about this issue and teach with love rather than fear or hate.

If you’re looking for a good book to read about gender and sexuality from an author in the real pagan/witch community, I recommend Beyond The Charmed Circle by Misha Magdalene.  They also wrote a great article about the Problematic Origins of Pagan Things And How To Handle Them that mentions other JK tweets.

Please don’t let the bastards grind you down.  Please know that not everyone believes as JK does.  Many support your cause because we know that equality for only a few people is not true equality.

I want to end this article with a quote from my friend Jesica.

[No one] gets to tell you who you are.  Period.  Only YOU get to decide who you are.  Those who are ignorant of your internal struggle DO NOT get to define you.  You are loved and respected in this quarter, so f&*# anyone else who says different.  I will fight for your right to your own personal identity just as fiercely I will fight for my black brothers and sisters to be who the hell they are and not live in fear because of the d@*# color of their skin.

Happy pride!  Black lives matter.  It’s a shame she tried to interrupt a movement for greater equality for her transphobia.  Please continue to sign petitions, call legislators, and donate to anti-racist efforts.  Especially if you’re feeling overwhelmed and helpless, taking action in these matters can help.

About Astrea
You can read more about the author here.
Previous Post

May 26, 2020
The Magic Of Birthday Candles In Simple Spells & Witchcraft
Next Post 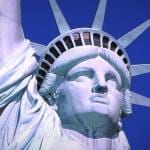 Irish-American Witchcraft: Why the Roots of...
Agora
Related posts from Starlight Witch