Once upon a time, a month ago or maybe six, I saw the Wild Hunt haunt my street.  It was a stormy night, and I hadn’t been able to sleep for hours.  Every time the thunder rumbled, it was like a whip cracking right above my head.  And the lightning–it lit the windows in a strobe light that was reminiscent of my rave days.

I got out of bed and padded into the living room.  I turned on the light and sat with my cat on the couch.  Out the window, we gazed, wide-eyed, at a ghastly brigade of churning steam that rippled through the air and down my street.

We slunk back into the shadows, where it felt safer.  I wondered if this was the Wild Hunt.  I thought so–I could almost see the spectral horses and their ravaged riders that floated on the storm winds.  I could definitely feel their fury and furtive glances–I’m sensitive to energy, like many witches and magical practitoners.

As the ghastly forms passed, I asked, “is this the Wild Hunt?”

“Yes,” came the reply, a mere whisper in my head.  I knew it intimately as communication from a deity or a spirit.  My breath caught.  I had just been writing about  The Wild Hunt for Air Magic, and there they were, on my street.

“AND THOR,” came another voice.  This voice sounded clunkier, stronger, and much younger.  I recognized his energy and his voice instantly from the few times I’d talked with him about weight training and that one time I made a deal with him.  It was Thor.

I wasn’t familiar with Thor being in the Wild Hunt.  I’d only read about Odin leading it, but there he was, making himself known.  It was one of those Unverified Personal Gnosis experiences which later turned out to have validity.

“Give me a sign this is really the Wild Hunt,” I said.

The words tasted bitter in my mouth–I usually don’t ask for signs because I knew the gods must get tired of it, but I’d never seen the Wild Hunt before.  I’d only ever heard stories about it.

Lightning struck nearby with a loud, resounding crack.  My cat and I both jumped, and we were instantly plunged into darkness.

Thor had just literally put out our lights.  Flicking the light switch on the wall only confirmed it.

It’s nice to have confirmation from the gods from time to time.  And now that I know what the Wild Hunt looks like, I certainly won’t have to ask again.

I certainly don’t suggest you ask too brazenly for a confirmation from the Wild Hunt.  Thor put out my lights, but he could have struck my house.  The Wild Hunt isn’t known for being friendly, as others can tell you.

I hope you enjoyed this tale.  If you’re interested in reading about the Norse deity Hel, check out my article about the time I met her in the woods.

You can also read about more gods of air in Air Magic, my 2021 Llewellyn book.  Air Magic also discusses the herbs, magic, energy, history, beasts, spirits, and signs of air.  Spells and rituals are included too.

Signed Copies of my Books

About Astrea
Astrea Taylor is the author of Air Magic and Intuitive Witchcraft You can read more about the author here.
Previous Post

April 21, 2021
Athena, The Shining Goddess of Wisdom, Craft, and Air
Next Post 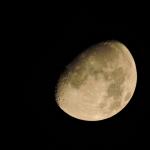 August 8, 2021 Can I Do Magic When The Moon Is Void Of Course?
Recent Comments
0 | Leave a Comment
"Hello, I'm interested in possibly reprinting this article in a book I am writing about ..."
Rebecca Carter Meeting Baba Yaga
"Eclectic fits for me. It's just like my faith, interfaith. I use what works for ..."
Ivy Is ‘Eclectic’ An Outsider Term? Rethinking ..."
"same, rituals are generally for others in attendance."
MGO731 The Difference Between Witchcraft and Wishcraft
"I have a mirror hanging in one of the windows of my garden house facing ..."
Amanda Ingalls Mirror Magic
Browse Our Archives
Related posts from Starlight Witch