Athena, The Shining Goddess of Wisdom, Craft, and Air

Athena is the Greek goddess of wisdom, war, craft, and civilization.  Many know her as the gray-eyed girl goddess who helped Odysseus in The Odyssey.  Her name meant air, moon, and the mind of god (Zeus). She is also called the virgin mother of Athens.

But she’s so much more.  Athena’s evolution through the ages and her modern, magical influence on the pagan movement reveal her to be a powerful force for good.

I’ve been researching Athena for my current Llewellyn book about the Greek gods, and I’ve been led by her gentle guidance for many years.  My insights about her lately have been revelatory, and I now see her in a whole new light—as the shining goddess of ability.

Athena as an Air Deity

Athena is one of the deities associated with air.  I mention her in Air Magic, my most recent book with Llewellyn, because she’s associated with so many air correspondences, such as logic, intellect, wisdom, activity, and invention. I began to work with her several years ago when I started writing books.  I made a shrine to her on my air altar and gave her offerings on the moon cycles. She especially likes wine, olive oil, and energy.

Her influence has come through very clearly over the last several years, and the more I work with her, the stronger it becomes. She’s extremely clever when it comes to language, craftsmanship, and anything having to do with the mind. She is also helpful when it comes to writing magical books—gargantuan tasks in need of her strategizing abilities.

Little is known about her origins before the ancient Greek era, but scholars are fairly certain that Athena has pre-Greek roots.  Her name shows up in ancient Libya, Egypt, Crete, and Mycenae.

The ancient Greeks were adept at appropriating deities—they adopted her into the pantheon as an Olympian in order to incorporate the following she had amongst people, especially in Athens.

Her Greek origin myth is that she sprang from Zeus’ head, fully armored and shining brightly. The event was so startling that the ocean stopped, the sun halted, and the earth roared.  She soon became Zeus’ favorite child.

By the time the Greek dark ages were drawing to a close, Athena was firmly established as the patron deity of Athens and the virgin goddess of wisdom, war, crafts, intellect, and civilization. She was said to appear as a twelve-year-old girl with blue or gray eyes and light hair.

Her evolution from Greece is fascinating.  There’s one story in particular I want to share—how Athena changed from a goddess to energy and into a goddess again.

Greek Stoic philosophers removed her human aspects and thought of her as the energy of wisdom, sophos. Primitive Christians adopted that aspect and called this energy Sophia, the spirit of wisdom.

Sophia became part of Christian cosmology so much, but what’s interesting is that this feminine spirit had the same energies as Athena, such as virginity, wisdom, craft, creativity, helping humanity, the mind of God, air and aether, and intelligence.

Sophia was also logos, reason. This aspect is depicted as an avenging angel, which brings her armor back into play. However, they considered this aspect to be a masculine spirit due to the armor and the reason.

The Theosophical Society took the Christian information and believed there was a goddess named Sophia, the goddess of wisdom, even though there was not a goddess with that name in ancient Greece. They started calling upon her in rituals and working with her to their great success. This was technically a new goddess, but I feel certain it was Athena, adapting who she was in order to continue working with humanity.

And then, the new age community and some pagan traditions picked up that belief about goddess Sophia. Sophia is even mentioned in Doreen Virtue’s Charge of the Goddess, and several witchcraft books mention her as well.

It was Athena all along, hopping through religions, appearing with and without her armor as it suited her, and using her cunning to give people a taste of a mighty goddess.

Ovid, the Roman poet, created the stories of Athena punishing other goddesses (namely Medusa and Arachne).  Because Ovid was Roman, I believe this shouldn’t be part of Athena’s narrative–perhaps Minerva’s instead.  The victim-blaming stigma may reflect Roman values more than Greek ones.

I recently had a dream where Athena literally pulled back the veil of my dream and revealed herself to me. It was literally like a curtain was pulled back and it was just me and her.

The first thing I noticed about her was how brightly she shone. The light emanating from her was like the light of a dozen full moons, and it radiated from her body for several feet. The second thing I noticed was how young she was. I would say she’s about 8 or 9, which ironically matches the age when many girls lose their thunder.  Athena definitely hasn’t lost hers, though, that was certain.

The next thing I noticed was her bright, but deeply set eyes.  They were like an owl’s, and they stared deep into my soul for a wondrous moment.  I didn’t see any armor on her, but she wore a white gown that glowed–really, it was too bright for me to see details though.

All too soon, the curtain of my dream fell again, and she was eclipsed from view. I’ve never experienced anything like it before, and I’ll never forget it.

I hope this article has been interesting and that it shed new light upon this alluring goddess.  She has been extremely helpful to me in all my work, and I feel she’s a ubiquitous force for good in humanity.  I also sense she has her eye on the future, and that future is bright.

Signed Copies of my Books

About Astrea
Astrea Taylor is the author of Air Magic and Intuitive Witchcraft You can read more about the author here.
Previous Post

April 15, 2021
The Incense Bowl: The Easiest Way to Burn Herbs
Next Post 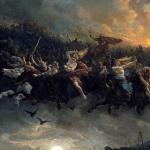 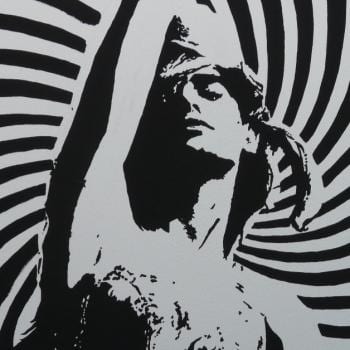